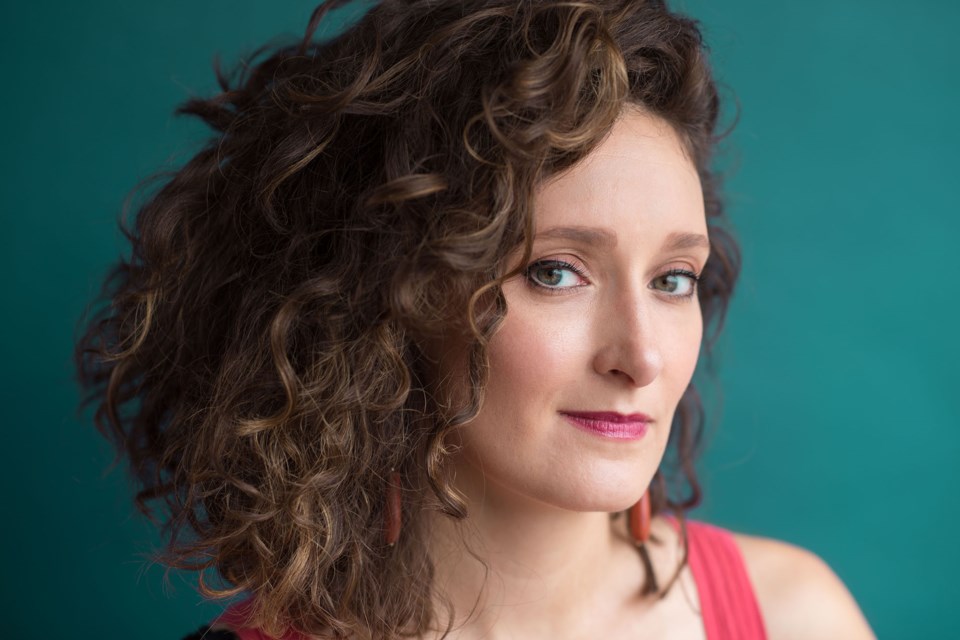 A former St. Albert musician has been nominated for a Juno Award.

Among the 225 nominations, Zosha Di Castri, an École Secondaire Sainte Marguerite d’Youville graduate, received a nomination for Classical Composition of the Year. It’s been an unprecedented year for musicians across Canada, but right now the industry is looking at the 50th annual Juno Awards as a beacon of hope.

For a second straight year, the Canadian Academy of Recording Arts and Sciences is scheduling a virtual presentation streamed live on May 16 from the Budweiser Stage in Toronto. The award ceremony will be broadcast nation-wide through CBC TV, Gem and CBCMusic.ca/junos.

Now an international composer living and teaching at Columbia University in New York City, Di Castri’s debut album Tachitipo has broken new barriers in the contemporary classical discipline. A much in-demand artist, she has developed an extensive resume working with prestigious ensembles such as the BBC Symphony, the San Francisco Symphony, the Montreal Symphony Orchestra and the New York Philharmonic.

Although Di Castri’s schedule did not permit a telephone interview, she emailed answers to Gazette questions about her nomination, the album Tachitipo and her life as a composer.

Q:  How does it feel to be nominated for a Juno Award, especially since Tachitipo is your debut album? What does the nomination mean to you?

A: It is really gratifying to be nominated considering how much work went into composing, recording, editing, and mixing this album. Tachitipo, the piece (and title track), is one of my larger works with live performers and electronics, which was graciously supported by a Canada Council for the Arts grant, both for its commission and for the recording of the album. So, to have the piece recognized back home in Canada is a great gift, regardless of the outcome of the awards.

Q: What was your first and immediate response when you heard about the nomination?

A: I was excited! I immediately contacted the performers and people who helped with the recording to share the good news and to thank them for their important contribution. I am not motivated to write music with the goal of winning awards, but it is always a nice perk when recognition does come your way, particularly for a piece that everyone was very invested in throughout the creative collaboration.

Q: Composers are inspired by a wide range of things – a dream, another artistic discipline, nature, etc. What inspired Tachitipo?

A: Tachitipo is a reflection on writing and the machines we use to execute our ideas. Nietzsche wrote, “Our tools are also working on our thoughts,” something I often think about when composing. With Tachitipo, I turn to a more antiquated technology, the typewriter, to build a syntax of sounds. The title comes from an 1823 typewriter model invented by the Italian Pietro Conti di Cilavegna. For me, the typewriter epitomizes 19th and early 20th-century attitudes toward writing: efficiency is highlighted as typing begins to approach the rapid-fire speed of thought. It also affixes sound to symbols on the page, not unlike modern technologies for music notation.

The term “typewriter” referred both to the machine, the occupation, and the person (usually a woman) who used it. Although taking up typing may have been an emancipatory act, given the tools for writing, women at this time rarely held the power behind the signs they were producing. This was a dictation-job good girls did before getting married, a special, temporary status, not unlike piano lessons previous generations undertook to attract suitors. Here, I reclaim the object as author, transcriber, and pianist.

The initial impetus spurring the composition came from a comic evolutionary diagram attached to an article by Kate Lunau in Maclean’s Magazine, entitled “The downside of human evolution.” It showed the classic progression from an ape on all fours, through early bipedal ancestors, to the anatomically modern standing human – and in direct mirror image, the eventual crouching back down of the body over the exact tools and technologies which have separated us from other species. This image of the body regressing from an erect posture to a figure hunched over work shaped the dramatic progression of the piece and its resulting sounds.

I believe we create art in the hopes of transcending the everyday, to connect with others, to reach toward moments of opening, clarity or understanding, and yet the tools we’ve invented to facilitate this pursuit can result in the consequence of isolating us even further, curling the body back in onto itself.

Q: What statement are you making with Tachitipo?

A: I don’t really think of composing in terms of trying to make a statement; the piece is more a poetic suggestion of the ideas outlined above. Each listener decides what it means to them.

Q:  What were the greatest challenges you faced in completing the album?

A: The greatest obstacles with making this album were that each track features a different ensemble of musicians, and that my team of engineers and the producer, Martha de Francisco, were geographically scattered all around the world. This made the project logistically complex and was time-consuming to bring the project to completion, but I am ultimately happy that I took the time needed to make an album I am proud of.

Q: What were the special challenges/pleasures you had in working with musicians who interpreted Tachitipo?

A: I collaborated very closely with the New York based ensemble Yarn/Wire (two pianists + two percussionists), on the creation of this piece. It was so much fun working with them, as they are incredible and imaginative musicians, who are fearless and open for anything. Their feedback throughout the process helped shape the work and it was always a blast spending time with them.

One challenge in recording the piece was getting all the percussion equipment to the studio, since there is a considerable setup! Because of the electronics and all of the instruments used, we ended up having nearly 125 tracks in the final mix, which made editing a time-consuming process.

Another challenge I faced with Tachitipo was that the performance version had a certain theatrical component. Using lighting and the movement of the musicians around the stage, I was able to create a dramatic arc. In fact, in concert, the piece ends with the percussionists wheeling the female pianists off-stage on hand-built carts. They wear mining head-lamps, while the pianists furiously clack away, crouched over typewriters and castanets as the lights fade to black. This of course can’t be translated directly to an audio recording, so I needed to re-think the end of the piece, and re-imagine how I could use the electronics and studio techniques to create an imaginary theatricality without the reliance on visuals. It was an interesting act of translation.

Q: Has COVID affected your work as a composer? If so, how?

A: Between a full-time teaching job at Columbia University, which has gone completely virtual, two young children, bouts of home-schooling, and little to no childcare, it has been difficult to find time to focus on new compositional projects. Many of my concerts and upcoming premieres were cancelled or postponed, much like everyone else in my field. That being said, I have used this time to focus on my family, and to invest in other kinds of projects like a forthcoming podcast on music and motherhood, which includes interviews and creative long-distance collaborative duos with five performers.

The project includes three parts: a two-day online symposium (April 9-10, 2021) open to the public, a podcast series, and a concert in Fall 2021. Unsung Stories highlights the work of women, including the work of BIPOC and LGBTQ+ composers and musicians at the center, examining how institutional networks and intersections of race, ethnicity, gender, sexuality, national origin, and other identifications impacted the daily work, modes of interaction, and visibility of women composers at the CPEMC/CMC historically and in the field more broadly. It features panels and roundtables with over 30 composers/sound artists, and scholars who will discuss the lineage, musical excellence, experience, and visibility of the diverse women who have worked at the center from the 1950s to its recent history.