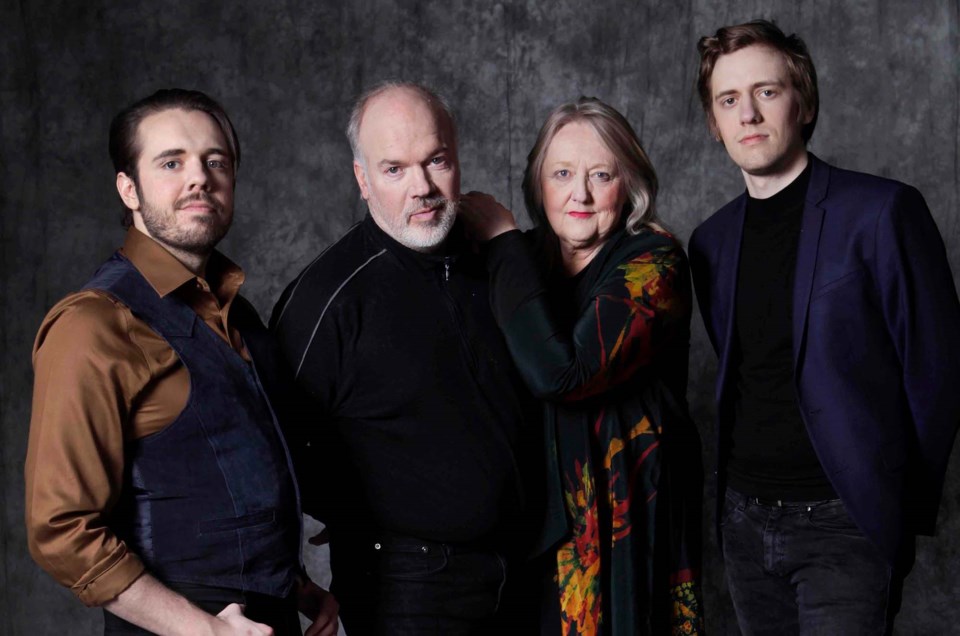 Connie Kaldor has lived in the cosmopolitan city of Montreal for more than two decades. Yet there’s something about the prairies – specifically her home in the Regina, Sask., area – that clings to every cell in her being.

The vast blue skies, the golden acres of grain, the meandering streams and rivers, the cool glades of trees and bushes. But most of all, it’s the big-hearted, resilient people who face a hard life yet continue to have a strong sense of place, community and tradition.

“When I was young, I thought it was out in the middle of nowhere, but that’s what makes it exciting. It’s not cool. It’s not hip, but I wouldn’t want to come from anywhere else. Every place has its beauty. But where you come from has the most resonance,” said Kaldor.

It was only a matter of time before the folk-roots singer-songwriter created a concert showcasing the profound beauty of the west and its inhabitants. “Big Skies to Bridesmaids’ Dresses” will be live streamed through the Arden Theatre on Friday, Feb. 12.

As always, it’s a special thrill for Kaldor as her husband, Paul Campagne, from Folle Avoine and Hart-Rouge, as well as sons Gabriel Campagne of Les Barricades, and Aleksi Campagne, a singer-songwriter-violinist join her.

In a concert first, Kaldor has brewed up a Prairie Cookbook of recipes gleaned from her mother, extended family, friends and individuals who sent her fun food scribblings. And she is offering it as part of the ticket price.

“With the pandemic and the live stream, this (cookbook) was a new way to connect with people. It’s a way of expanding the performance. Viewers can cook or eat Nanaimo bars while watching the show,” she laughed.

The one-hour concert, packed with eight or nine songs and smart ad-libs, goes through the cycle of love from romance to being dumped.

“For me, a satisfying show is a combination of being funny and having something touching. And I want my audience to feel satisfied.”

The three-time Juno Award recipient plans to recreate the beauty of "Wood River," the unofficial anthem of Saskatchewan.

“It’s about a little river in Saskatchewan. It winds and twists and never makes it to the big seas, but it’s one of the area’s favourite parking spots with chokecherry bushes and pelicans. It’s essential for life and it’s beautiful. It’s a symbol of resilience. It’s part of a local community that is essential.”

Then there is "Prairie Moon," a sad lover’s lament, and "Bigger Than Anywhere Else," a nod to Saskatchewan’s blue skies.

“I was watching a photo of my father-in-law pinned in front of my keyboard, and I was inspired to write "Bigger Than Anywhere Else." It explains this part of the world from my perspective. There’s a grace and beauty in this place and people that live there.”

Not shy about being risqué, Kaldor throws in "If You Like Her Perogies, She’ll Like Your Kubasa."

“Yup. It’s naughty. I try to be as naughty as possible.”

As for the recipes, how can you pass up jellied salad or sex in a pan? The concert starts at 8 p.m. MT. Tickets are $20 to $30 and are available at crowdcast.io/e/arden-theatre-presents-a/register.