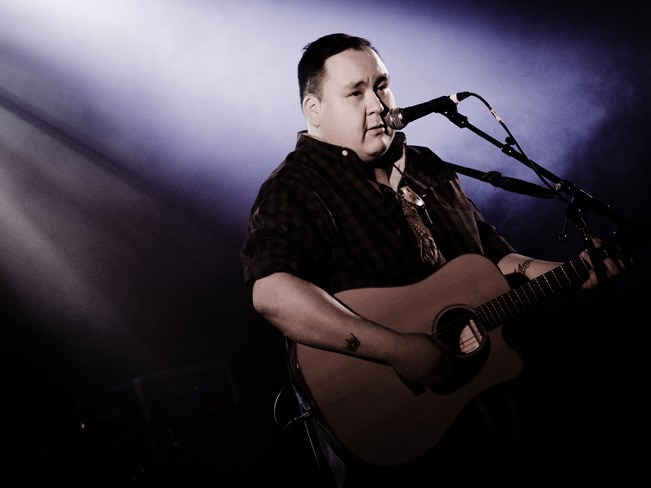 Juno Award winning singer-songwriter William Prince will appear at the Arden Theatre on Thursday, Dec. 7 with love songs and stories about family and friends.

Almost exactly two years ago just before Christmas, William Prince released Earthly Days, a debut album he hoped would connect with music fans. The 11-track effort immediately attracted attention, and the Winnipeg singer-songwriter from Peguis First Nation received heaps of accolades – something unthinkable five years ago. Prince won the 2017 Juno Award for Contemporary Roots Album of the Year. He also picked up a Western Canadian Music Award for Aboriginal Artist of the Year in 2016, and received a Canadian Folk Music award nomination for Aboriginal Songwriter of the Year at the 12th Canadian Folk Music Awards. No longer just slinging tunes around Manitoba bars, the supple baritone is enjoying an upward trajectory, and has cemented a reputation as one of Canada's country-roots artists to watch. Along with special guest Justin Lacroix, Prince is on a 15-stop tour through Saskatchewan, Alberta and British Columbia, and is slated to perform at at the Arden Theatre on Thursday, Dec. 7. "I'll be beta testing potential followup songs to Earthly Days," Prince said. Like a kid in a candy store, Prince conveys an innocent excitement about performing with some of North America's most celebrated artists such as Buffy St. Marie, Bruce Cockburn, Eliza Gilkyson and Kris Kristofferson. "Who gets to meet celebrities every day? It's so healing. I'm truly excited that people are excited to hear my songs," said Prince. His career has taken a lot of twists and turns, but it wouldn't be a stretch to say Prince was preordained to follow music's siren call. Edward, Prince's father was a pastor and gospel singer. In addition to their responsibilities preparing church music, Prince's parents also operated a music business that catered to weddings, socials and community events. "Our house was always filled with great music. Mom liked Whitney Houston, Anne Murray and the Gypsy Kings. Dad liked Johnny Cash, Merle Haggard and Hank Snow. And we would sing all those old hymns." Interestingly, Prince initially set music aside to focus on microbiology at the University of Manitoba. "Unfortunately Dad's health wasn't good and the family was struggling financially. I got into a toxic relationship that led me astray and my focus on music was removed. I started to try to make an album, but the studio I was working with went under. I had nothing to show for it. It was a classic case of the producer runs away with the money." But of all the tragic incidents, it was the ill health and passing of Edward in 2015 that affected Prince the most. But the singer-songwriter accepted the sadness, depression and pain, and is a strong believer in the shifts of energy. "Dad was a giant force in my life. It almost took an exchange. His death led to my success," said Prince adding, "We were close, best friends. We had conflicts, but I'm thankful we could be real with each other." Earthly Days is written with love songs and stories about Prince's life and that of his friends, however production elements tend to be sparse. "My new album will have more modern day love songs. I'm not looking to reinvent the wheel. I'm just looking to grow."