Metro Cinema screens Dancing on Eggshells - The Making of Ancestors and Elders
0
Sep 9, 2019 8:00 AM By: Anna Borowiecki 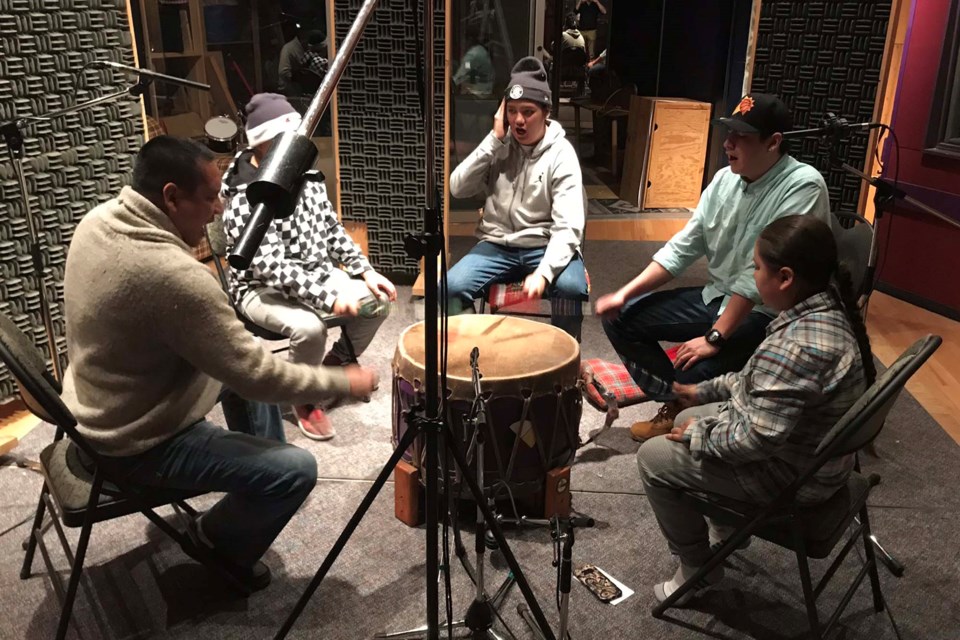 Members of Running Thunder Dancers participate in a recording session.

Dancing on Eggshells – The Making of Ancestors & Elders

When the Ukrainian Shumka Dancers teamed up with Running Thunder Dancers and Drummers to tell the story of 19th century Ukrainian settlers and Indigenous population sharing friendship, it was a nice idea. But the 2018/19 work Ancestors & Elders was also fraught with challenges.

As the project progressed it became obvious the dance would be more than just pretty costumes and sophisticated footwork. It was a first step toward reconciliation between two cultures.

With everyone’s blessing Shumka geared up to shoot a behind-the-scenes documentary, an exploration of the historic union between Cree and Ukrainian cultures.

It focuses on the artists’ creative process as they navigate the difficulties of uniting their respective stories while dancing around 150 years of cultural baggage.

It is titled Dancing on Eggshells – The Making of Ancestors & Elders and is slated for its debut screening at Metro Cinema on Tuesday, Sept. 17.

“I was shooting behind the scenes and quickly in the process, I realized there was more to the story than a typical Shumka story,” said Les Sereda, Dancing on Eggshells director.

Perhaps the single biggest challenge was gaining the trust of Indigenous dancers.

“There’s still that idea of residential schools and people struggle with it. The political story is very real. Trust wasn’t inherent. Trust needed to be earned. For them, establishing a level of trust was a big step and it served the art at the end of the day.”

For Sereda, the huge collaboration was successful on multiple levels.

“It brought two communities of people together to build one show. It showed the different relationships and the healing that can happen in creativity. And that show is what it’s all about.”

“Putting a camera in someone’s face took a lot of time, but it’s also very beautiful in how the relationships paid off.”