Double bill at the Arden Theatre: The Small Glories and AHI 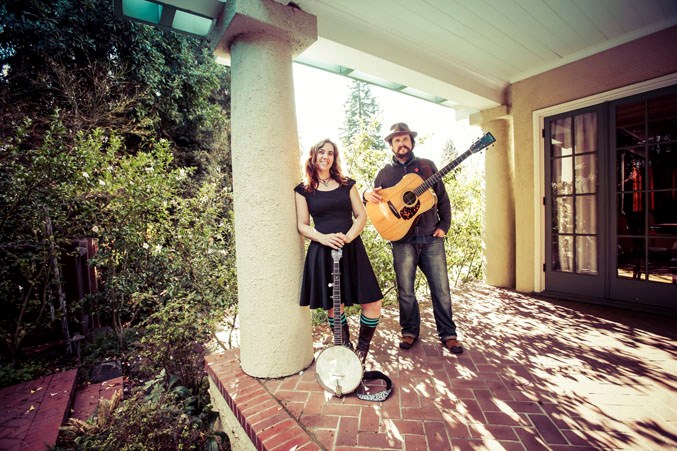 Cara Luft and J. D. Edwards, best known as the powerhouse folk duo The Small Glories share the stage with indie-soul recording artist at the Arden Theatre on Oct. 27.

Since the Glories performed at the Arden Theatre in April, they played the summer folk music festival circuit, flew to Denmark's massive Tonder Festival and toured across the United Kingdom. In addition, the duo is booked for a six-week tour of Australia immediately after Christmas. Somewhere between airports, the duo is working on their second album, slated for a 2018 release. "I'm hiding in my room," laughs folksinger Cara Luft, who along with J.D. Edwards is The Small Glories. "We've been travelling so much lately I need a quiet moment," laughs Luft, not slowing down one iota. At the moment the Glories are at a folk music conference in Ontario, part of an international export program that assists recording artists to find partnerships abroad. Just to keep it interesting they're returning to the Arden on Oct. 27 in a double bill with indie soul singer AHI. The Glories' debut album, Wondrous Traveller, unleashed a series of upbeat accolades detailing the duo's well-crafted songs and vocal chemistry. In an era of superimposed electronics, the songs reminded people of honest, straight-from-the-heart storytelling. Lately, Luft is writing "anthem songs," a reflection of the unstable political climate in the world. "We notice in the States how different it is from Europe. I feel targeted in the United States. There's a level of mistrust. No matter who you are, they don't necessarily trust you. I don't like being perceived as someone who will bring them harm. I don't like being on a watch list because I sing songs of protest." Although emphatic about her thoughts, Luft also believes music is what people need most in troubled times. "I look at the things we can do. In our position, we can sing. We can bring solace. We can bring hope. We can ignite people to speak out for what they believe." Also sharing the Arden stage is AHI, known to friends as Ahkinoah Habah Izarh. The indie soul recording artist has worked the professional circuit for close to seven years. However, it was the 2017 debut album We Made It Through the Wreckage that brought attention to his name. Produced by Eric Masse, the tightly budgeted ten-track was recorded after Izarh, his wife and three children packed up the car and drove to Nashville. "Essentially we made a new sound – indie soul. It comes from my voice. Some people, like Otis Redding draw from depth and passion, and I'm drawing from the same depth and passion." His groovy single Ol' Sweet Day was put on Billboard's Spotify playlist and it went viral. "It landed there organically. We didn't pay to put it on there." With a few dates lined up across the country, AHI is hoping to meet breakthrough fans out west. "I love to tell stories. I have funny stories. I have intimate stories. You get a good glimpse of who I am. At the concert, one of the goals will be to get people up on their feet singing. It will be something you've never experienced before."