Tribute artist Dean Z hooks up with The Cadillac Kings Band and Uptown Horns
0
Oct 4, 2019 7:00 AM By: Anna Borowiecki 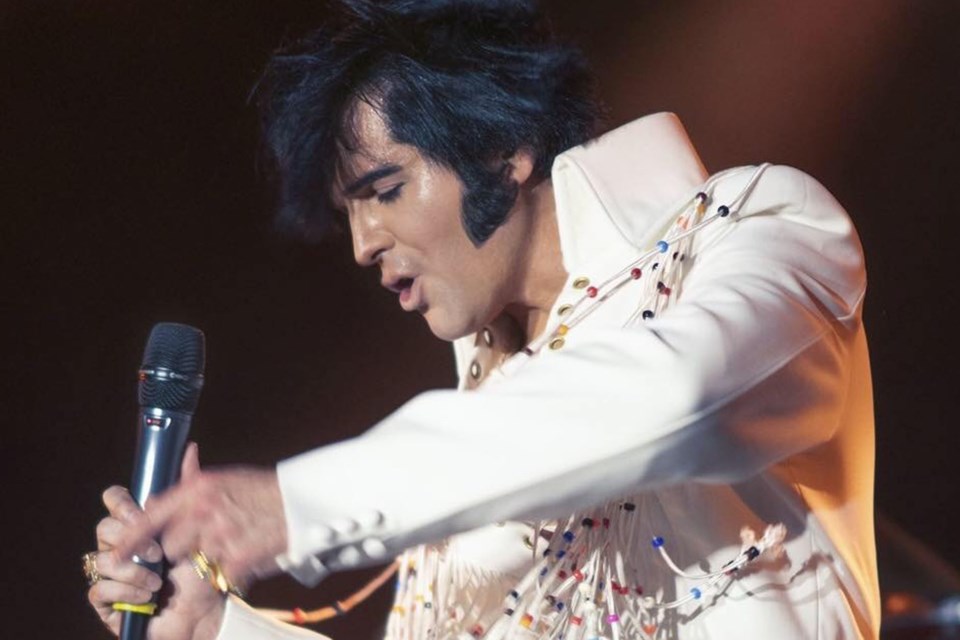 Dean Z pays tribute to Elvis in One Night With You taking place Tuesday, Oct. 8 at the Arden Theatre.

Dean Z in One Night with You

“Memories, pressed between the pages of my mind

When Mac Davis and Billy Strange penned the love ballad Memories for Elvis, it probably never dawned on them the song would become a love letter to fans after the King’s death at 43.

For 42 years, nearly as long as Elvis’ absence, tribute artists have kept his memory alive supported by a legacy of songs and stories.

One of North America’s most popular acts is coming to the Arden Theatre on Tuesday, Oct. 8. Dean Z accompanied by the Cadillac Kings Band and Uptown Hornz, an 11-piece unit that has Elvis’ sound down pat bring a bit of Graceland to St. Albert.

Dean delivers the full Elvis experience, and from his natural resemblance to his similar sounding Elvis voice, he has the ability make you think the King has returned and is standing right in front of you.

“Elvis was like the Big Bang of rock ’n' roll. Rock ’n' roll is the music of America and people all over the world can sing and feel the American nostalgia. He came at the right time. No one since has had it all – the right sound, the right moves, the charisma, the charm that Elvis embodies. He was so ahead of his time. He was the first triple-threat actor, singer and recording artist. He was made from a different mould,” said Dean.

Raised in the Mojave Desert, Dean comes from a long line of singers.

“My father loved classical music and my mother was into the British invasion,” Dean chuckled.

At age three, a decade after the King’s passing, Dean's mother threw him in front of the television to keep him entertained. The documentary This is Elvis was being broadcast.

“It was like seeing Superman. The look, the music, the dancing. I started dancing on the coffee table like it was a stage.”

His mother sewed together a white suit, and in the spring of 1987, he performed Jailhouse Rock at his sister’s school’s talent show.

“Every time I wiggled, the audience would scream and I was instantly hooked.”

With music imprinted in his DNA, Dean started his first of several garage bands at age 11. He experimented with rockabilly, hard rock and even tried a marching band. But ultimately, he believes Elvis’ music chose him before he chose it.

At 17, Dean relocated to the bright lights of Las Vegas and throughout the next 12 years established a well-respected act. By 2007, he moved his headlining show to Branson, Missouri, where he performs at Dick Clark’s American Bandstand Theatre Legends in Concert.

The focus of the Arden Theatre concert hits all the major highlights in the first two decades of Elvis’ career from 1955 to 1977.

“At that time, he was on top constantly setting trends. He sang rock ’n' roll, country, pop, soul, rhythm and blues. You could hear that his heart was in gospel music. He won three Grammys and they were all gospel songs.”

Dean kicks off the show with a bang singing Elvis’ early ’50s hits followed by songs from his ’60s movies. The second set starts with his 1968 television comeback show in the famous black leather suit followed by the King’s reopening at the Hilton in a white jumpsuit.

“He was very fit, very slender and at the top of his game.”