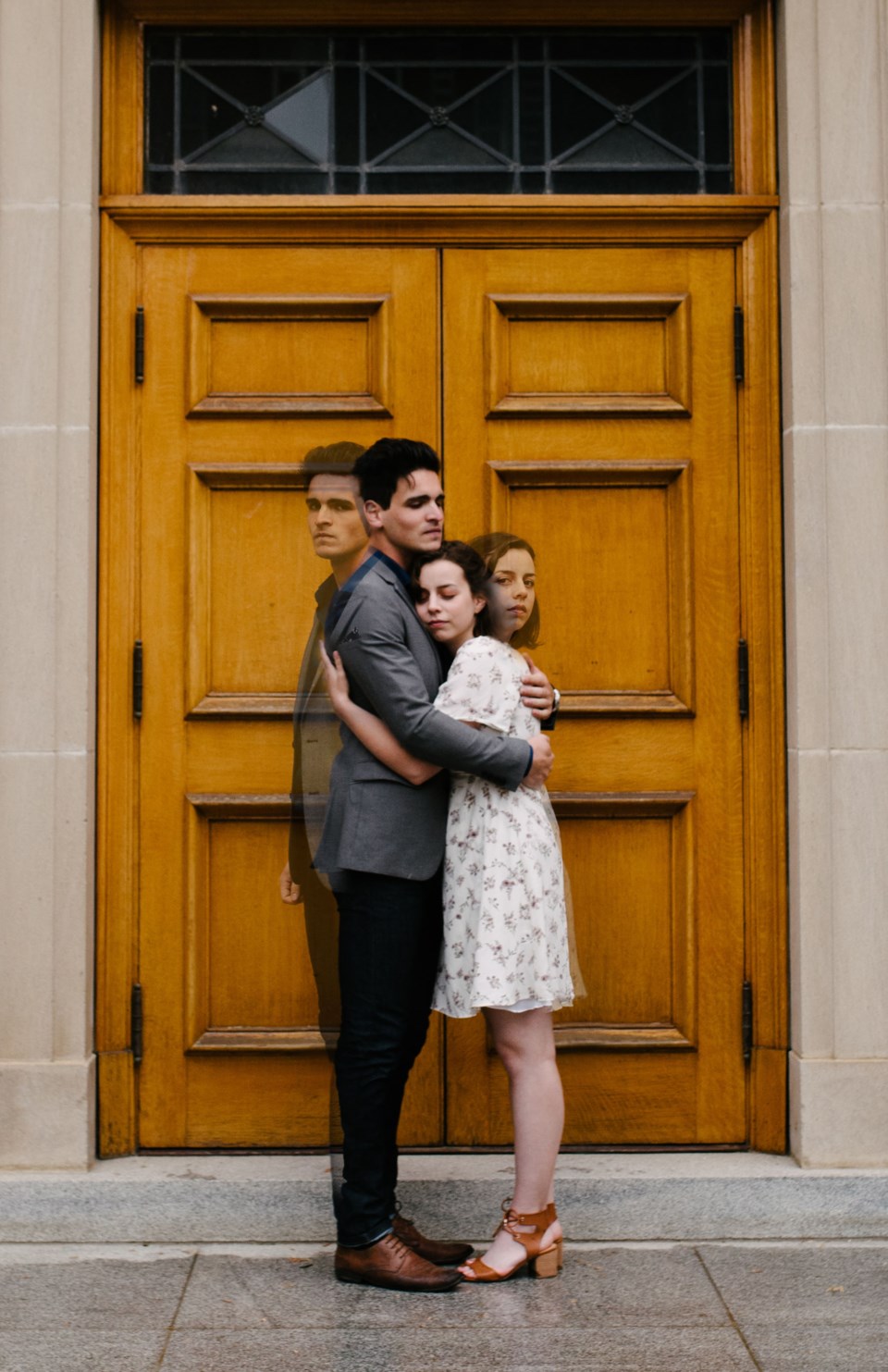 The Last Five Years is at Holy Trinity Anglican Church as part of the Edmonton International Fringe Theatre Festival.

I had never heard of The Last Five Years, but was delighted to hear Broadway luminary, composer-lyricist Jason Robert Brown's score was at the Fringe.

Although it’s an easy introduction to musical theatre fans, it comes across as nicely sung show tunes that are slightly less than satisfying.

Part of this may stem from Brown’s inspiration borrowed from his marriage to Theresa O’Neill and subsequent acrimonious divorce.

The story explores a five-year relationship between Jamie, a hot shot New York writer and Cathy, a struggling actress. Brown uses a clever hook. While Jamie tells his story in chronological order, Cathy narrates her story through reverse chronology.

They are stock stereotypes (as opposed to three-dimensional individuals) and since they never interact with each other except for one duet in Central Park, it’s not a simple relationship to track.

Brown’s score is easy on the ear with tunes from light jazz to reflective ballads. Bella King has a bright, strong soprano voice and her wholesome quality is perfect for a girl who comes to the Big Apple with high hopes only to discover shattered dreams.

Her counterpoint, St. Albert actor Gab Gagnon, is ideal for the role of Jamie, a cocky young writer who shoots into the limelight very quickly. While Cathy struggles with her lack of success, he is at first supportive, but eventually his support turns to resentment.

Gagnon has a leading man quality. In this show he brilliantly exudes a callow arrogance especially during Nobody Needs to Know, a song sung to an unseen lover.

Bellerose High alumnus Keat Machtemes is one of the region’s go-to pianists and music arrangers, and his accompaniment through the 90-minute show is physically demanding and top-tier.

Although this is not one of Brown’s most dynamic scores, another thing that works against the show is location. It is mounted in the basement of Holy Trinity Anglican Church where acoustics for this type of show are non-existent.

If you’ve bought a ticket for this show or plan to see it, sit in a seat away from the musical instruments. If you sit too close, the music occasionally drowns out vocals.