I can’t see former St. Albert resident Mark Haroun’s face during our telephone interview from Calgary. But I do hear the smile in his voice. With good reason.
Oct 1, 2016 12:00 AM By: Anna Borowiecki 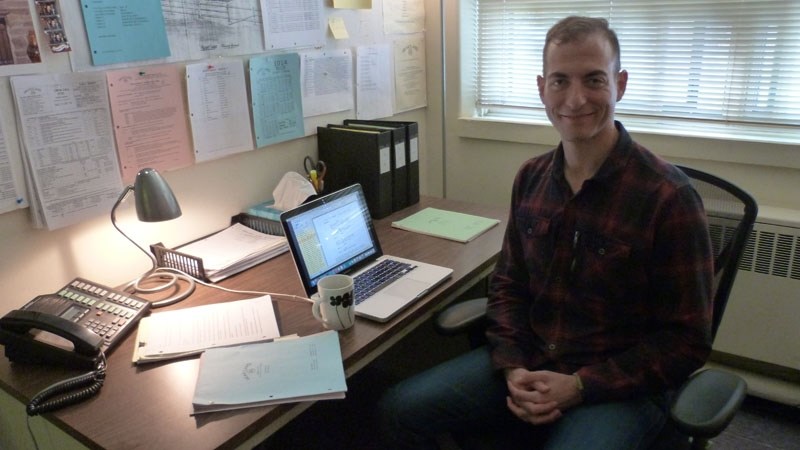 I can’t see former St. Albert resident Mark Haroun’s face during our telephone interview from Calgary. But I do hear the smile in his voice. With good reason.

The co-executive producer and senior writer of Heartland has shepherded the popular CBC family drama through a decade of incredible growth, both in terms of storylines and audience.

A multi-generational saga about a family going through various ups and downs, it regularly receives about one million Canadian viewers per episode. These numbers exclude Netflix’s count of American viewers.

The most anticipated new circumstance is Ty and Amy’s impending parenthood.

Not willing to offer a spoiler, Haroun vaguely grins and says, “They go through all the things young parents go through.”

But he does hint that for Amy’s character arc, the writers explore how it affects her work as a horse whisperer.

Since 2007, the Town of High River has stood in for the fictional community of Hudson. Heartland’s exterior shots are filmed in High River as well as a nearby private property in the Calgary foothills.

The drama’s interior sets are located in a Calgary hangar at Currie Barracks, an old military base that is no longer in use.

Now in the middle of filming the season’s 18 episodes, Heartland has nearly 12 in the can. The shoot starts in early May and ends at the end of November.

The series schedule is demanding. Two episodes are filmed at once with writers and actors putting in 12-hour days polishing story arcs and scenes.

So how does a Bellerose High graduate ascend the ladder on such a high-valued television series?

Haroun was always intelligent, hard working and quite modest about his achievements as a playwright. In 2005, his play, A Giraffe in Paris, was mounted at the Citadel Theatre. It made him the youngest emerging playwright to have a professional play staged at the theatre.

“I had the great fortune to meet Heather Conkie. She was a great part of my television life. She was incredibly amazing, and working with her has been a great privilege.”

She offered him a one-year gig at the contemporary family-driven family western.

“I was incredibly lucky to get in the show. I was in the right place at the right time. When I first came on as a script coordinator, I thought one year was plenty and I’d be going back to Toronto. But I wrote one script and another and incredibly I’m still here.”

As the greenhorn, he spent the first year as script co-ordinator reading scripts and basically learning how television operated.

By season two he was writing scripts and received a Rosie Award for Summer’s End, an episode where Ty’s estranged father comes back into his life.

“It was a rich, terrific story for Ty. He’s the one that’s gone through the greatest character transformation.”

Today as co-producer and senior writer, he manages a team of four additional writers and is on the books to write four new episodes.

“It’s been a great chance to tell stories that are very emotional and to tell stories where characters grow parallel to each other. It’s meant the world to me to know people want to watch it every week. That’s incredibly satisfying.”