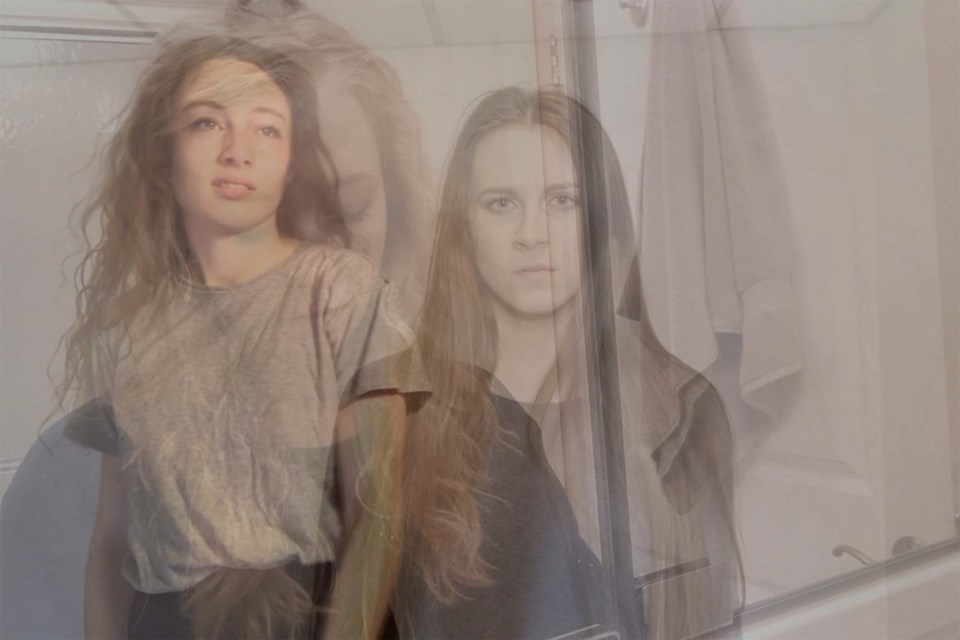 Before Holly Wandler graduated from the University of Alberta’s bachelor of fine arts theatre program, the St. Albert resident had high hopes for a thriving acting career. At the same time, COVID-19 struck, temporarily dashing those aspirations.

The sudden pivot from studying voice, memorizing lines, rehearsing long hours, and attending auditions came as an emotional shock to her as it did for everyone else in the performing arts industry.

Despite Alberta’s gradual opening up, there is still a great deal of uncertainty about the future. When The Hidden Neighbourhood invited Wandler to dance in a virtual version of Invisible Threads at the 2021 Nextfest, it was a no-brainer.

Now employed at Camper’s Village, it was Wandler’s first performance since her 2020 graduation, an opportunity to share her passion with audiences. In addition, Invisible Threads presented another chance to collaborate online with former classmates on a show that originated as a required in-person class assignment.

“Everyone explored different characters and ideas. We rehearsed and danced separately. Although we tell entirely separate stories, we all had invisible threads, invisible connections no one expected to see,” said Hidden Neighbourhood co-artistic director Braden Butler, one of Wandler's former classmates.

A second digital version of the three-episode showcase was originally planned as an outdoor film shoot with eight dancers.

“When restrictions came in, we were no longer allowed to film in the way we planned. So, we set up phones in our homes and self-recorded,” said Butler.

The first episode is Yvonne, Butler’s eight-minute choreographed salute to his grandmother, an avid bird-watcher. It is performed by three dancers: Caitlyn Kelly, Emily Anne Corcoran and Meegan Sweet and is backed by Butler’s original composition, Chickadees. Yvonne runs Friday, June 4 at 6:45 p.m.

The second episode is choreographer Jackson Card’s Duet, a two-hander backed by music from various artists. Emily Corcoran and Beverley Rockwell dance as two individuals attempting to plug into each other but never quite succeed. It showcases June 6 at 6:35 p.m.

The third episode is No Body, a poetic form that brings together eight dancers including Wandler. Choreographer Meegan Sweet bases it on they/them’s deeply personal mental health experiences. It takes place June 9 at 7:30 p.m.

“It navigates two worlds of how you think you’re being perceived by the outside world and how the world actually sees you,” Butler said.

Sweet’s vision encouraged dancers to develop ideas that reflect their talents and voices. She sent each dancer four word prompts: destroy, dissolve, judgment and compassion. Dancers were requested to provide two, one-minute, wide-angle shots and two, one-minute close-ups of their interpretation from each prompt.

Wandler turned her bedroom into a makeshift home studio and adapted her cellphone to record.

“I had to push all the furniture to one side of the bedroom and I had to create a neutral background big enough to dance in. I set up three lamps for lighting and propped up my phone with boxes. The things we do for online theatre. It looked a bit weird, but it got the job done,” said Wandler.

The Paul Kane High alumna’s biggest difficulty was wondering if her interpretation worked for the director. When rehearsing in groups, performers feed off each other’s energy. Although No Body amplified her ideas and talent, the isolation created its own demands.

“Online theatre presents challenges never present in live theatre. So much of it is being resourceful, but it takes a new level of creativity to make theatre magic from using just what you have. It takes everything to a new level.”

Butler closes by saying, “We believe in making art that is relevant. When you make art that is relevant, the audience makes its own connections and opens the door to creating moving experiences for others. This show is deeply relevant. Robert LePage once said, ‘What comes from the heart is taken to the heart.’”

Nextfest is a free, online event that runs from today to June 13. Visit nextfest.ca to watch.