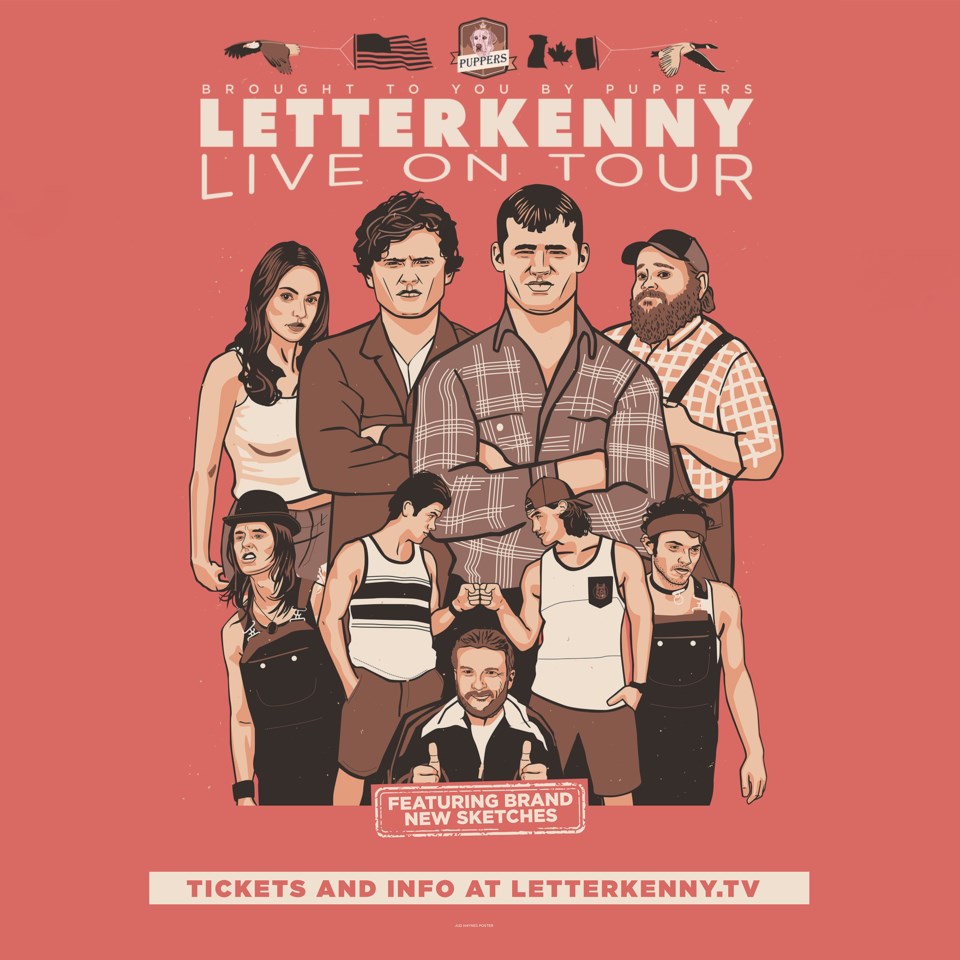 Letterkenny Live is going on a massive North American tour with a stop at Northern Alberta Jubilee Auditorium on April 2, 2020.

At best, reviewers are describing Letterkenny Live as “R-rated, offensive, revolting, distasteful, foul-mouthed, meant to offend anyone and everyone.”

They've also noted audiences packed with millennials are eating it up.

Following a short but highly successful run in major American cities this past summer, Letterkenny Live is back on the road with a major North American tour. It hits 12 of Canada’s most influential venues, including Edmonton’s Northern Alberta Jubilee Auditorium on April 2, 2020.

Tickets go on sale to the general public Friday, Oct. 25, at ticketmaster.ca.