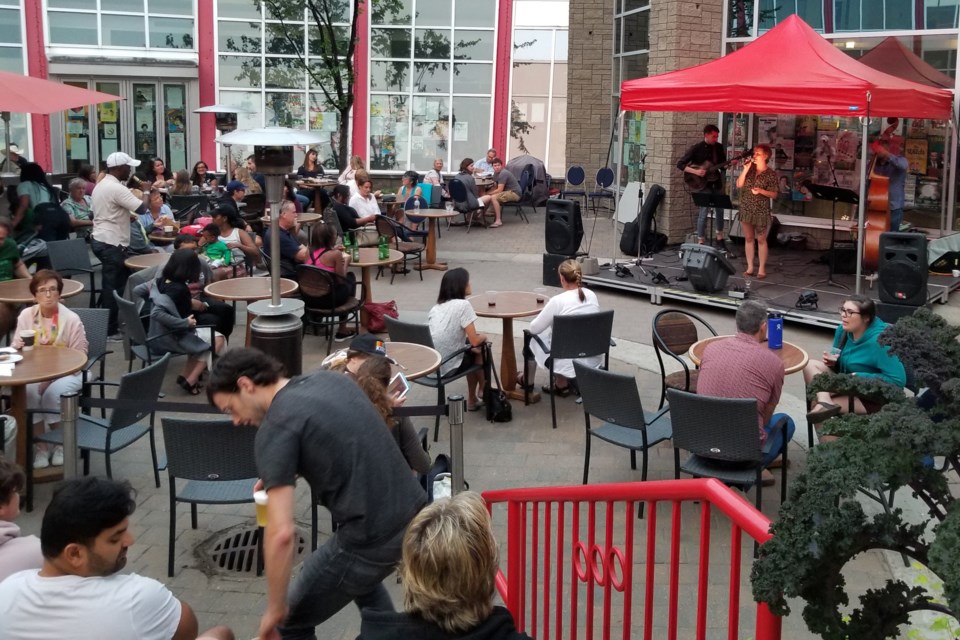 Once again La Cité Francophone runs its popular Summer Patio Series every Friday from July 17 to July 28, though this year's event will look different due to COVID-19.

Music has been one of the biggest casualties of COVID-19, however live music is slowly returning to the Edmonton region.

After more than three months with limited, if any, gigs, local musicians will gather for live concerts at La Cité Francophone’s third annual Summer Patio Series.

“We’ve had wonderful success these past two years, and most people are looking forward to something like this," said Allen Jacobson, La Cité Francophone cultural manager.

Alberta health officials have cleared the path for musicians to perform at local venues to live crowds.

Designed with a perfect bowl-shaped outdoor space, La Cité, located in southeast Edmonton, is ideal for a seven-part music series that runs every Friday evening from July 17 to Aug. 28.

"We have excellent musicians and one of the best patios in the city. The combination of different cultures will make it a great celebration,” Jacobson said.

The chain of concerts will operate at 50 per cent capacity and the stage will be further from the audience than the required two metres for social distancing. In previous years, the patio series attracted up to 200 people.

“We’ve talked to health inspectors and we can have gatherings of up to 100 on the patio and 100 indoors in our conference rooms,” he said.

Concerns about spreading droplets have limited the concerts to instrumental music, meaning brass instruments, reed instruments like the saxophone, and vocals will not be allowed.

The Chris Andrew Duo, composed of pianist Chris Andrew and bassist Josh McCann, fire up the lineup this Friday. They will perform two hours of jazz standards and original material.

“I had the pleasure of working with Chris doing something in June for the jazz festival. He’s such an elegant, refined pianist and he makes a great duo with Josh,” Jacobson said.

“This particular work was composed a few weeks before Schubert died at the age of 31. It’s often regarded as one of the greatest pieces of chamber music ever written.”

“They have performed music for 20 years. They have a telepathy and synergy that comes with the territory. They write beautiful songs in French and Frank also speaks Spanish. They are light and energetic. They’re a real musical couple and they have so much fun together.”

Shifting the style and tempo, Marco Claveria and Frank Bassai, two exquisite multi-instrumentalists, offer a tour of world music with a Latin American tilt on Aug. 14.

“Marco and Frank are more world-oriented, more guitar-centric. Their interplay is something to see.”

The La Cueva Trio, fronted by Marc Beaudin, follow on Aug. 21 with Spanish-influenced instrumental music blends and sensual flamenco rhythms with shades of classical and jazz.

Closing the series on Aug. 28 is Centre Development Music, a Francophone youth musical group that offers concerts across the region. They plan to deliver a two-hour concert featuring up-and-coming Francophone artists.

Only 100 tickets per show will be sold through Eventbrite.com.

“We’ve fenced off the grassy area. You can only buy a ticket for the patio online. When we’re full, we’re full,” Jacobson noted.

The Friday night concerts take place from 7 p.m. to 9 p.m.