The third annual Seven Music Fest announced its lineup on Friday (March 10) at Night of Artists. The 2014 Juno Award winning Strumbellas are this year’s featured headliners. “We seem to have a lucky touch when booking advance bands.
Mar 15, 2017 12:00 AM By: Anna Borowiecki 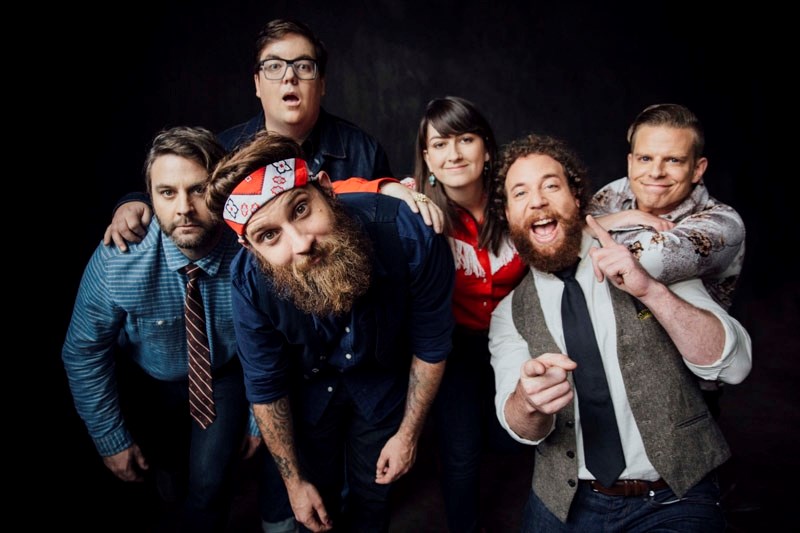 The third annual Seven Music Fest announced its lineup on Friday (March 10) at Night of Artists. The 2014 Juno Award winning Strumbellas are this year’s featured headliners.

“We seem to have a lucky touch when booking advance bands. Days after we signed The Strumbellas, they were nominated for three 2017 Juno Awards – Fan Choice, Single and Group of the Year,” said festival producer Barry Bailey.

“They’re a six-piece band and I like the variety of instruments they bring. When I book a band, I look at the songs first and The Strumbellas have really strong songwriting skills.”

Another Juno favourite on the bill is The Rural Alberta Advantage, a Canadian indie rock trio earning widespread critical praise from The New York Times and Rolling Stone.

“With their addition, we can confidently say this is the best possible line-up we could have asked for,” Bailey noted.

In case Frazey Ford draws a blank, she is a Canadian singer-songwriter with a neo-soul beat influenced from various rhythm and blues singers.

“I first heard her on CKUA and CBC. She started off as a folk artist and has expanded with a bit of R&B, a bit of funk. She’s stayed true to her roots, but wrapped it in her own sound. She’s not a household name, but she has the most identifiable sound.”

Indie rock band The Elwins returns for a second straight year. Last year lightning strikes forced a stage shut down for about 40 minutes as a safety measure. Unfortunately, the closure occurred during The Elwins’ slot.

“We’re excited to have them back and give them an opportunity to perform and for fans who came to see them but were unable.”

The Royal Foundry, a folk band that shifted towards rock, is also in the spotlight. In 2015, it won $75,000 as part of the Peak Performance Project for the song Running Away.

Their latest single Dreamers received its first big exposure during a live concert for the World Cup of Hockey. After its release, Disney jumped on board to use it for its 2017 Wedding Dress Fashion Line.

“Some songs you hear and you say ‘Oh yeah. I’ve heard that before.’ With them, their songs are so refreshing.”

As part of their summer tours, The Provincial Archive is also slated to appear. It’s special for Bailey since two members from the pop-rock trio are St. Albert musicians – Craig Schram and Stephen Tchir.

“I like their youthful enthusiasm. They’re gonna grab rock ’n roll and make their dreams come true. They’re doing it the right way by honing their chops with lots of live gigs and recordings.”

Calgary singer-songwriter Sykamore is a country singer slowly building her credentials. She released her debut album Petal in 2013 and has shared bills with Canadian heavyweights such as Paul Brandt, Tebey, Lindi Ortega and Adam Cohen.

“When I listened to her songs, her voice leapt out at me. It reminds me not quite of Patsy Cline but a bit more of Emmylou Harris. She has a really nice musicality.”

Opening the main stage is Paul Woida who in 2016 performed on Seven’s showcase stage.

“I first saw him at the 2015 Mayor’s Celebration of the Arts. He had this wild hair and he was kind of in beach shorts and flip-flops. He comes out with his guitar and looper and he builds this song right in front of you. After the performance I asked him if he wanted to be part of the showcase and he’s back.”