Northern Light Theatre has something special to celebrate 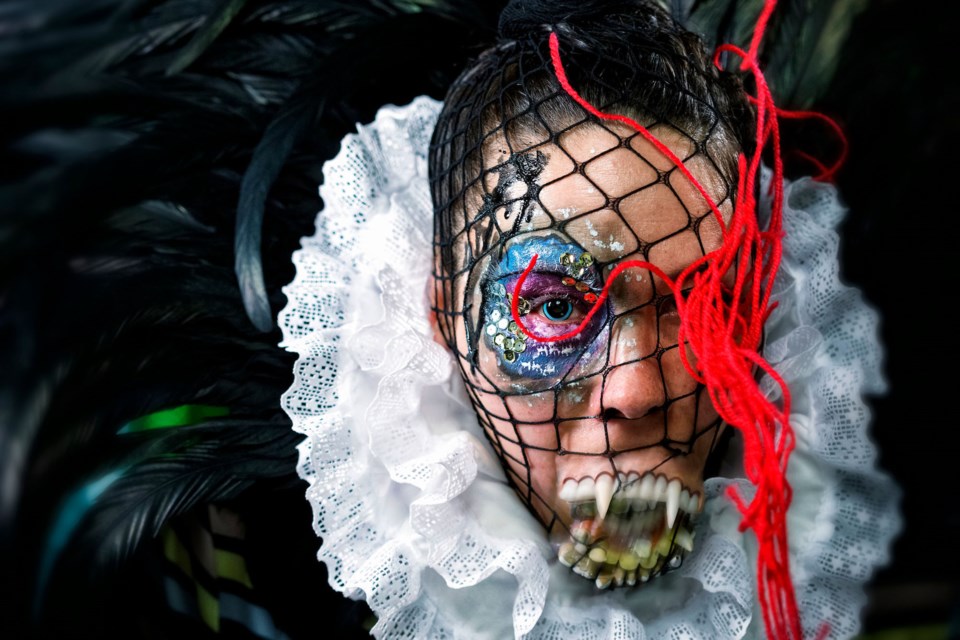 Lora Brovold takes on the mesmerizing role of The Ugly Duchess in Northern Light Theatre's final production of this season taking place May 6 to May 22, 2021.

The team at Northern Light Theatre is thrilled about two things. Not only is the small company reopening its doors at the Westbury Theatre, but this year, it also celebrates its landmark 45th anniversary season with a four-show lineup exclusively featuring five dynamic mature actresses.

Originally launched as a lunch-box theatre in 1975 by the far-sighted Scott Swan and Allan Lysell, the theatre gradually introduced masterful productions from George Bernard Shaw to Brecht. It even produced the first taste of Shakespeare in the Park, mounted on Connors Hill in 1980.

As the current artistic director for the past 18 years, Trevor Schmidt has continued to push boundaries with more provocative, edgy works.

He admittedly has a soft spot for women past the ingénue years. He composed this season’s quartet of plays keeping in mind the time older actresses have invested in their craft, and how difficult it can be to secure a role if one is of a certain age – actresses trapped in a culture that values youth and beauty over wisdom and experience.

“My original concept was to do a season of shows with women of a certain age. I wanted to ask, ‘What is a woman’s place and value when her looks go, when sexually she no longer holds value? And if so, what value are women if they are not viable as sexual objects?’ Today, there’s a big push to support emerging artists, but often the mature artists are overlooked,” said Schmidt.

For the season’s first production, he brings back Kristin Johnston (Baroness Bianka’s Bloodsongs) in the world premiere of We Had a Girl Before You running Nov. 5 to 21 at Westbury Theatre. In this production, Schmidt takes on a triple workload as playwright, director and costume designer.

This is Johnston’s third starring role under Schmidt’s wing. Their artistic partnership has blossomed to the point he wrote We Had a Girl using Johnston as his muse.

“Kristin is such a joy to work with. She’s super multi-talented. She’s a gifted comedienne and she’s a hard worker. And I like working with her. She’s pleasant, grateful for the work and collaborative.”

In writing We Had a Girl Before You, the playwright was influenced by Gothic romances and thrillers set in the Regency era.

In his play, the heroine is no longer young or beautiful. But she still holds on to the trope of a spinster searching for romantic adventure. She is hired as a companion at a mansion, but discovers there were many other girls in the post before her that were dismissed.

Next in the lineup is the North American premiere of The Look running Jan. 14 to Jan. 31, 2021, at Studio Theatre inside Fringe Theatre.

Written by Australian playwright Alexa Wyatt, The Look plays upon the illusion of physical beauty. Marilyn is an ex-photographic super model who was once celebrated as the original “Estelle girl.”

Age has demoted her to giving lectures to sales girls on the Estelle cosmetic range. During one of her training sessions, she forgets her notes and slips back through time.

“She talks about the theory behind cosmetics. What women owe, what men expect. And she has a bit of a meltdown. She gets distracted and forgetful to where she’s going. She sees things in her history viewed from a distance and sees she was complicit in her oppression,” said Schmidt.

Tackling the role is Linda Grass, a statuesque blonde who corners the market on elegance and eloquence.

“Linda creates her signature looks but is so funny in this role.”

The season’s third production is the Tennessee Williams' classic Something Unspoken running April 14 to May 1 also at Studio Theatre. The only show in the NLT lineup with two actresses, the one-act was written in 1958 and debuted as part of a double-bill of Williams' plays.

The action takes place in Meridian, Louisiana, where two women live in a codependant relationship yet cannot deal with an incident that happened years ago.

Miss Cornelia Scott is a wealthy Southern spinster whose greatest desire is to be regent of the local chapter of the Daughters of the Confederacy. An election is underway and she’s waiting to hear the results.

Her secretary and live-in companion, Grace, has been with her for 15 years. Despite their long relationship, a mysterious undercurrent of tension exists between the two women.

“It interests me in that it’s about a different relationship and what happens if you don’t speak the truth for years. What are you gaining by not speaking?” Schmidt asks.

“In theatre you figure out the motivations, but this play has a very enigmatic script. There’s a lot of talk about nothing and a lot of dancing and waiting for someone to make the first move.”

The final play of the season is Victoria playwright Janet Muncil’s The Ugly Duchess. The dramatic work is based on Margaret Maultasch, a 14th century monarch of Tyrol reputed to be the ugliest woman in history.

“She was famed for her unfortunate features. But she had an enviable piece of land and was sought after by many men. She learns at a young age looks matter to society. But she holds on to the idea that if she is good, someone will love her.”

She realizes her husband doesn’t love her and must deal with constant court machinations. Eventually her panic-stricken subjects even vilify and blame her for the plague.

“She had to fight to be seen as a ruler in her own home.”

Munsil originally created the role casting her husband actor Paul Terry as Margaret. Schmidt has instead recast the beautiful Lora Brovold as the medieval monarch.

For this transformative piece, Schmidt stated it was less about horrifying the audience than seeing Margaret’s true inner beauty.

The Ugly Duchess takes place from May 6 to May 22 at Studio Theatre.

There is limited seating capacity to allow for social distancing. PPE will be in place and audiences will be expected to wear a mask upon entering the building. Tickets are available at 780-471-1586 or online at northernlighttheatre.com.