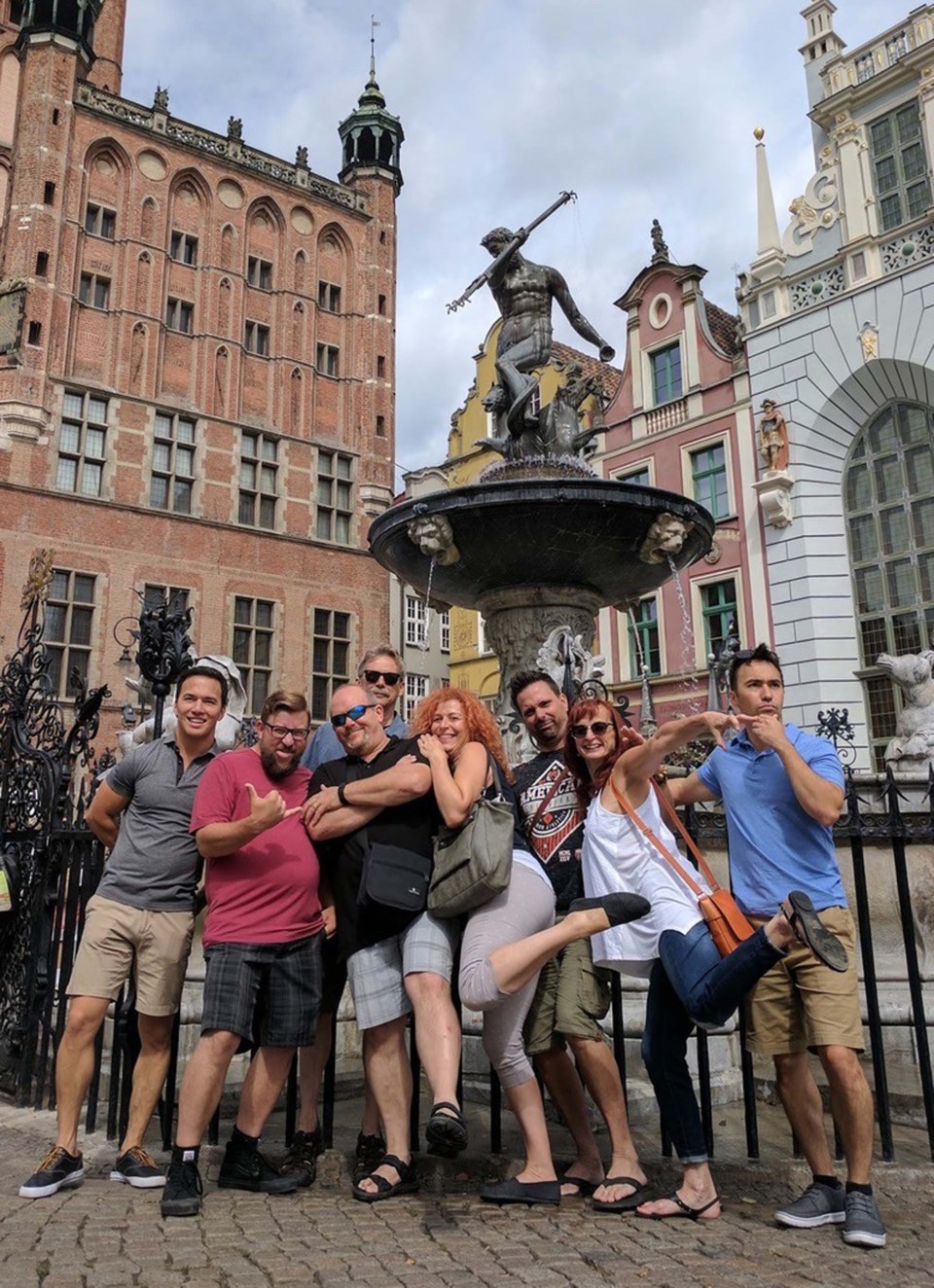 In between work Obsessions Octet likes to have fun. Here they are pictured on their 2017 European tour hoofing it up in front of Neptune's statue in Gdansk, Poland. Obsessions Octet releases its fourth album, Reverence, on Sunday, Oct. 6 at the Polish Hall.

Obsessions Octet is more than just a light ensemble offering an assertive sound that evokes a big band production.

Reverence, the group’s fourth album following Obsession, Melodia and Steppin’ Up, is being released on Sunday, Oct. 6 at the Polish Hall in Edmonton.

For Sangster, Reverence represents how the ensemble has found its voice.

“If I could describe it, it’s a band now. Regardless of what we write, it morphs into its own personal work. This band has developed a personal interpretation of the composers and the sound is its own,” Sangster said.

He goes on to state the album's eight tunes sound literally like playing a live concert.

“When we first started to perform we didn’t have the mileage. This album is like capturing a moment of a performance as opposed to attempting to assemble a piece of music.”

He credits the octet’s last two European tours for creating a catalyst that gelled their brand of swing and swagger.

To catch that live-in-concert vibe, Ballad for Bernt was captured live-off-the-floor in a studio during their last tour in Poland.

However, the album’s lead tune, Reverence, encapsulates the octet’s journey and is followed by Maria Schneider’s Walking by Flashlight.

“Maria has always been generous with her music and I asked if she had a string arrangement and she did.”

Alan Gilliland contributed Morse, a 2012 composition that salutes Morse Code. Sangster labelled it as “a tricky, tough piece. It is a complete departure from what we’ve done and heads in the direction of a 1970s Miles Davis."

Almost in the same break the darker Crackovian Nights juxtaposes against the lighter Mr. Rollins, an easy-going calypso piece that tips the hat to Sonny Rollins.