Although relatively new to Canada, the Toronto-based powerhouse is a winner of multiple awards
0
Jan 9, 2020 12:30 PM By: Anna Borowiecki 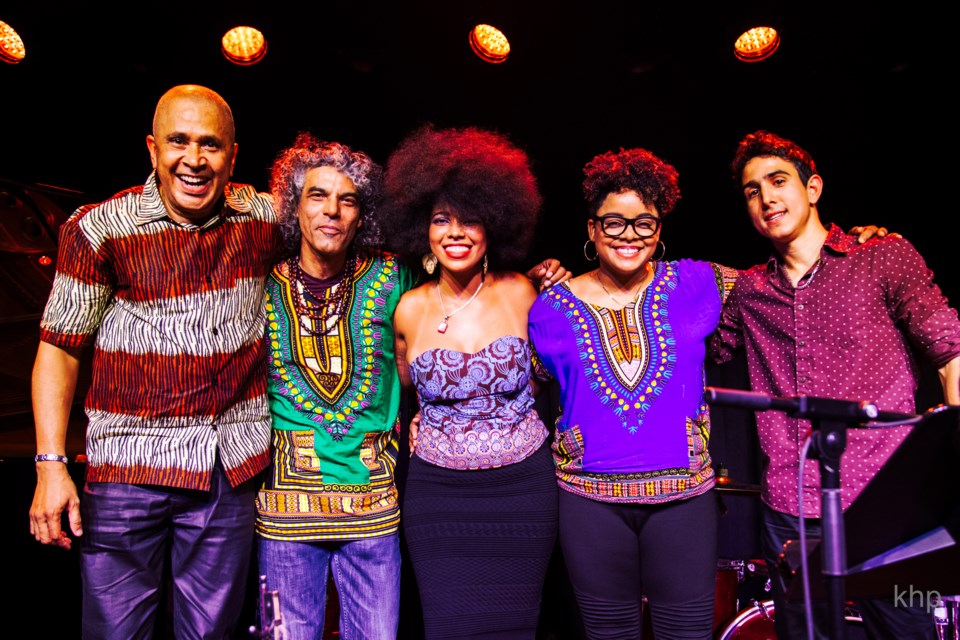 The hot Cuban rhythms of OKAN come to the Arden Theatre on Saturday, Jan. 18. The female founding musicians are Elizabeth Rodriguez (centre) and Magdelys Savigne (centre-right).

In the last three decades, plenty of Cuban men have made their mark on the Latin, world and jazz scene starting with the Buena Vista Social Club, an international sensation that revived pre-revolutionary Cuban music styles such as son, bolero, filin and danzón.

Women, on the other hand, were relegated to all-female dance bands or squeezed into skintight dresses as part-time vocalists for male-dominated bands.

But all that is changing as a new generation of women with serious chops as instrumentalists are stepping into the limelight and forming connections with the international community.

One of the most exciting Cuban projects in the last five years emerging from the Toronto Latin music scene is OKAN (translates to heart), a group that seeks to establish its own identity by immersing itself in the world cultural scene.

“We are different in that we compose differently. We are not a salsa band. Most Latin musicians that come to Canada are salsa or timba players or jazz musicians. They come with different music in their head. We are more connected to the Afro-Cuban side and more open to world music,” said Savigne.

OKAN is making its prairie debut with a six-city tour including a stop at the Arden Theatre on Saturday, Jan. 18. Providing support are Roberto Riveron on bass and Miguel de Armas on piano.

Born in the cosmopolitan city of Havana, Cuba, Rodriguez is a classically trained violinist who served as concertmaster for Havana’s Youth Orchestra.

Meanwhile, Savigne grew up on the opposite side of the island in the more traditional, laid back city of Santiago de Cuba, and graduated in orchestral percussion from Havana’s University of the Arts.

One of her instruments is the Batá, a double-headed drum shaped like an hourglass. It is closely linked to Cuba’s Santeria religion where women are forbidden to play the Batá.

Savigne’s love affair with drums occurred after her mother took her to see a folkloric dance accompanied by the Batá.

“I couldn’t stop listening to its rhythms and magic. I wanted to play. No one wanted to teach me so I watched the big boys.”

Eventually persistence paid off. She discovered a street musician named Buenaventura who taught her the basics.

Now both Savigne and Rodriguez are female role models who in turn were mentored by Jane Bunnett’s Maqueque, an all-women Grammy nominated Afro-Cuban sextet.

The duo met through the iconic Maqueque, and after striking out as OKAN they settled in Toronto in part to absorb all its cultural influences.

To date, OKAN has released the six-track Laberint and the eight-track Sombras (Shadow), a dedication to their ancestors.

“We want people to enjoy our music and dance if they can. It’s always good to see the rest of the world out there.”