Reconciliation tales for the kids

It’s perhaps the audience most left out of the discussions about truth and reconciliation: Kids. Award-winning author and international speaker Monique Gray Smith is trying to change that by bringing her two new kids books to St. Albert on Friday.
Nov 22, 2017 12:03 AM By: Scott Hayes 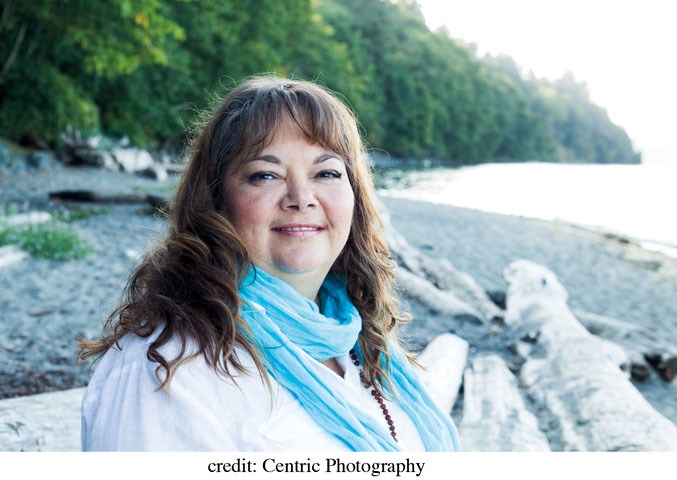 nternationally acclaimed author Monique Gray Smith will bring her two new books to the St. Albert Public Library for a special presentation on Friday. Metro Edmonton writer in residence Richard van Camp will host her as she introduces her new truth and reconciliation books for kids.

It’s perhaps the audience most left out of the discussions about truth and reconciliation: Kids. Award-winning author and international speaker Monique Gray Smith is trying to change that by bringing her two new kids books to St. Albert on Friday. By her account, it was no easy task that she challenged to take on. “I knew that it would take a lot to write a book that the truth could be written in a way that young readers could read it and understand it without being traumatized,” she said. “For me personally, I didn’t know if I had it in me to write that book.” That book became Speaking Our Truth: A Journey of Reconciliation. It’s the author’s way of helping young readers to learn about residential school survivors and the people who are putting the Truth and Reconciliation Commission into action. “As a country, we’ve gone very quickly to reconciliation because we’re Canada, right? People around the world know us to be nice. But we have to remember the truth. There’s a reason why reconciliation is being required in our country." She writes about the residential schools, the Sixties Scoop, Indian day schools, and many other painful historical points. “I talk about the electric convulsive chairs. I talk about the malnutrition. I talk about the abuses – physical, sexual, emotional … I don’t not talk about what actually happened in those schools but it’s done in a way that young people can say, ‘how did this happen in our country?’” “I think it’s really important for our young citizens to know these pieces so that when they become the future legislators and policy makers and social workers, they know the history so it never gets repeated again.” She added that the book is being picked up by readers of all ages, not just kids. “It’s a gentle entry for a lot of people,” she said. Gray Smith, a mixed heritage woman of Cree, Lakota, and Scottish descent, has focused her career on prompting and nurturing social changes that emphasize the strength and resiliency of the First Peoples of Canada. Her second book, You Hold Me Up, tries to start the dialogue about reconciliation among young people, their teachers, parents and their families. The book is beautiful not just because it’s illustrated by celebrated artist Danielle Daniel but also because it encourages children to show love and support for each other and to consider each other’s well-being everyday. It was inspired by Aboriginal Head Start, no-cost early intervention Aboriginal preschools such as the one in Edmonton near St. Albert Trail. “I’ve always loved that program,” she said, mentioning that she was once the executive director for the British Columbia chapter. “I think it’s one of the programs that’s really a healing program for the legacy of residential schools.” She will be in conversation with Metro Edmonton writer in residence Richard Van Camp in his last weeks stationed at the St. Albert Public Library. “This will be Richard’s last formal program at the library, and we are delighted that he has chosen to share the stage with Monique to raise awareness and understanding of Canada’s relationship with its Indigenous people,” said public services manager Heather Dolman. “It is indeed a privilege to have these two dynamic artists here in St. Albert, both of whom have an amazing ability to connect with their audiences. This is a significant event in our program calendar.”