"More Than Dance, We Are A Movement" marks the rise of one of the world’s most prolific Indigenous dance incubators.
Apr 14, 2021 5:15 PM By: St. Albert Today Staff 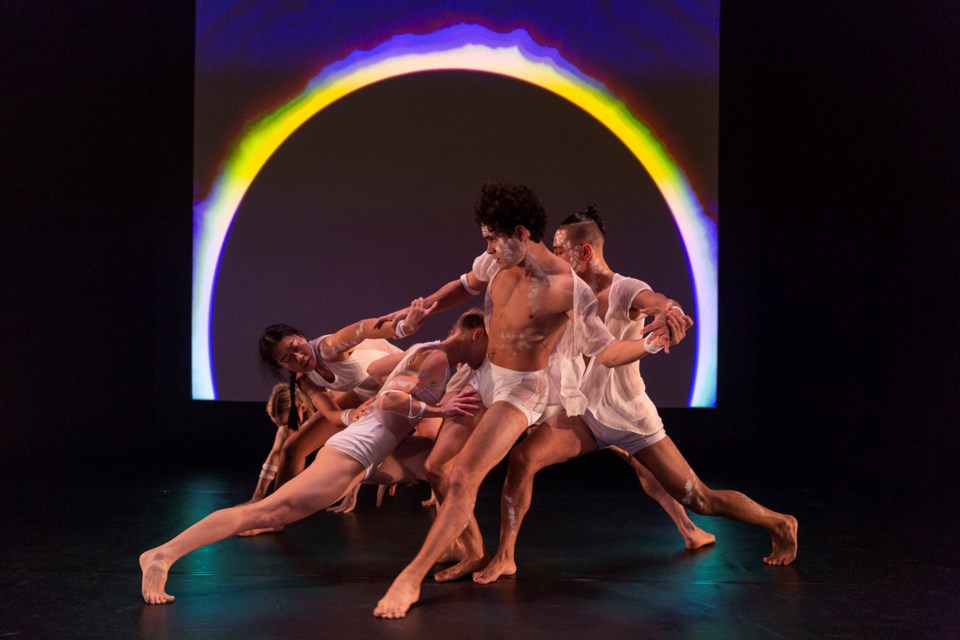 Red Sky Performance celebrates the power, athleticism and artistry of the Indigenous dance company through More Than Dance, We Are A Movement, streaming April 14 to 20.SUPPLIED PHOTO

"More Than Dance, We Are A Movement" marks the rise of one of the world’s most prolific Indigenous dance incubators. The 60-minute film contains excerpts from the award-winning dance company’s "Trace" and "Miigis" as well as interviews with collaborators that embarked on the two-decade long odyssey.

More than anything, it captures the bold, creative thinking of executive and artistic director Sandra Laronde, a true theatre visionary that propelled an unknown dance company to international acclaim.

Among the film’s dances is "Trace," a highly kinetic contemporary dance inspired by Anishinaabe sky and star stories. It offers a glimpse into Indigenous ancestral origins as well as its vision of a future evolution.

Another is "Miigis", an origin story of travel from the Atlantic Coast to the Great Lakes. It fuses modern Indigenous dance with extraordinary athletic form. Throughout, "Miigis" explores the catalysts for migration, ancestral forces and the cycle of life.