A salute to creative and imaginative go-getters is postponed to November
0
Mar 14, 2020 11:00 AM By: Anna Borowiecki 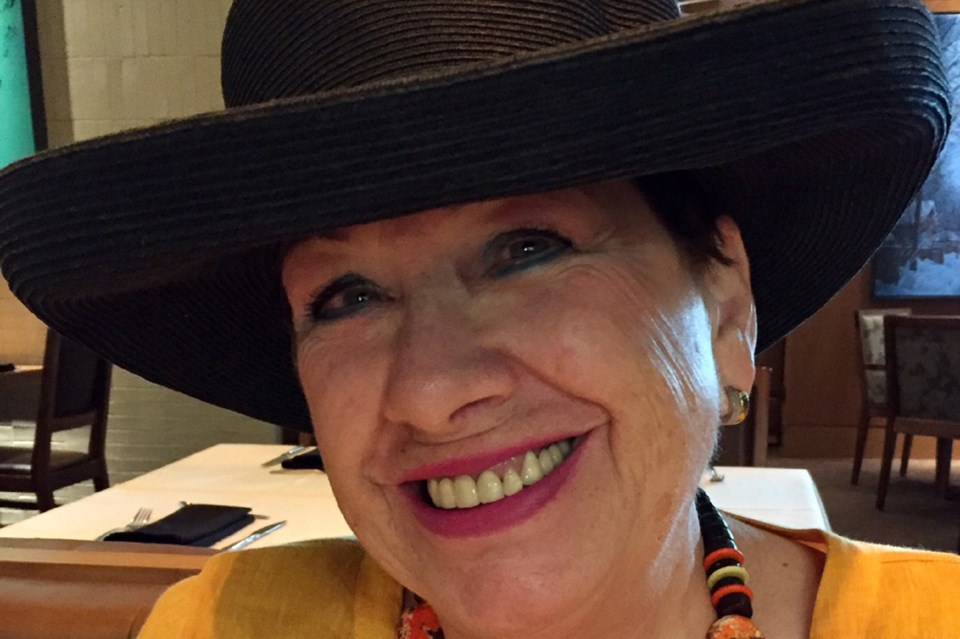 Carol Watamaniuk will receive the Lifetime Achievement Award when the Mayor's Celebration of the Arts reconvenes in November.

The 11th annual St. Albert Mayor's Celebration of the Arts Awards and Night of Artists was scheduled for this coming Thursday. However, due to the spread of the COVID-19 virus and a recommendation from the province to cancel large gatherings, organizers are taking precautions and have postponed the event until November.

The postponement however, has not diminished the creativity and inventiveness of the 27 artists nominated and the lustre of the awards.

Just one award has already been announced. Carol Watamaniuk, jewelry artist, businesswoman, politician and advocate for the arts is the 2020 Lifetime Achievement Award recipient.

“Carol is a true advocate of the arts. She was the first cultural services director and she started the culture department in our city, which at that time was an achievement in Canada. She’s the president of VASA and makes exquisite jewelry. And she volunteers her time to support arts in the city. She is truly deserving of this award,” said Tamsin Brooks, City of St. Albert community cultural co-ordinator.

In addition to Lifetime Achievement, the other five categories are: established artist, emerging artist, youth artist, excellence in arts teaching and arts champion.

The judging committee received 26 nominations, a dip from last year’s 42 names. Only six artists are second-time nominees. The rest are new faces.

“It’s refreshing to see all these new artists especially in the emerging and established categories. It’s encouraging to see new youth involved in the arts and to see how established artists continue to promote the community,” Brooks added.

Originally, Paul Woida, a singer-songwriter-master looper and his sister, CTV news anchor Carmen Leibel were slated to host the ceremony. They would have made awards history as the first duo hosting the event. Hopefully, the siblings can clear their schedules for the Nov. presentation.

A bold jewlery artist with a dynamic personality, Carol has championed St. Albert's arts, culture and heritage for nearly five decades. As both an administrator and politician, she helped lay the groundwork for the city's flourishing artistic ommunity.

David is a professional visual artist who works primarily with mixed media applications on birch panels. His rural paintings explore the interaction between human made structures and their slow decay due to forces in nature. In 2019, David’s work was exhibited across Alberta.

Celine is a second-year political science student studying at the University of Alberta. She aims to make inclusive spaces in the arts community through her ZION open mic.

Thomas is a sculpture and painting student who focuses on communicative and emotional pieces. He has exhibited work in his hometown of St. Albert, as well as the United States.

A St. Albert percussionist, Jacob is completing a Bachelor of Music degree at the University of Alberta. Recently he appeared as a soloist with the Edmonton Symphony Orchestra and Calgary Philharmonic Orchestra.

Heather is a potter and community program instructor. She holds a Diploma in Ceramics from British Columbia’s Selkirk College and has spent much of her early adulthood exploring various craft mediums.

Kateryna paints and creates art in many forms. Through the freedom of abstract, she lets colour inspire and lead her in new directions. She combines acrylic and mixed media on large canvases and uses glitter or gloss to create unique effects and shine.

A natural musical theatre talent, Jillian has performed since she was seven years old. She appeared in over 25 stage productions as well as three television series.

Elena is an active St. Albert community artist. Her work was selected for display in various spaces locally and throughout the province. She currently studies Fine Art at MacEwan University.

Cyra has sung since she was eight years old. As junior winner of Camrose, Alberta’s Big Valley Jamboree mainstage competition, she enjoyed her first of many standing ovations.

Redacted is a band formed from Paul Kane's rock and pop program. Armed with a multi-genre repertoire and high-energy show, the group is developing a buzz in the local music scene. The six-piece performed at St. Albert Amplify Festival and Edmonton’s Aviary.

Charismatic and optimistic, the St. Albert singer-songwriter blends roots, folk and pop into an all-encompassing combo. She finds fulfillment through community work, musical performances and volunteerism.

Considered one of Alberta's foremost cartoonists, Fred has created editorial cartoons for nearly 40 years. He is the recipient of many cartooning awards and his work appears in daily and weekly newspapers across Canada.

A musician, fine artist and illustrator, Tyler is a founding member of the award-winning Canadian rock band Tupelo Honey. The fivesome played numerous gigs with headliners such as Bon Jovi, Theory of a Deadman, Bif Naked, Three Days Grace and Sam Roberts.

Meridith is instrumental in implementing Leo Nickerson School’s bilingual drama program. Driven by a passion for the arts, she focuses on the grassroots love of the process where everyone takes part and feels successful.

Gary has taught music in schools for decades and now teaches at Dominelli School of Music. The recording artist also performs throughout the world playing ukulele, guitar, bass guitar and mandolin in many musical styles.

Heather Johnson is the founder and artistic director of the Cantilon Choral program, recognized across Canada and internationally as one of Canada’s outstanding choral contributions. Currently enjoying its 20th anniversary season, Heather shares her passion with more than 200 singers.

Janice is a passionate supporter of Sister Alphonse Academy's arts and loves to see her students shine. In addition to teaching music, she also volunteers her time to run various drama clubs, handbell choirs and ukulele clubs.

For 30 years, Karen has empowered students to explore their creativity through a multitude of art forms including dance, visual and performing arts, as well as spoken word poetry. The Paul Kane High School’s inclusive programs showcase the award-winning talents of youth.

Ralph is a performer and music educator who has been teaching in St. Albert for nearly 40 years. His principal instrument is the guitar for which he has also authored a method book.

Deirdre has spent 33 years as an artist, leader, volunteer and patron of the arts. She takes great pride in her role making possible the successes and celebrating the achievements of St. Albert artists and arts organizations.

While her artwork has been displayed around the world, Bernadette’s true passion is encouraging and supporting local artists and organizations. She currently serves as president of the St. Albert Painters Guild.

An avid builder and supporter of arts programming in education, Kevin works tirelessly to create a school culture that reflect this value. He has taught with St. Albert Public Schools for 25 years.

United in Bronze is a volunteer St. Albert ensemble linked by a love for the distinct beauty of English Handbells. The group performs an exceptional wide range of musical genres.