The stars start to come out 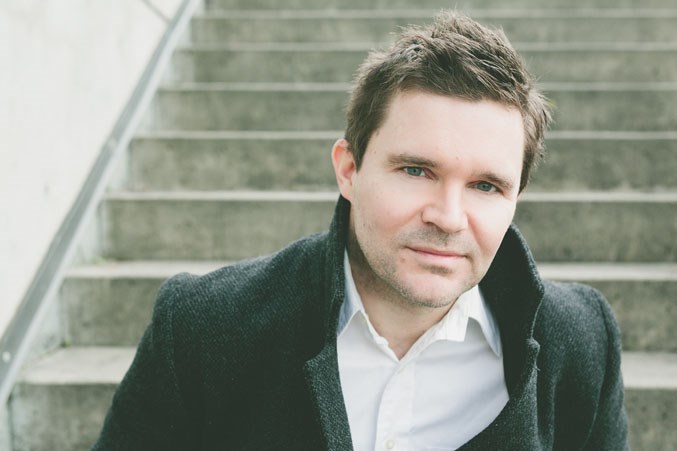 The stars are lining up to shine one by one at this year’s St. Albert Readers' Festival, better known as STARFest. While M.G. Vassanji has already been through town with his early-bird visit, a full slate of stellar authors is now chomping at the bit to rush out of the gate starting next week. If this festival was a book, then it would be a real page-turner with three great events in its first five days. It’s almost enough to make you lose your breath. “It’s great. We love this, actually,” said Heather Dolman, the festival’s director who masquerades as the St. Albert Public Library’s public services manager as her alter ego.

Things get going fast and furious as Claire Cameron makes a return visit to STARFest after her 2015 visit with another of her novels, The Bear. She will be bringing her new title, The Last Neanderthal, which was inspired by the discovery that modern humans of European and Asian descent have approximately one per cent of their DNA attributed to Neanderthals, meaning that the two groups experienced some interbreeding. The book is the author’s attempt at determining how the two first met and what that was like for both sides. “I don’t think me being Neanderthal particularly helped me write the book,” she said, referring to the test she took which demonstrated she had 2.5 per cent Neanderthal DNA. “That’s fairly average for someone of European or Asian descent. I was hoping for a bit more but there you go.” Rather, she described the writing process for this work “a fun trick of the mind.” She grew up considering Neanderthals to be much like monsters. After the discovery and through her research, she wanted to depict them in a newer, friendlier light. She worked with experts and academics to make sure that she had the important details right first. She used the example of whether of not Neanderthals could speak. There’s evidence of their anatomies featuring the hyoid bone in their necks plus the FOXP2 gene that enables speech in Homo sapiens, both of which are strong indicators. “It points to them having a similar ability for dexterous speech like we do. I used those facts as the springboard for developing a language for Neanderthals. They probably had quite high-pitched maybe raspy and forced voices. There was a really funny New York Times magazine article that described them like an excitable Julia Childs. That’s the opposite of what we grew up with.” She referred to a line in her book that reads “it’s the things that don’t fossilize that matter the most.” “By that I mean, how you felt or who you loved, or what your voice sounded like, what words you used. All those things are gone when someone dies. Those are also the things that really engage someone in a story, in a novel. I knew there was a point where I was going to have to take a risk and go beyond the science. I studied very hard. I did about five years of research to get the baseline of science in the book. Anything that I thought to be true or sounded convincing in the research, I used as kind of almost a creative constraint. It became something that was set in the book that I had to work around. My imagination had to work over top of that.” Cameron also wrote the book with the understanding that Neanderthals were both cognitively and intellectually on par with hominids too. A good challenge to write and incredibly satisfying to finish, she said. Producing a fictionalized version of non-fiction events is like a high-wire act. She’s pleased to be returning to the festival after her 2015 appearance. “The audience at STARFest is amazing. I just found everyone so interested, attentive and engaged with The Bear when I came there. I think an audience is a bit like playing tennis: the more interested and engaged they are, the better job you do on stage. They give you a good serve and you can return it. The community there has so much support for STARFest. It’s great from an author’s point of view.” She will be in conversation with Dr. Pamela Willoughby, a professor and the chair of the Department of Anthropology at the University of Alberta. The event takes place in Forsyth Hall at 7 p.m. on Tues., Oct. 10 at the library. “I’m quite excited about this one as well. [Willoughby] knows quite a lot about the research that Claire has done. I think that there will be some very interesting conversation and questions around how she has put this together as a fiction book and her ideas about how Neanderthals and hominids could have connected. She’s done a lot of research around this,” Dolman added.

The inside scoop of selling stuff

Terry O’Reilly follows a few days thereafter with a gala stage event. CBC Radio’s celebrated marketing insider spills the goods regularly on his popular show called Under the Influence. When he arrives at his Arden Theatre performance, he will be talking up his well-informed and incredibly entertaining book on the same subject called This I Know: Marketing Lessons from Under the Influence. His writing keeps his radio voice and is always fun to read about advertising of all things. “He makes it very approachable with the stories that he shares, for sure,” Dolman noted. O’Reilly will be appearing on the Arden Theatre stage at 7:30 p.m. on Oct. 12.

Steven Price rounds out the action-packed week with an appearance at Forsyth Hall on Sat., Oct. 14 at 7 p.m. He’s a master of verse and fiction so people should expect his dense book, the Giller nominated By Gaslight to have some qualities of poetry and prose. “It’s very lyrically written. It’s kind of a big, thick book to get through. It spans five decades and goes all around the world with this detective who’s searching out a murderer,” Dolman said. In other words, it’s something for readers to sink their teeth into. “It seems like a book that straddles a couple of different genres,” Price explained. “Some people have described it as a crime book; others as a literary novel. For me as a writer, I’ve always thought of it as a novel about a detective rather than a detective novel. I think it plays with conventions but it doesn’t do what a detective novel or a crime novel typically does. I think it’s interested in how the story unfolds and who it happens to, rather than necessarily what happens or who did it.” He’ll be in conversation with Jacqueline Baker, author of the literary ghost story called The Broken Hours. She was actually one of the readers of By Gaslight while it was still a draft version before it went to publication. They’ve known each other for years, in fact. The friendly conversation will certainly be entertaining to the audience too.