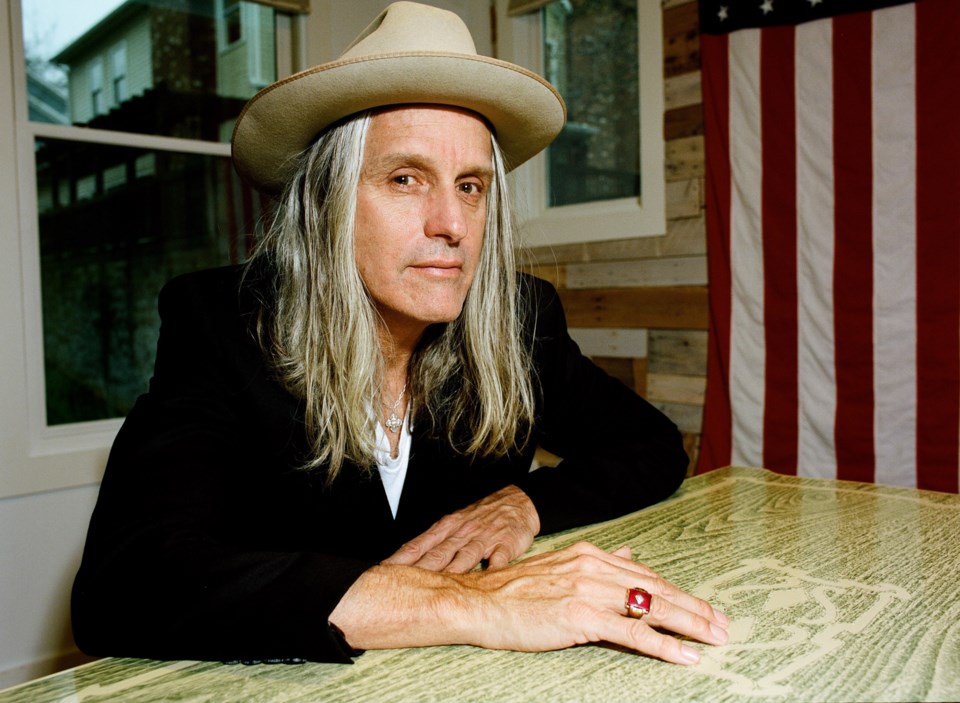 Steve Poltz performs a solo Valentines Day concert on Feb. 14 and on Feb. 15 he teams up with Danny Michel for a second concert at the Arden Theatre. LAURA PARTAIN/Photo

Whether you’re in the honeymoon phase or married for 25 years, Valentine’s Day can catch people off guard. Flowers are passé. Candy is fattening, and restaurants are packed.

How about a concert? Folk-roots singer-songwriter Steve Poltz is dropping by the Arden Theatre on Friday, Feb. 14, to sing some of his favourite songs from his 2019 album Shine On.

A true musical rebel, Poltz has done it all. Born in Nova Scotia, he is associated with living a couple of decades in San Diego. Known as the co-writer of the iconic multiplatinum single You Were Meant For Me with then-girlfriend Jewel, he signed onto a major label.

Irritated by its restrictions, he split and developed a career as a songwriter, humourist and concert performer with a broad fan base.

Now based in Nashville, Shine On is a personal response to rampant mass shootings, a wry commentary on the world’s many skewed situations.

Hot on the heels of Poltz’s Valentine Day performance, professional programming presenter Caitlin North has booked a second concert. It features both Poltz and his good friend singer-songwriter Danny Michel.

Boasting 10 albums under his belt, Michel is a Polaris Prize nominee and a three-time Juno nominee.

“I’ve seen them together on the stage and they are hilarious. They really play off each other’s energy in a way that is so fun for the audience,” says North. “It was a great way to bring Danny into the season.”

Michel will perform a selection of songs including music from his latest 2018 album White & Gold. Like Poltz, Michel’s concerns for shootings are reflected in Born in the Wild. It’s a song for the #neveragain student demonstrators who advocated for gun control after the Parkland, Florida, school shootings.