Theatre Network's next production We Are Not Alone flies with UFOs 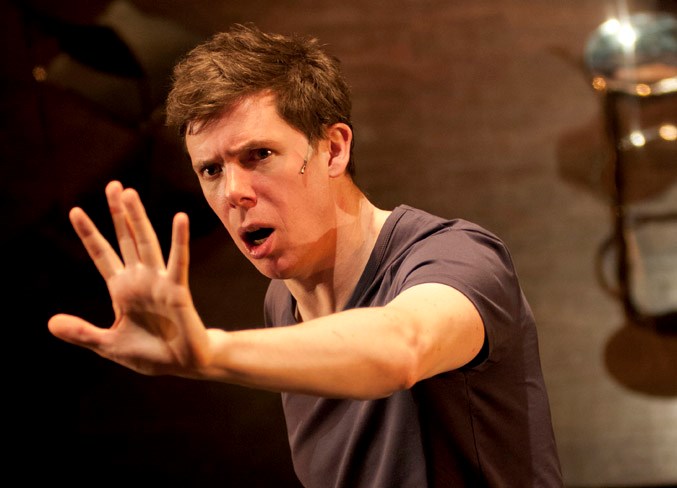 Former St. Albert Children’s Theatre alumnus Damien Atkins stars in We Are Not Alone, a one-man show that explores UFOs.

We Are Not Alone

Crow’s Theatre and 2b Theatre

Are we alone in the universe? Do UFOs exist? What about aliens? Or government conspiracies for that matter?

Millions of people would like to know if there is extraterrestrial life. Humans are naturally curious and we keep asking questions. Yet there is the stigma attached to discussing unexplained UFOs that prevent many from speaking up.

Actor Damien Atkins wades straight in to the controversy with We Are Not Alone, a one-man show produced at Theatre Network from Feb. 14 to March 3.

As he explains in an interview with the Gazette, he plays 40 characters detailing the evolution of his eight-year investigation.

“I’m not sure why I was initially drawn to the subject, but I try to address different points of view in the play. There is some crazy stuff that happens in the play, and I want to state that 99 per cent is true,” said Atkins, a former St. Albert Children’s Theatre alumnus now working primarily in Ontario.

The slim actor with a razor-sharp intellect began researching the UFO phenomena by speaking to journalists and government experts. He attended UFO conferences and in Arizona spoke to people who recounted their experiences of alien abduction.

“I spent some time walking in the desert with a woman who spoke of being a human alien hybrid,” said Atkins. "When I went to Arizona, some people seemed kind of crazy. Most did not.”

He went on to explain 75 per cent of women remember things being done to their body by an extraterrestrial.

“So many stories are repetitive. It was hard to listen and then I started to feel disgusted with myself. How many times does a woman have to tell you what was done to her before you believe her?”

For many people Atkins spoke to, belief is simply a leap of faith. And he reiterates the evidence is there for people to examine.

Atkins also delves into Roswell, the 1947 UFO sighting in New Mexico that sparked a coverup for decades.

“The thing that’s so interesting is that it’s acknowledged by the government. The initial report was that it was a flying disc that landed. Later they retracted the flying disc story. That’s what makes the story so delicious.”

Atkins collected so much researched information, the playwright’s first 2012 draft was initially five hours long. By the time it received its world premiere in 2015 at The Segal Centre in Montreal, it was whittled down to 90 minutes.

“There’s so much to this. We tried to get the most salient points in.”

After previous shows, many people walk up to Atkins and offer their stories or points of view.

“My response is to listen. I’ve rewritten it over and over. I’ve said what I wanted to say and I feel complete.”

CBC Radio host Adrienne Pan will sit down with Atkins for a free talk-back discussion on UFOs on Friday, March 1, at 9:30 p.m. following the performance.