St. Albert residents will get to check out some of the tiniest homes around next week as part of an annual home and garden show.
Mar 18, 2017 12:00 AM By: Kevin Ma 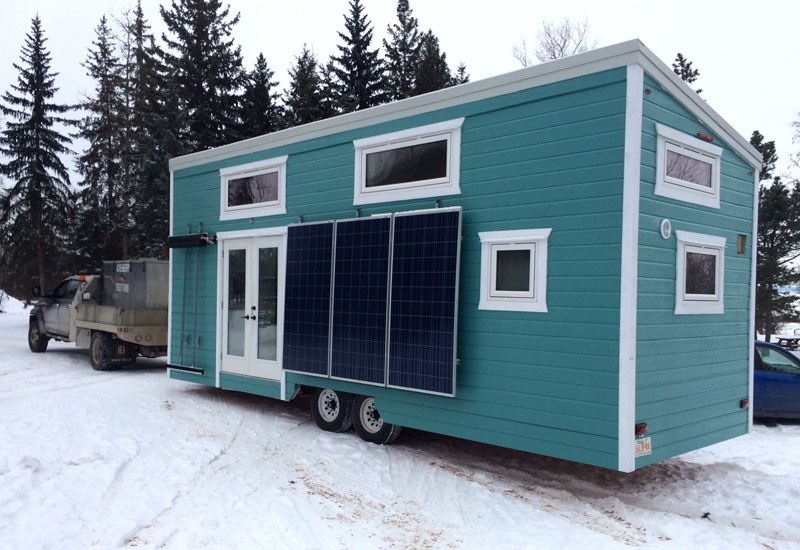 TINY HOUSE – Sturgeon County&#8217;s Kenton Zerbin will have this tiny home at the Edmonton Home and Garden Show next week. The home is completely off-grid and has a bathroom

A previous version of this story said that the maximum height of a tiny home was 10'6". This is actually the maximum width allowed for a home on the road without use of a pilot truck. The actual max height to fit under most bridges is 13'6".