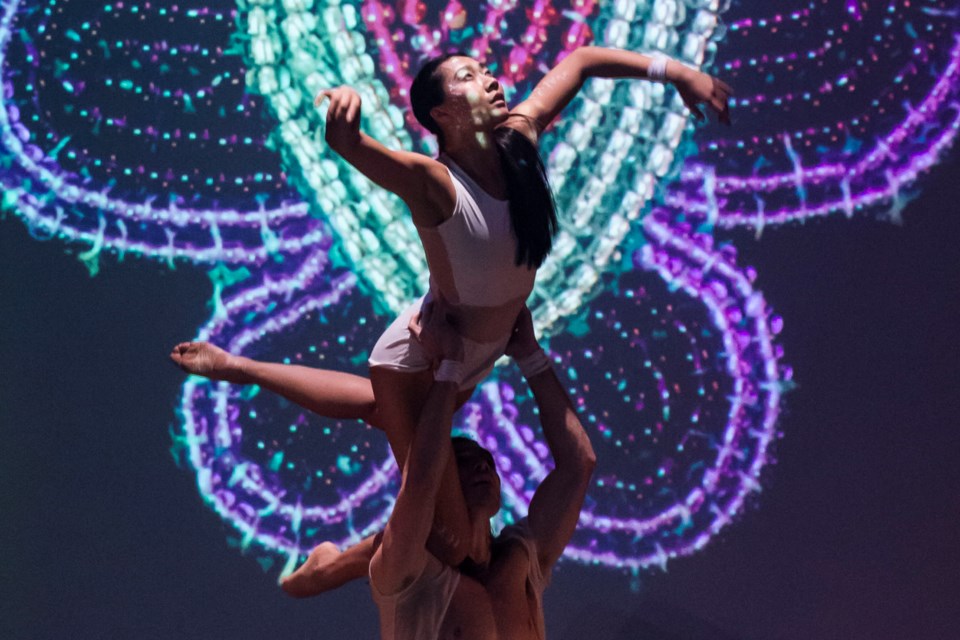 Most of us recognize that tracing our past begins with a family tree. Canada’s Indigenous population goes one step further.

Trace, Red Sky Productions’ striking new dance, reaches into the cosmos. This hour-long work is inspired by the Indigenous view of creation, their ancestral origins and spiritual beliefs.

Led by artistic director Sandra Laronde of the Teme-Augama-Anishinaabe (People of the Deep Water), the company has received national and international acclaim for its breathtaking artistry and sheer physicality.

While most Trace reviewers are hungry and excited about seeing Indigenous narratives on stage, a few have provided tepid articles. However, Laronde is less concerned with reviews than how fans perceive the shows.

“I want us to take our rightful place in the world. We are more than our issues. It’s important to focus on what is Indigenous, but it’s not what we do. I want us to remain full of vitality, beautiful and epic at our core,” said Laronde.

She first conceived of Trace after recalling the popular Indigenous creation story of Sky Woman falling from the heavens. Part science, part mythology, Laronde presupposes that the atoms that make up Indigenous people’s bodies were fused with the stars.

Looking through the Indigenous lens, Trace opens with a number featuring seven dancers as a multi-limbed entity that project power, grace and jaw-dropping agility in equal measures.

A dancer is lifted high in the air. Supported by the cast, she rotates in a slow-moving circle. Is it Sky Woman, a planet or star quietly circling through space?

Dominating the set is Marcella Grimaux’s large animated projections. There is also a nod to murdered and missing Indigenous women.

“We have birch trees that turn red. The leaves fall and the ground turns red with blood. It’s the illusion that they are missing without a trace. We touched on it, but we didn’t stay there,” Laronde noted.

She hopes Trace will galvanize theatre-goers in some way.

“I hope people will be inspired and feel moved by its vibrancy and vitality, and what the human body can convey, and see the possibilities of the Indigenous art form.”