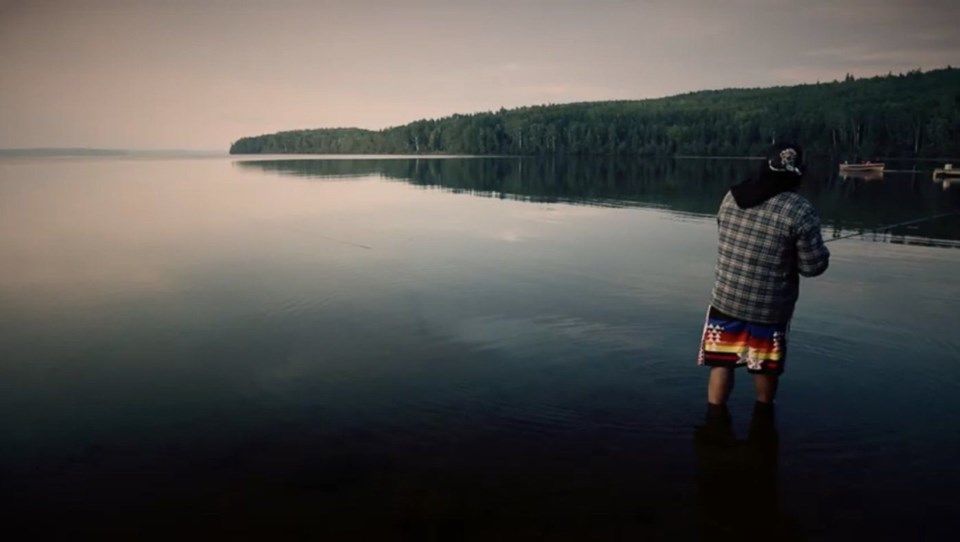 A man fishes in Moose Lake in this screenshot from a video, produced by the Fort McKay First Nation, explaining the site's importance to the community.Sarah Williscraft, Local Journalism Initiative Reporter

The Alberta government has finalized the Moose Lake Access Management Plan (MLAMP), ending nearly 20 years of negotiations with the Fort McKay First Nation (FMFN) on resource development in the area.

The plan creates a 10-kilometre buffer zone around Moose Lake, which is a culturally significant area for the community. It is located northwest of the community.

No more than 15 per cent of the area may be disturbed by industrial development. Energy projects within one kilometre of Moose Lake are limited to low impact exploration and monitoring. The plan also prohibits the construction of major infrastructure, such as aerodromes, landfills, permanent work camps and central processing facilities.

“This is a long-awaited moment in the process of honourable Treaty implementation,” said Chief Mel Grandjamb in a Tuesday statement.

“We are grateful for our Elders and community leaders who were early champions for the protection of Moose Lake and advocates for the full implementation of Treaty rights and meaningful acts of reconciliation.”

Community members have used the land as a place for hunting, fishing and trapping activities protected by treaty. Fort McKay is surrounded by oilsands development and 70 per cent of the band’s traditional territory is taken up by mines. Leaders have often referred to Moose Lake as a refuge.

“I’ve talked to the chief many times about this and I know this is a critical cultural spot,” said Indigenous Relations Minister Rick Wilson in a Tuesday interview. “To have that balance where you can still practice traditional rights and still develop the resources is critical up there.”

Talks about preserving Moose Lake and creating a buffer zone began in 2001. An agreement to protect the area was reached with former premier Jim Prentice, but the agreement was not ratified in time for the 2015 election.

In 2018, the Alberta Energy Regulator (AER) approved Prosper Petroleum’s Rigel Oil Sands project which would have been built within two kilometres of the lakeshore. If approved, the $440-million, steam-assisted project would have produced 10,000 barrels per day.

When the First Nation brought this decision to the Alberta Court of Appeal, the regulator argued it did not have the authority to consider Indigenous consultation issues or policies not yet in force. Last year, the court ruled the AER must consider treaty rights, cumulative effects and reconciliation in decisions. Prosper has filed a $400-million lawsuit against the Alberta government.

In a Tuesday interview, Environment and Parks Minster Jason Nixon said he is not concerned the lawsuit will impact the Moose Lake plan.

“The government has made this policy decision and the Alberta Energy Regulator will have to figure out specifics for future projects,” said Nixon. “There is also no intention to cancel leases or to do anything that would stop development.”

For Nixon, the most important aspect of the Moose Lake plan is creating certainty and solid policy for Indigenous communities, industry and government involved in resource development.

“We have a big province that has many different unique areas and unique landscapes,” said Nixon. “We have to continue to work together with industry and communities in the areas to allow resource development while at the same time protecting the environment.”