His first experience was with sage, finding he was always able to identify it, no matter where he was.
Jan 13, 2021 1:15 PM By: Dale Ladouceur, Local Journalism Initiative Reporter 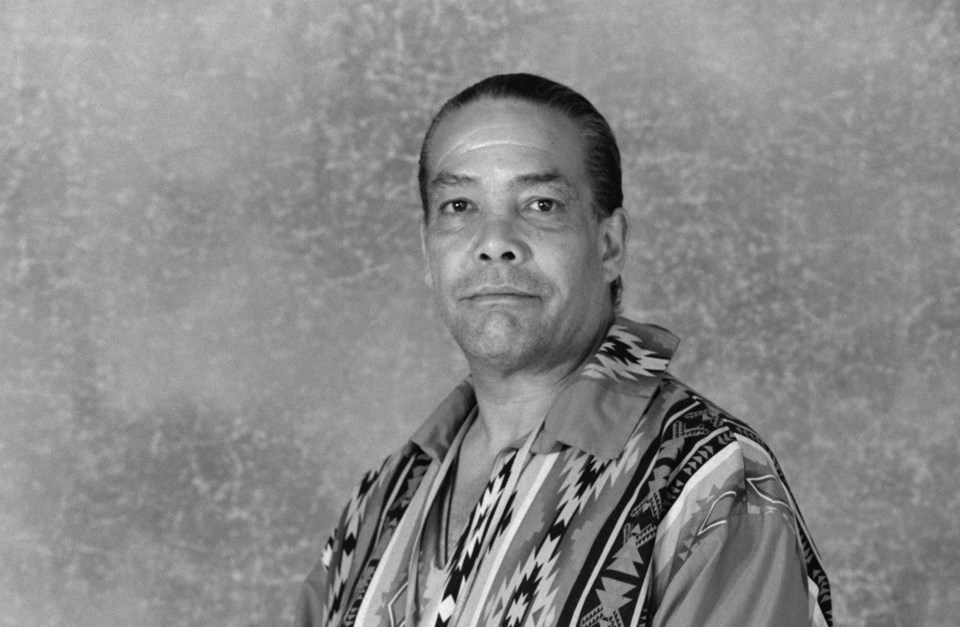 Medicines that have been gifted to us from Creator can be elusive to those who do not have noble intent. This is one thing that was abundantly clear while listening to medicine picker and Elder Darin James Ladouceur. This calling did not come early or easy to the Hanna, AB native who spent his time growing up in such diverse places as Lac la Biche, Churchill MB and Fort Smith NWT. Speaking from his home in Banff, Darin described his journey from music to medicine.

Ladouceur spent a large part of his life as a musician, “succumbing to the ills of that lifestyle” but even in that time before sobriety, he always saw sage around. Then, less than a decade ago, an elder told him that he was born and blessed to be picking medicines.

“We all have our destiny,” Ladouceur explained, “you just have to notice when it’s going by and reach up and grab it.”

His first experience was with sage, finding he was always able to identify it, no matter where he was. Twelve years ago he “left music, cleaned up and started smudging all the time.” Darin started picking sage and used sage to pray for teachers to come.

“Low and behold, six years down the road, a bunch of teachers came my way.” That’s when Darin Ladouceur started on this new path.

Darin softly recalled when he was blanketed in November 2019 as a teacher and elder by Métis Elder Edmee Comstock, (great granddaughter of John Bruce, the first president of the Métis in Canada). “There was a lot of good tears [shed] on that day.”

During his journey, Darin had elders from the Blackfoot, Stoney, Shuswap, Cree and Métis “take pity on him” and teach him how and where to find medicines. “This Stoney Elder, who was teaching me to scrap hides told me there was Sweetgrass in this field just outside of Banff. I’d never seen it in the wild before,” recalls Ladouceur. “I had just seen it in braids.”

He describes walking out into the 40-acre field and taking out some tobacco. He held it up and offered it to the four directions, to the Creator and to the sacred Mother Earth and asked Creator to guide his hand. “I asked the ancestors if they want me to have this medicine, to guide my hand to find it. Within ten minutes of wandering in this large field something just came over me and I looked down and it just spoke to me and told me here I am.”

Elder Ladouceur, uses reverent tones to explain the importance of having good intent while medicine picking. “To this day, when I’m looking for different medicines for elders, the plant will call me to it and teach me how to pick it. But it all comes from going in the right way, with a good heart and good mind and speaking to that plant, letting it know what you are going to use it for and why you are there to get it.”

Ladouceur became known as a medicine picker when he started going to sweat ceremony with a gentleman from the Morley reserve. Each time, he would bring a few garbage bags filled with sage. He started doing this every year to give to elders who needed it. At that time, he didn’t know that you should not gather that much and that “doing so can bring harm to you.”

“Lennie Pousette who is Heyoehkah, (one of the backwards people) told me: Well, you are obviously blessed to pick medicines,” said Ladouceur.

Ladouceur explains further on learning from the Heyoehkah, “It brings things out of people, especially at Sundance. When they are doing these things, they are shocked out of their normal reality and it brings forth a vision of how they should move forward.”

Elder Ladouceur now has medicines around him constantly.  “I take three months out of my life to go and gather medicines. The rest of the year I give them out to the elders and people who need it across the country, for ceremony and [other uses].”

Now, in this time of Covid, Ladouceur is staying close to his community of Morley, supporting the elders that provide care. “I’m giving more medicines to the elders because they are using it for the people out here.”

Describing himself as an “experienced beginner” Ladouceur is passionate about his role and the cultural hub he calls home. “Where I live in Banff, is the centre of six different language groups. There’s people that come from both sides of the mountains to use this area. Historically this was an area of trade, long before contact. The Shuswap lived here year-round, the Ktunaxa stayed in this valley as well and I’ve noticed family connections between the Stoney, the Shuswap, the Blackfoot and the Ktunaxa. All these different tribes are in this area including the Cree and of course, the Métis – this is part of our homeland.”

Throughout our conversation, the medicine picker talked about plants he’s found and how to use them as remedies: yew, because it’s a cancer medicine, tree fungus for respiratory infections, to stop seizures and relieve anxiety.

“There is a natural chemical in the smoke,” Darin explains. “That’s one thing I learned being a medicine picker that I never understood, how you could administer medication by burning it.”

Riding his bicycle around the area gives him more time to take stock of what is around him. “It’s funny, there are these little tiny spots and I’ll notice there’s medicine there.”  That is, if you are open to finding it, and have good intent.