Autism diagnosis more common in the US as racial gap closes 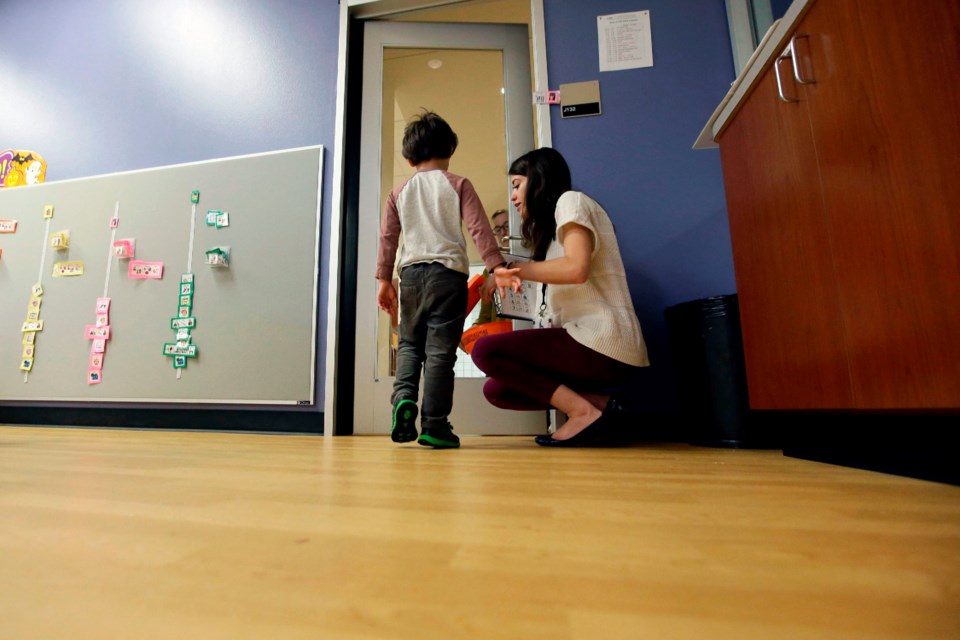 NEW YORK — Autism has grown slightly more common in the U.S., but a gap in diagnosis of white and black kids has disappeared, according to a government report released Thursday.

Closure of that gap — thanks to increased screening — is the main reason autism diagnoses are up a little, some experts said.

The new report is based on a tracking system in 11 states that focuses on 8-year-olds, because most cases are diagnosed by that age. The researchers check health and school records to see which children meet criteria for autism, even if they haven't been formally diagnosed.

Researchers have made differing estimates of how common autism is. But experts say this CDC system is the most rigorous, and the results are considered to be the gold standard.

There are no blood or biological tests for autism. It's identified by making judgments about a child's . Traditionally, it was diagnosed only in kids with severe language and social impairments and unusual repetitious . But the definition gradually expanded, and autism is now shorthand for a group of milder, related conditions, too.

For decades, white children were diagnosed with autism far more often than black kids. Non-whites were more likely to be diagnosed with something else, like attention deficit hyperactivity disorder or even just bad , researchers have said.

Now, the there is no difference between white and black children by age 8, though black kids continue to get diagnosed at older ages than white children, the CDC report said.

"The earlier children are identified, the sooner they can start to receive services” like speech and occupational therapies, Singer said.

Also, the gap between white and Hispanic kids hasn't disappeared, though it also is shrinking.

While the diagnosis gap is narrowing, it's not clear that minority kids are getting the same access to services and treatment, said Michael Yudell, a Drexel University public health professor who is writing a book on the history of autism.

“As these (autism prevalence) numbers increase, we need to increase the resources,” such as special education funding, he said.