Could the COVID-19 pandemic mean the end of the traditional buffet? 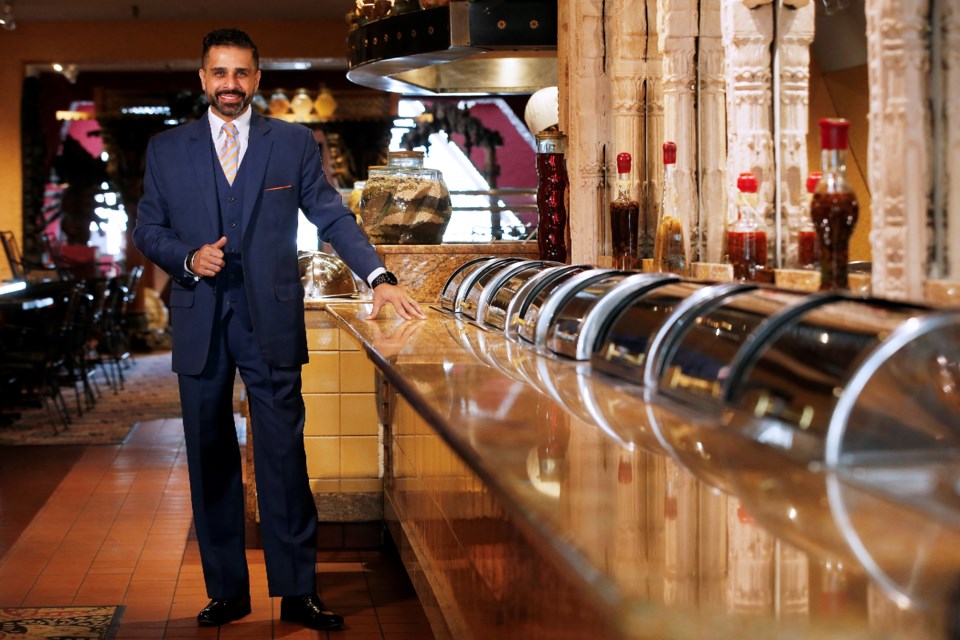 Some public health officers are warning people not to share food in social settings in this time of pandemic, but does that mean Sunday brunch buffets, Chinese self-serve and restaurant salad bars could become a thing of the past?

Jeff Farber, director of the Canadian Research Institute for Food Safety at the University of Guelph, believes restaurants offering buffets are going to be facing difficult times until there is a vaccine for COVID-19.

Highly touched surfaces at buffet tables are a big concern as they increase the chances of spreading the novel coronavirus, he says.

"In a busy buffet, you could have hundreds of people handling the same instrument to put food onto their plates," he says. "You have people who are congregating ... at the soda dispensers."

A spokesman for an organization representing the food-services industry doesn't believe buffets will be left off the menu for good.

But David Lefebvre, a vice-president at Restaurants Canada, does think the industry faces challenges and will have to innovate as restaurants gradually reopen.

"I have a hard time figuring that everything is permanent with the new situation," he says.

For Sachit and Anish Mehra, brothers who manage East India Company restaurants in Ottawa and Winnipeg, are ready if they need to change their approach.

For them, a buffet means breaks between lunch and dinner, small-batch cooking and tightly controlled temperatures and cleaning.

“That’s what we do. That’s what we’re known for," said Sachit Mehra, who added buffet makes up about 90 per cent of their gross average sales

They've offered takeout and delivery during the pandemic and say there have been many talks as a family about what the future of dine-in service will look like.

"India has played a big part in the communal meal. It's never been about one person, one plate. It’s been about shared plates," says  Anish Mehra.

"The buffet was a natural sort of extension of that when we were growing the business and if we need to go back a step ... we’re ready for that."

Saskatchewan and Manitoba are not allowing buffets as the provinces gradually reopen businesses, and there's no timeline for their return in Alberta, where restaurants and cafes were allowed to reopen last week at half capacity and with physical distancing.

In March, Alberta's chief medical health officer reported that COVID-19 had spread among doctors who attended a curling bonspiel in Edmonton where serving spoons at a buffet had been widely handled.

For the Saskatchewan community of Weyburn, a buffet of fried chicken and gravy isn't just an option for lunch; it's something worth fighting for.

Home to one of the last all-you-can-eat KFC buffets in the world, the city saw residents, including former premier Brad Wall, rally to save it when it was threatened to close several years ago.

"We have every intention of reopening it when the time is right and all approved health and safety measures have been implemented," reads a statement from Linn Free, chief operations officer with KFC Canada.

Farber says it's possible some eateries could turn to a more cafeteria-style food service with employees dishing up dishes for customers. Or instead of one long smorgasbord table, smaller stations could be set up.

Another idea would be for governments to look at buffets on a case-by-case basis. Restaurants would have to present plans for physical distancing and sanitizing highly touched surfaces.

"It’s just too early to reopen buffets to the way we had them before," he said.

"I think about the countless birthdays, celebrations, anniversaries, weddings, receptions, events that were always centred around a buffet," said Sachit Mehra.

"The important thing here is the patience to get back to that point, and making sure that you have absolutely every condition to make sure people are confident."

This report by The Canadian Press was first published May 18, 2020