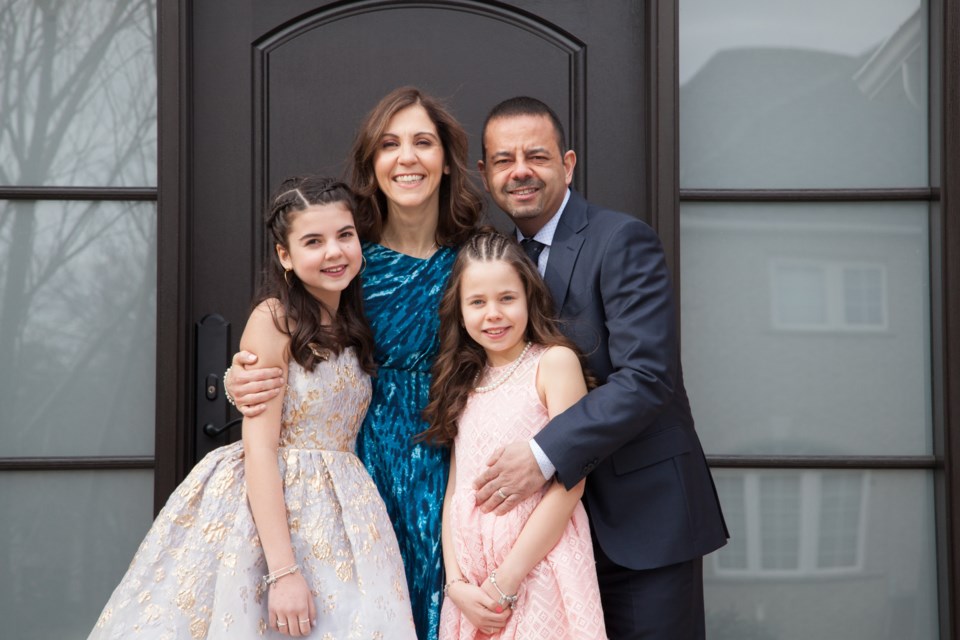 After a recent round of golf at Royal Woodbine in Toronto, Eddie Sabat agreed to have lunch on the patio of a nearby steakhouse with his three friends.

Beyond picking up takeout or taking his daughters for ice cream, it was the first time Sabat had been to a restaurant since COVID-19 sent the 46-year-old and other heart transplant recipients into protective lockdown in mid-March.

"It was eerie, right?" said Sabat. "All the waiters and waitresses are in masks, you're sitting there hoping your food is fine."

Sabat, who was diagnosed with heart disease when he was 19 and received a new heart at 29, is immunosupressed and at greater risk of contracting, developing complications and dying from the coronavirus. While the overall mortality rate from COVID-19 is about five to six per cent, that rate jumps to over 20 per cent for transplant recipients, according to recent studies.

As Canadians return to school, gyms, movies and restaurants, transplant patients are among the immunocompromised for whom life was much safer in Stage 1.

UHN's Transplant Centre has received an avalanche of questions from patients like Sabat. The coronavirus has created an uncertain environment, and compounding the issue is the fact that there haven't been many documented cases of heart transplant recipients who have had the virus.

"We worry that they would have life-threatening complications. They have to be a little bit more careful than the rest of us," said Kyra Black, UHN's transplant co-ordinator.

Black and Sabat recently organized a Zoom information session for members of HeartLinks, a support group for heart transplant patients from Toronto General Hospital that he's helped organize since shortly after his surgery. The group is a space to lend support and share information and includes anyone from people who got their new hearts years ago, to individuals still on the waiting list.

They asked: Am I at higher risk of contracting COVID and developing complications? How can I safely go back to work? Do I need to isolate from my kids if they are going back to school? When the vaccine is available, will I be able to take it?

"If you get an infection your likelihood of poor outcome in terms of mortality is much higher. It is at least four to five times higher than the general population," said Dr. Shahid Husain, the infectious disease director of the University Heath Network's Ajmera Transplant Centre. "This is a thing that has come out clearly across all these studies."

Doctors noticed Sabat had a heart murmur when he had his appendix removed at 19. At 23 he was knocked unconscious while playing hockey, and rushed to hospital. Doctors inserted a pacemaker. Sabat's health drastically deteriorated a few years later, and he received a new heart two weeks after going on the transplant list, weeks before the SARS outbreak that killed 44 people in Toronto.

Sabat, whose uncle died of COVID-19 in May at age 63, is more fearful of the coronavirus than he was of SARS or the H1N1 pandemic in 2009.

"It's different this time, I have kids now," said Sabat, who has two daughters aged 10 and 13. "There's fear, you're worried, you're anxious, you're uncertain."

Sabat, who has a financial planning business with his wife and two brothers and has been working from home, was particularly apprehensive about the recent reopening of his daughters' dance school.

While Sabat doesn't want to isolate his daughters from friends, he and his wife Nancy are "very concerned" about them returning to school in September.

Joe Zammit said the fear of COVID-19 comes in a different paradigm for transplant recipients. Born in 1966 with a congenital defect — a hole in his heart — he was one of the first "blue babies" to survive the Mustard procedure in 1968, a surgery developed by Dr. William Mustard at Toronto's SickKids in 1963.

The 53-year-old has had seven pacemakers, almost died of H1N1, and then received a new heart, from a 27-year-old female donor, five years ago. He's lived in fear virtually his entire life.

Now, as everyone else becomes paranoid about germs, he notes wryly: "Join my world."

The vice-principal worked at his Mississauga, Ont., high school right up until March 13, the Friday before March break. Virtually the moment he got home that day, he received a call from UHN instructing him to self-isolate, and he's worked from home ever since.

Other than early-morning trips to the store fully masked, Zammit has stayed close to home. His wife and 23-year-old daughter do the bulk of the shopping.

"It's really tough for the family. Because when they come back in the home, everything's being sanitized . . . it's an exhausting process," he said.

Seeing other parts of the world crumple under attempts to reopen, Zammit worries about Ontario being in Stage 3.

"While I'm being cautious, I know others aren't," Zammit said. "I could drop everything, think everything's good and okay to go out and just resume my life like I was pre-COVID. But that could be a very poor choice. I'm still immunosuppressed and this thing is still out there."

Prevention is key for transplant patients, according to Husain.

"I know we all are fed up staying at home, spending our vacation from front yard to back yard. But, if you're alive, then you'll get to enjoy next year. If not, you won't be able to go on that vacation to Hawaii for sure."

He instructs his patients to practise three protocols: maintain a social circle, or bubble; wear a mask; and wash or sanitize hands regularly.

"Preventive measures clearly are the current treatment modalities," he said. "Still, I am worried that going into Phase 3, people will drop their guards. And when you drop the guard, 'Oh, nothing is happening,' you are more likely to get infection. So you should not let down your guard."

Transplant recipients must remain vigilant until there's a vaccine, he said.

Even then, there will be questions around its efficacy until it's widely used. The response rate to vaccines in transplant patients, he said, are also not as robust.

The HeartLinks group has been a virtual lifeline for Sabat and Zammit.

"It's just good to talk to someone who's going through a similar situation. You feel so isolated," Zammit said. "It's a support group and we've also become really good friends."

It's all about finding balance, they said, between staying safe and living life.

"You sometimes forget you're a heart transplant patient because you've got to be a dad and take care of your kids, and balance the responsibilities of raising them right and making sure they have everything they need versus taking care of yourself," Sabat said.

"Sometimes I'm a little bit harder on them because I'm more at risk than other parents. I feel like they might lose out more because of that."