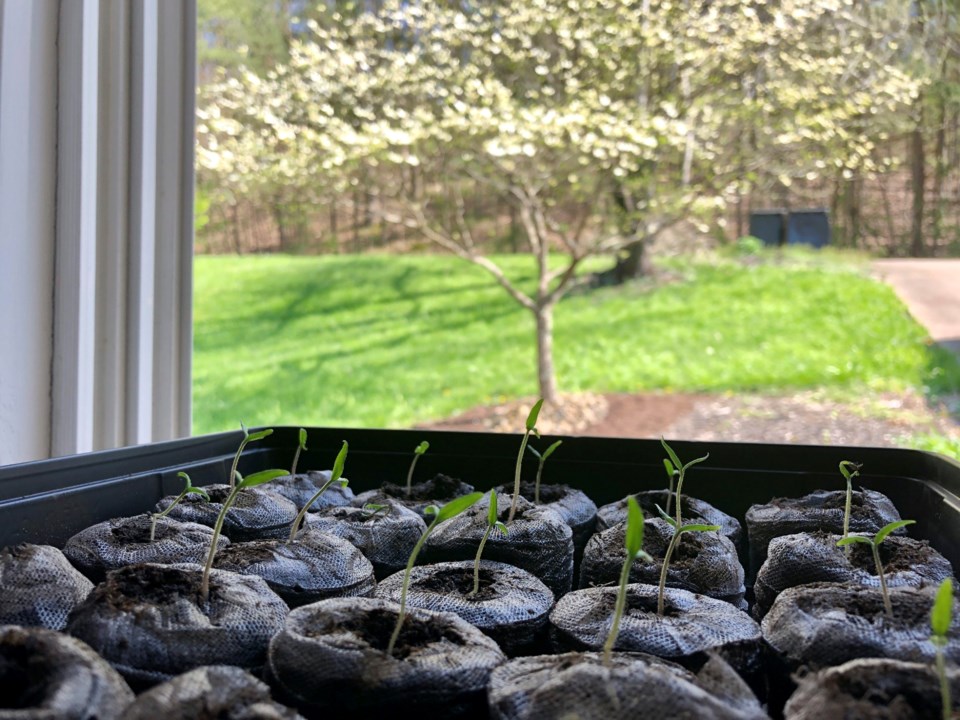 NITRO, W.Va. — The sweet peppers were picked over, the tomatoes were taken and the flowers were fixing to be next. The empty spots on the store's display were starting to outnumber the full ones.

Gardeners are feeling the need for seed, grabbing packets off shelves at an accelerated rate. Those still looking for certain varieties of vegetables, or who can't go to to stores because of social distancing and retail closures, are overwhelming , creating a huge backlog of orders.

Sowing seeds and stockpiling soil and containers are a rite of spring. That pursuit isn’t going to be stopped by the coronavirus pandemic. But many seed varieties are sold out on , so finding them could involve some detective work.

Burpee Seeds chairman George Ball said this year's buying spree is “so different that it’s unrecognizable in terms of just the sheer demand.

“I would say we’ve been flooded, but not drowned,” he said.

Johnny’s Selected Seeds stopped taking orders from home gardeners a few weeks back and is only accepting commercial farm orders through April 28.

“We had to prioritize to make sure they had their orders filled,” co-CEO Gretchen Kruysman said.

Home garden orders “wiped out our shelf stock of packets of seeds,” she said. More seeds are readily available, but it takes time to assemble new packets. Social distancing forced the company to cut its productivity by about a third.

When the pandemic hit, “almost immediately, I discovered that buying seeds has become problematic,” she said.

Obenchain, who has an asthma-like condition, didn’t want to risk her health or others by going to a store. And individual orders at seed in Canada is discouraged due to high demand, she said. Eventually she was able to obtain some from a friend who is a master gardener.

“If it hadn’t been for her, I would have had to keep on trying to place an online order with a local store, which is a big challenge,” Obenchain said. “It’s hard to get through!”

Another local master gardener, Suzanne Hanna, who is part of a 200-member horticultural society, participated in a seed swap in February before social distancing started. But the shutdown includes the community garden at the end of her street, deemed a nonessential service.

Lately, Hanna has been like the Easter Bunny, only with seeds. She's been conducting what she calls “drive-by dropoffs, where we throw out plastic bags full of seeds and encourage people to do what they can.”

The store has some empty spots on the seed display. But if anything sells out, Barbour doesn’t anticipate a problem ordering more.

“We didn’t buy them to keep them,” she said.

The hunt goes beyond seeds. Bonnie Plants, the largest producer of vegetable and herb plants for the home gardener in North America, launched online sales last month. The company was bombarded with orders and most everything on its went out of stock.

"We got so inundated, we shut down” the site temporarily, spokeswoman Joan Casanova said.

She said the company is trying to get virus-related restrictions reversed on plant purchases at large stores in some states.

'It kind of clicks:' Text4Hope program helps with depression, anxiety during pandemic
Mar 7, 2021 8:00 AM