Review: The 1975 offer one new great song after another 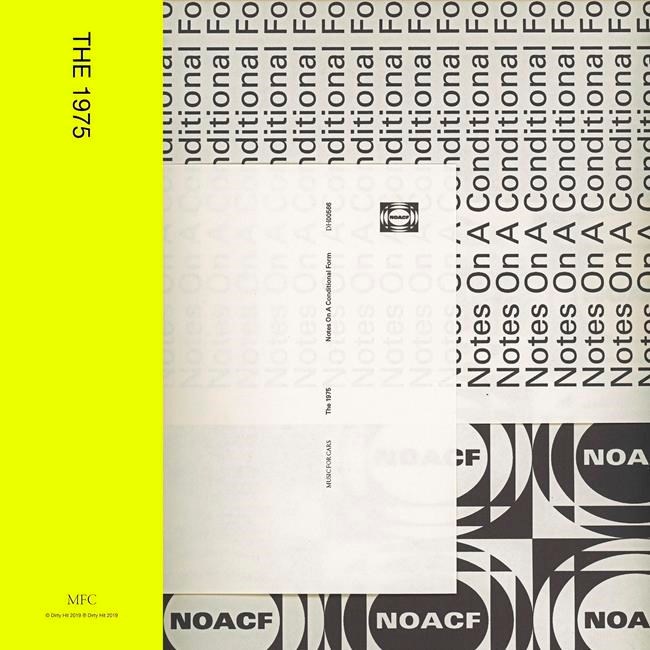 The 1975, “Notes on a Conditional Form” (Dirty Hit/Interscope)

Do you have time on your hands? Of course you do. Then there’s no excuse but to dive into the hefty new 22-track collection from The 1975. Each time you think you’ve found the best song, another comes along.

The British quartet’s “Notes on a Conditional Form” is a typically ambitious fizzy affair, going from the screaming punk of “People” — urging us to “Wake up! Wake up!” — to the almost sappy pop love letter to the band “Guys” that closes the album.

It’s not too far from their last collection — 2018’s “A Brief Inquiry Into Online Relationships” — with familiar touches, like dubstep, orchestral sweeps, earnest ballads, a random sax solo and even a song about America (this time the sly send-up of the religious right in “Jesus Christ 2005 God Bless America”). But the new album is far stronger.

As always, frontman and lyricist Matty Healy alternates between being utterly sincere and sarcastic. He knows some people don’t find him their cup of tea — “mugging me off all across the nation” — but he’s not going to stop the painful introspection. “I’ve always got a frail state of mind,” he says in one song. In another, an alarming musing for fans: “Will I live and die in a band?”

The self-titled first song has become an album tradition and this time the band has given lyric duty to environmental activist Greta Thunberg. “Shiny Collar Bone” is a throbbing dance cut that has Jamaican dancehall specialist Cutty Rank singing.

“If You’re Too Shy (Let Me Know)” — with one of two assists from FKA twigs — is so peppy it could serve as the theme song for an ’80s half-hour comedy, except for lyrics about digital alienation. The rock tune “Then Because She Goes” should be the final song in a romantic film, while pure sweet pop awaits with “Tonight (I Wish I Was Your Boy).”

“Me & You Together Song” has a gorgeous, strummy, Manchester feel and perhaps the best opening line they’ve ever written: “I can’t remember when we met/Because she didn’t have a top on.” That vibe continues with the drums on fire in “I Think There’s Something You Should Know.”

Not all of it works, like the flat “Don’t Worry” despite the vocal addition of Healy’s dad, Tim. And “Yeah I Know” is downright irritating.

But on the superb, gospel-tinged “Nothing Revealed/Everything Denied,” Healy messes with his fans, admitting he was lying when he said he once made love in a car, thereby undermining the band’s totemic “Love It If We Made It” from the last album.

He can lie to us however he wants as long as there is music like this.