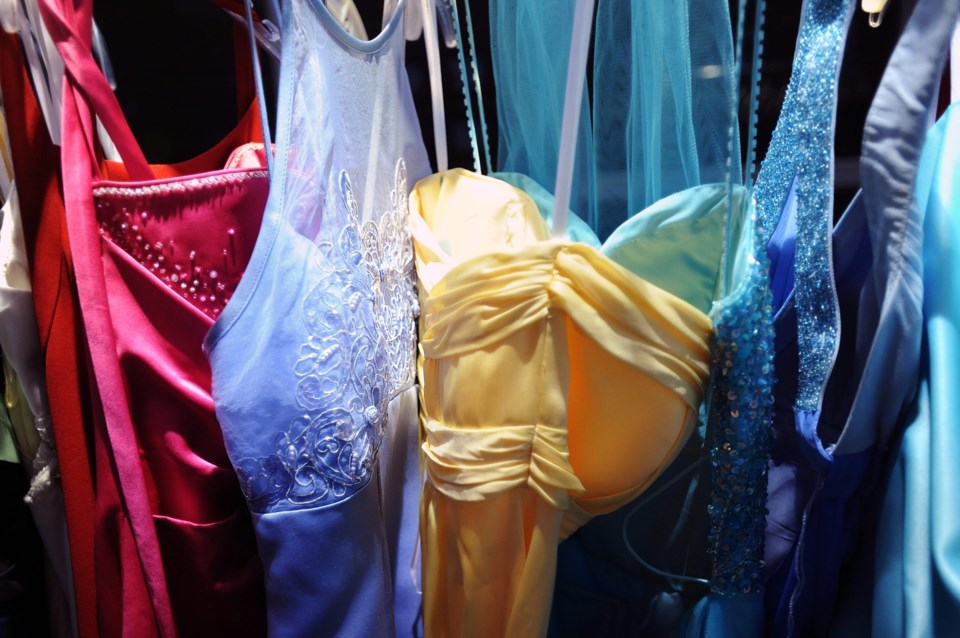 Rachel Blake bought the light pink A-line dress months ago and had it altered to fit her perfectly.

She couldn't wait to wear it to her prom.

So when the Grade 12 student found out her Oshawa, Ont., high school was cancelling the milestone June dance due to the COVID-19 pandemic, she was devastated.

"I immediately started crying, I was really upset," Blake said in a phone interview with The Canadian Press. "It's my last year of high school, it's an experience that everyone is supposed to have and now I just don't get one?

"It's just hard to process."

Blake is one of many Canadian high school seniors who may have to miss out on prom and graduation ceremonies this year as the coronavirus outbreak continues to shutter event venues and prohibit large gatherings.

Some teens are even hosting virtual celebrations so they can recreate these rites of passage from the safety of their homes.

Nafilia Sachedina, a psychotherapist at WellNest in Toronto who works primarily with adolescents, says taking these life experiences away from teens can be particularly painful.

Sachedina described adolescence as a time of "forming identity and a sense of emotional well-being," and said having access to peers and the social routine of school events is a big part of that.

"We are all having a really hard time with this, but I think adolescents and teenagers are having it particularly rough, just because it's the stage of development where every emotion feels so big and overwhelming," Sachedina said.

"All of these milestones, like a graduation or prom or even the last day of school where you sign each other's yearbooks, there's so much anticipation towards these final moments of that period of life."

Sachedina likened prom to a wedding day for a bride — wearing a beautiful dress, getting chauffeured in a limo, dancing and celebrating with friends.

But graduation, Sachedina said, is an equally important event, marking the closing of one chapter before another begins.

One way to do that may be to take prom and grad ceremonies to a online platform, something event planning companies around the U.S. and Canada are currently doing.

Angela Pauls, the founder of Prom Project Alberta — an organization that donates or sells affordable formal dresses to teenaged girls — is organizing password-protected Zoom graduation ceremonies for high school seniors across the country.

Pauls said 675 students have already registered through the Prom Project's Facebook group, with the ceremonies scheduled for June 13 through multiple time zones.

Students will have the chance to walk across a "virtual stage" to receive their diplomas after their names are called out by a DJ host. An Edmonton-based company is creating personalized certificates, Pauls said, while sponsors are helping purchase cap tassels to be sent to participating students.

"We have kids that will be doing speeches and a couple students want to sing," Pauls said. "So we want them to make it their own event."

As of now, Virtual Prom Live has four dances scheduled. The first is happening this Saturday in the Mountain Time zone, with a Utah-based DJ hosting.

Buckley said up to 10,000 people can join one of their virtual proms, but students won't be shown on video to everyone else. Instead, they can interact in the Hopin chat, or set up their own video calls with friends to share the experience that way.

"Kids really only care about the 10 to 20 people that they were going to rent a limo with and go to dinner with and do all the post-prom stuff with," said Buckley. "So we're trying to encourage them to use whatever video platform they feel comfortable with and do that on a different device."

Sachedina said that while these virtual events can help ease the sting of missing proms or graduation ceremonies, they won't completely replace them.

She said it's important for parents and teenagers to acknowledge that.

"All we can do is try to navigate in this new norm, and a virtual prom is an excellent idea," Sachedina said. "It's not going to feel like the real thing, but hey, it's a way to honour it with your closest friends and classmates.

"Yes, it is sad. It is disappointing. It doesn't make up for the real experience, but this is not a forever thing. This is temporary. It's just a delay."

Blake, who just learned Wednesday that her own prom was being cancelled, hasn't put any thought into signing up for a virtual event yet. She said the idea was intriguing though.

"That could be really fun," she said. "Something to get our minds off it at least."

This report by The Canadian Press was first published April 16, 2020.

Queen stresses importance of friends, family during pandemic
Mar 7, 2021 10:48 AM