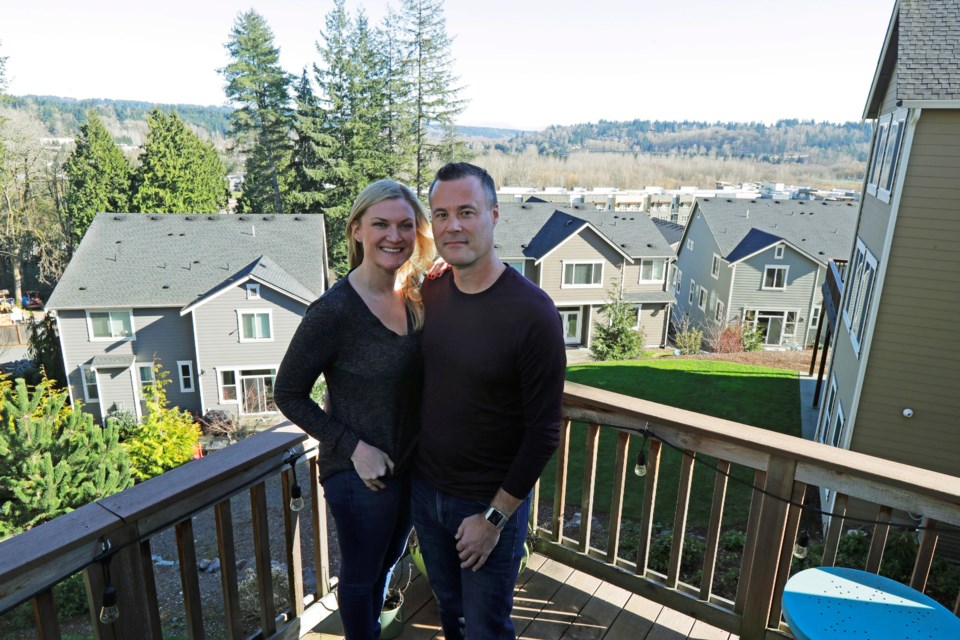 SEATTLE — The first people to roll up their sleeves to receive an experimental vaccine for the coronavirus say they were inspired to help because they wanted to do more to fight the disease than wash their hands and work from home.

Three of the study participants spoke to The Associated Press on Monday following the trial's first injections in Seattle. They said the shots were no more painful than an ordinary season flu vaccine.

Some will get higher dosages than others to test how strong the dose should be. They will be checked for side effects and have their blood tested to determine whether the vaccine is revving up their immune systems.

The volunteers said they weren't acting in hopes of protecting themselves. They understand their role is a small part of what could be an 18-month hunt for a successful shot that could be distributed widely.

They work in the tech industry and in health research. Two have children, and all three are working from home to slow the spread of COVID-19.

They are a 43-year-old operations manager at a small tech company, a 46-year-old network engineer at Microsoft and a 25-year-old editorial at an independent global health research at the University of Washington.

Jennifer Haller, 43, still cuts up apples for her 16-year-old son and 13-year-old daughter each morning, even though the teenagers now make their own lunches. She leaves for work before they head to school on a normal day.

On Friday, however, the governor ordered the closure of all Washington state schools that were still open. Her company wants everyone to work from home.

Her husband, a software tester, was laid off last week, a move unrelated to the pandemic. The family's income was cut in half. The job market looks grim.

“I figure we probably need to prepare for him to be off work for six months,” she said.

Haller works as an operations manager at a small tech company that normally runs out of a shared working space in Seattle. She learned of the vaccine study through Facebook on March 3, the day Kaiser Permanente Washington Research Institute started recruiting. She submitted her application immediately.

Two days later, she was dining at a Mexican restaurant when she answered a phone call from an unknown number. It was a member of the research team asking if she wanted to participate and if she had 15 minutes to answer some questions. She interrupted her dinner and agreed.

“We all feel so helpless. This is an amazing opportunity for me to do something," she said Monday.

Neal Browning, 46, lives in Bothell, Washington, north of Seattle, with his fiancee and their daughters. He works as a network engineer at Microsoft, one of the first companies to require its employees to work remotely.

At a gathering Sunday, Browning watched his daughters and other children improvise a game of tag without touching each other. They'd been told about social distancing, a way to fight the virus by staying away from others.

“Kids are fairly adaptable,” Browning said. “If you give them a set of rules, they like to follow them if at all possible.”

Browning and his fiancee have three daughters between them, ages 8, 9 and 11. The girls are proud of him for testing the first vaccine for the new virus, he said.

“Every parent wants their children to look up to them,” Browning said Monday after his shot. But he’s told the girls not to brag to their friends too much. “It’s other people too. It’s not just Dad out there.”

Rebecca Sirull, 25, barely stopped working to get her shot Monday, participating in a conference call for work while sitting in the research institute's clinic.

She moved to Seattle from the Boston area in December to work as editorial for the Institute for Health Metrics and Evaluation.

She lives in an apartment with roommates, and her social life took a hit with the coronavirus restrictions. The ultimate frisbee team she joined for the spring season is no longer playing: “Our very first game was ," she said.

“The dating scene is kind of on hold for the moment," Sirull added. "You know, people talk about finding their quarantine buddy, but I'm happy to kind of wait another couple months. You know, it's not that pressing an issue right now for me."

She's heard friends make dark jokes about parallels between the coronavirus pandemic and the start of every zombie apocalypse movie ever made. “I say, ‘No, guys, it doesn’t have to go that way!'”

She joined the vaccine study as “a way to contribute to the situation in a positive way, considering, you know, the main guidelines that we all have right now are to stay home and do nothing, which is sort of a hard message to hear when you want to help out.”