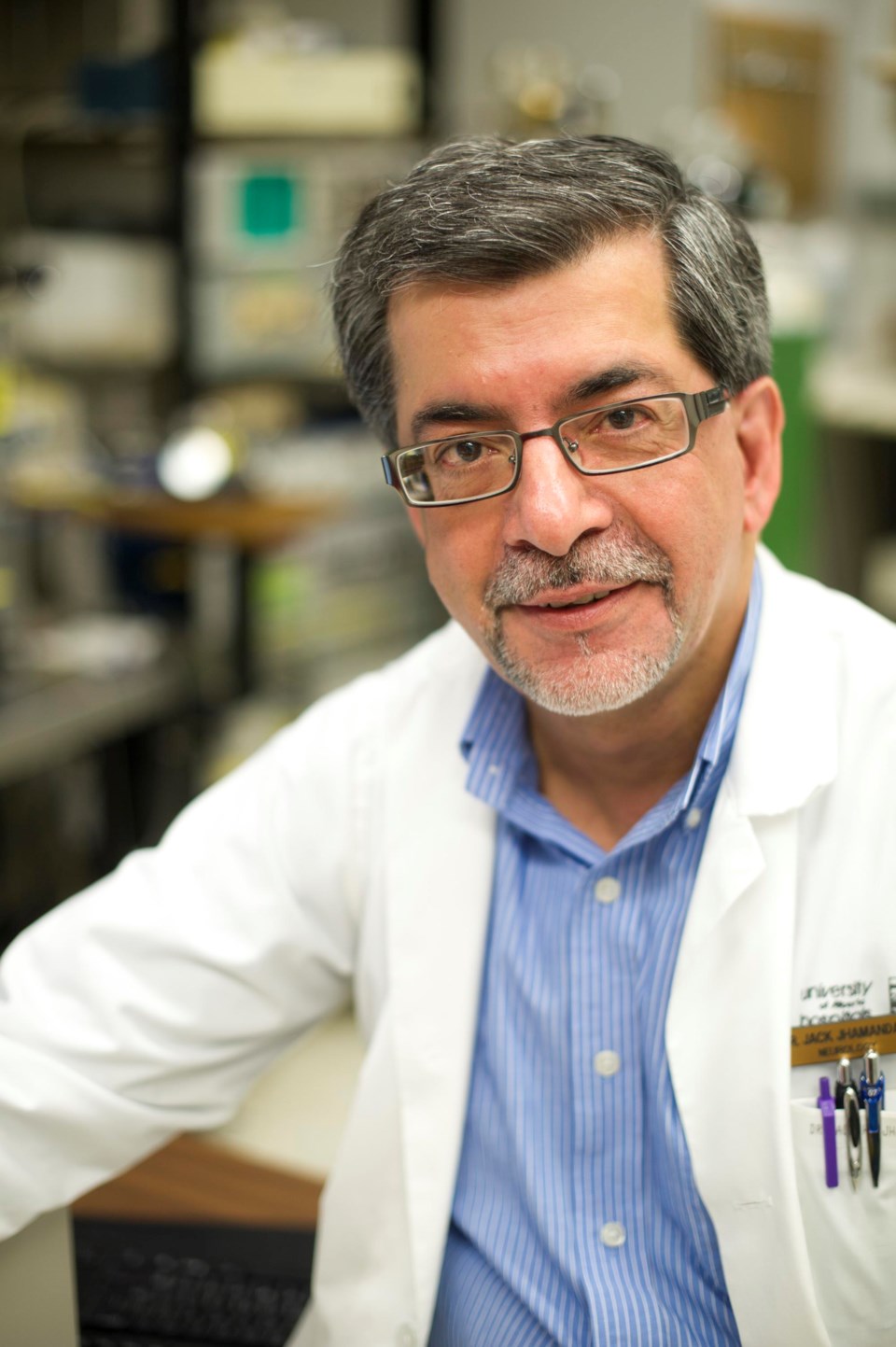 Dr. Jack Jhamandas, a physician-scientist, has worked for more than two decades to find a treatment for Alzheimer's disease. SUPPLIED PHOTO

Pandemic protocols have restricted public gatherings, but the Festival of Trees is attempting to break our cycle of isolation making sure children enjoy some Christmas fun. As is customary, the festival continues to fundraise for a cause. This year, it is Alzheimer's disease.

Given COVID-19, the time-honoured festival has been pared down to a series of virtual children’s activities, transforming from a five-day regional extravaganza at Shaw Conference Centre to a more extended personal, intimate experience in your home.

The University Hospital Foundation, the festival’s event host, offers online experiences including a live one-on-one visit with Santa, a pre-recorded group visit with Santa, and virtual story time with Mrs. Claus. Times can be booked until Dec. 20.

Over 35 years, the Festival of Trees has raised more than $22 million for medical causes. Fundraisers have ranged from heart care at the Mazankowski Institute to brain care with the Stroke Ambulance. Last year, the festival highlighted the osseointegration of prosthetic limbs as implants.

This year, the focus is Alzheimer’s research led by a dynamic team at the University of Alberta that includes Dr. Jack Jhamandas, a distinguished neurologist and university professor for the Department of Medicine.

Jhamandas has spent more than two decades attempting to find a treatment for Alzheimer’s, an illness that profoundly affects 75,000 Albertans every year. The national numbers account for 500,000 patients annually and are expected to further spike with our aging population.

As lead investigator working with a small team, the physician-scientist discovered mice with Alzheimer’s showed significant memory improvement after receiving daily injections of a particular string of amino acids, or peptides, after five weeks.

Teamed with University of Alberta virologist Dr. Lorne Tyrell and 2020 Nobel Prize winner Dr. Michael Houghton, Jhamandas is in the process of developing a drug in pill form based on the amino acid compound that was so successful in mice. This is the final phase before clinical trials where humans volunteers can start testing the drugs.

In the jargon of science, developing the drug in pill form is considered a “high-risk, high-reward" venture – one that requires about $5 million. This type of research is not typically funded by granting agencies. Yet before scientists can partner with pharmaceutical companies to produce medication, millions of dollars are needed for preliminary research.

“To do high-risk, high-reward science, you need philanthropy. You need people willing to push the boulder up the hill. This is what hospital foundations do. It is critical for us,” said Jhamandas.

A McGill University graduate, he first entered the University of Alberta research program in 1987 probing the links between brain control, blood pressure and hypertension.

“I was working in an area of the brain, the same area where brain cells affect Alzheimer’s. I started looking at brain cells from a different area, from blood pressure to memory,” he said.

He discovered a protein called amyloid beta deposited on brain cells, which causes dysfunction and death in the cells.

“My goal was to find a means to block the effects of the protein and protect brain cells.”

Jhamandas was aware amyloids were also an unwanted plaque in diabetes. Since the pancreatic disease and memory disease had a common link, he pondered the idea of aborting the unwanted protein by working on peptides, an effective treatment for some diabetic patients.

“I wanted to connect them on the epidemiological and molecular level.”

“I compare it to a keyhole where you have to fit the right key and put up a barrier to block the amyloid.”

Initially, injections of the amino acid peptides were given to subjects.

“But injections metabolized in the blood quickly. It got chewed up before it reached the brain.”

His team’s solution was to chop AC253 into pieces to create smaller peptide strings that blocked the amyloid protein in a similar manner.

The next step was turning to the university’s two virology labs that offered state-of-the-art computational modeling and artificial intelligence.

“We needed to know what the keyhole looks like and find the type of key that fits. To screen millions of compounds you need a great deal of computational power,” he said.

“We were trying to find one or more drugs that were easy to administer and could be taken orally that would restore memory and learning in persons with Alzheimer's, or even people in the early stages. It could change the trajectory of a person’s life.”

He contacted Tyrell and Houghton at the university's virology institutes to discover a small molecule drug. Small molecule drugs are cheaper to manufacture, can be taken orally, and more easily reach the brain without being metabolized quickly.

“We embarked on a collaboration and screened eight million compounds in a matter of weeks. Before, it would have taken us years.

“The public has an investment in this. They become partners in the research. When you have a stake in something, you become more invested in it. I think it’s important to convey a big thank you to the public. They are supporters – not observers or bystanders, but genuine partners of the University Hospital Foundation for making this possible.”

To book a Festival of Trees Santa experience for children or donate to Alzheimer's research visit festivaloftrees.ca. In addition, the hospital foundation just announced a 50/50 draw with a maximum jackpot of $500,000 and three early bird draws. Tickets can be purchased from today until Dec. 23 at uhf5050.ca.