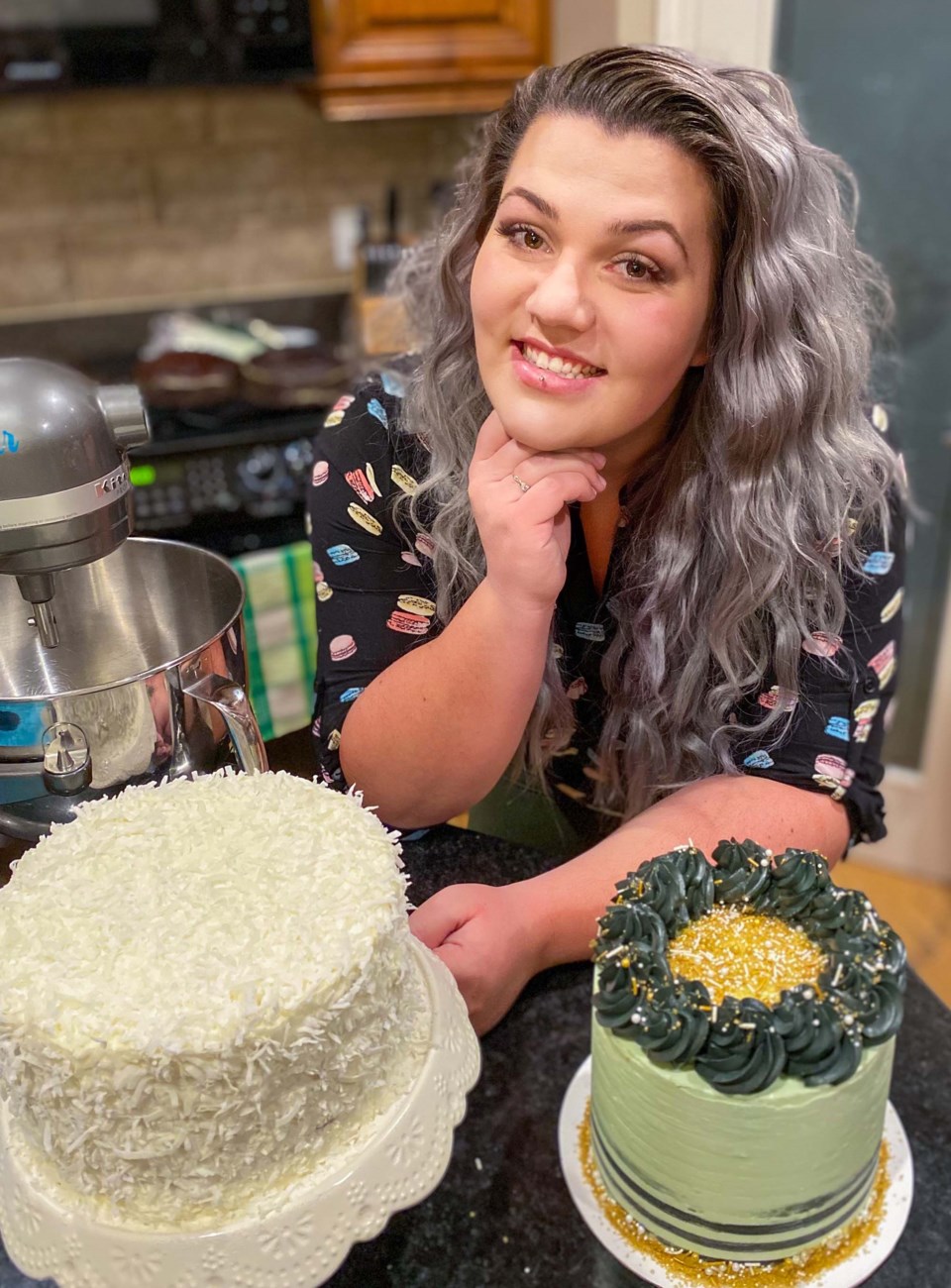 St. Albert pastry chef Crystal Wood is hoping for a shot at glory with an entry into the Greatest Baker Competition taking place right now.

The Oakmont resident hopes to go the distance in a public voting contest where the grand prize is $10,000, a feature article in Bake from Scratch Magazine and a year’s supply of Stuffed Puffs (marshmallows stuffed with chocolate).

“I’ve dreamed of opening a family bakery since my mother let me ruin my first recipe and my grandmother helped me bake my first chocolate cake. Winning this competition is a huge step toward that. All it takes is a little bit of time and a lot of support,” said Wood, a graduate of London, Ont.’s Fanshawe College’s two-year baker/patissier program.

Currently, the young mother operates Desserts By CW from her home. Hoping to raise her profile, Wood first heard of the competition after her sister sent her a video-promotion of the event.

The competition is endorsed by Jen Barney, a Wisconsin home baker who claimed the title of Food Networks’ 2017 Holiday Baking Championship. Now lauded as a celebrity chef, Barney aspires to assist less well-known chefs and bakers fulfill their dreams.

The stakes are high at the round-robin style event as home bakers and professional pastry chefs from across the world compete for the grand prize. Wood finished the first round of voting on Thursday, Nov. 5, where the top 10 entries moved to a second round. She was in fifth place.

For the second round, competitors are required to present a video that demonstrates their skills and backs up their claims. Although Wood’s specialty is cakes and pies, she plans to craft Hot Chocolate Bombs, a very melty dessert-drink that puts the cheer back in winter.

“They’re very popular right now and it might be fun to show the technique behind them.”

The second round of votes closes Thursday, Nov. 12 at 11 p.m. EST. Only the top three contenders will be move to round three. Wood hopes people will take a few minutes from their day to give her numbers a boost at greatestbaker.com/2020/crystal-wood.