A generation of peace one day at a time 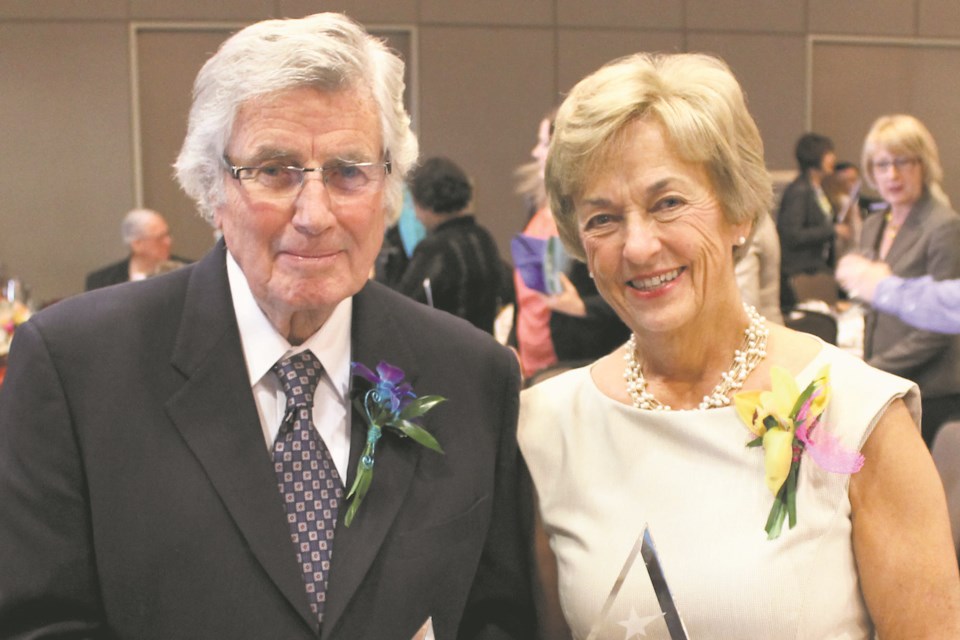 Jack and Mary O'Neill. Jack, left, is considered one of the founding fathers of the John Humphrey Centre for Peace and Human Rights, which is celebrating its 20th anniversary.

There are many reasons why a celebration is necessary today. For Renée Vaugeois, the executive director at the John Humphrey Centre for Peace and Human Rights, the 20th anniversary of the organization’s founding is just the first one.

Perhaps the second reason is looking at the circumstances that led to the centre's creation in the first place, a time when two prominent St. Albertans and one Edmontonian were key players.

“It has a deeper history. It has a history all the way back to when John Humphrey came back to Canada in 1966 and set up a group called the Human Rights Education Foundation. That was in Montreal, but there were a few people like Gerry Gall and Jack O'Neill and Gurcharan Singh Bhatia who were part of that,” she said of the three who are now referred to as the founding fathers of the centre.

She recalled back to 1998 when the three held an international conference called Universal Rights and Human Values: A Blueprint for Peace, Justice and Freedom, which brought together speakers including Archbishop Desmond Tutu, the former president of Ireland Mary Robinson, and the late Right Honourable Antonio Lamer, Canadian lawyer, jurist and the 16th Chief Justice of the Supreme Court of Canada.

“It was from that conference where they realized they had a bit of surplus and they realized that they really needed to establish an independent organization out west here that could really advance human rights education. They felt a bit disconnected from the one out east.”

The event was the largest international commemoration and reflection of the 50th anniversary of the Universal Declaration of Human Rights that was adopted by the United Nations General Assembly on Dec. 10, 1948.

Born in New Brunswick, John Peters Humphrey was a legal scholar and human rights advocate who was the author of the first draft of the Universal Declaration of Human Rights.

The centre is hosting a celebration Saturday night to recognize those contributions of the founding fathers along with other key members of the JHC community including the rest of the Gall family, Christine Rapp, and Maigan van der Giessen.

Rapp is a lawyer who has been involved with the centre since its inception and now sits as a special adviser to its board of directors, while van der Giessen is the organization’s arts lead and program facilitator. She has been involved for the last decade, leading art projects including the Paint the Rails project in collaboration with Edmonton Transit Service, transforming public spaces through public art, community engagement and a celebration of local history with an eye to issues of colonization, reclamation and reconciliation.

There are 20 years of educational programs and community building events that the John Humphrey Centre has brought forth and continues to offer to enrich people’s lives while upholding its values of respect, equality, and co-operation. The emotional and political landscape of the world keeps changing but the centre tries to offer a sense of equilibrium to one and all, Vaugeois said, while working with other centres around the world with a similar mandate.

“I think what's really interesting is it's always constantly evolving and shifting with whatever that landscape is. When I think about when I first started, the work I was really centred on was this building of Edmonton as a human rights city. It was part of 10 other cities around the world working to achieve this goal,” she continued.

“That's been a centre point of the work for me for many years. It’s interesting. When we started, I remember the mayor at the time telling me, ‘Why are you doing this project? The human rights issues aren't here. They're down in other countries.’ That really highlighted to me what a journey it was going to be to get people thinking about our community through a human rights lens. It was in 2016 that the city finally through the End Poverty Strategy formally made that commitment to being a Human Rights City. That was a long journey of trying to push that, but the challenge is to really make that reality within the municipality and surrounding areas.”

It happened, son of interned Ukrainian says
Jan 10, 2020 3:00 PM
Comments
We welcome your feedback and encourage you to share your thoughts on this story. We ask that you be respectful of others and their points of view, refrain from personal attacks and stay on topic. To learn about our commenting policies and how we moderate, please read our Community Guidelines.