At Your Service: Reel Mondays lined up for your viewing pleasure

Need a cinematic escape to heat up your Alberta winter blues? Reel Mondays has the cure in five marvellous doses for you.
Dec 7, 2019 12:00 PM By: Scott Hayes 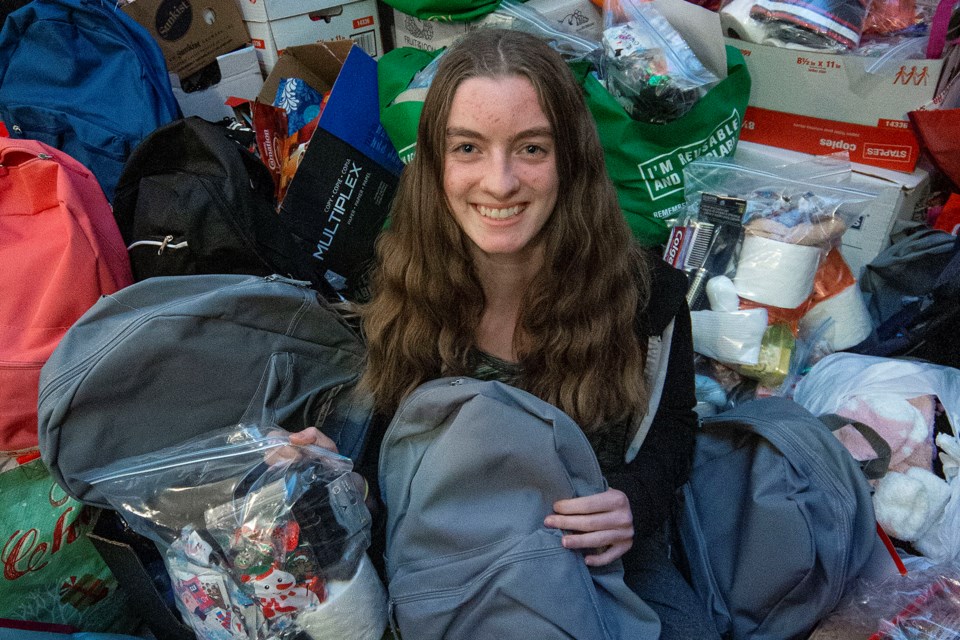 Cora Pacholok of St. Albert is the local co-ordinator of Bags of Hope, now in its fifth year. Annually, the Pacholok family collects food, hygiene products and warm clothing to put into backpacks and donate them to those in need through the Mosaic Centre in Edmonton. CHRIS COLBOURNE/St. Albert Gazette

Need a cinematic escape to heat up your Alberta winter blues? Reel Mondays has the cure in five marvellous doses for you. What's more is this medicine has more stars than ever before – yet there's still something for everyone, as always.

"Even though I am biased, I see this season as having an eclectic line up," said Valerie Spink, the president of the Friends of the St. Albert Public Library, "but then, I say that with every season."

The hits just keep on coming after that, with After the Wedding (Feb. 24), Judy (March 23), The Good Liar (April 20), and Ford v. Ferrari capping things off on May 11. There's a bevy of stars offering some world-class entertainment throughout, and certainly some of these will be strong contenders for the 92nd Academy Awards ceremony set for Feb. 9.

Reel Mondays is the pillar of the Friends' fundraising efforts to benefit the St. Albert Public Library primarily through funding the St. Albert Readers' Festival, better known as STARFest.

Individual and season tickets for the Winter 2020 season are now available at the library's customer service desk and by visiting friendsofsapl.eventbrite.com. Each ticket is $15 or $60 for the season pass, which Spink said would be a steal at that price and would make a fine Christmas present for adults of all ages.

If you've ever wanted to support seniors while supporting your body's circulatory and lymphatic systems, then there's a yoga class just for you. The event, lined up to start at 1 p.m. on Saturday, Dec. 14, includes peaceful, gentle yoga (led by Frances Gagnon) and sound meditation and crystal bowls (by Val Whitehead) as a fundraiser for the Support A Senior program at the St. Albert Seniors Association. Coffee and tea with sweets and snacks will follow, along with door prizes and 50/50 tickets.

People can sign up at the front desk at Red Willow Place before Dec. 9. Admittance costs $20 and people should expect to wear comfortable clothes and bring their own yoga mats and blankets.

The Support A Senior program manages a fund that helps seniors to attend programs when they otherwise would not be able to, or who have other financial needs. The program can be accessed by contacting the Senior Services Co-ordinator at 780-459-0433 (ext. 4).