Babs Blabs is the newest podcast on the block

There's a fresh young voice at the mic. Jaden Babiuk is a Grade 12 student at ESSMY working off his "extreme boredom" by interviewing people around St. Albert.
0
Apr 30, 2020 10:30 AM By: Scott Hayes 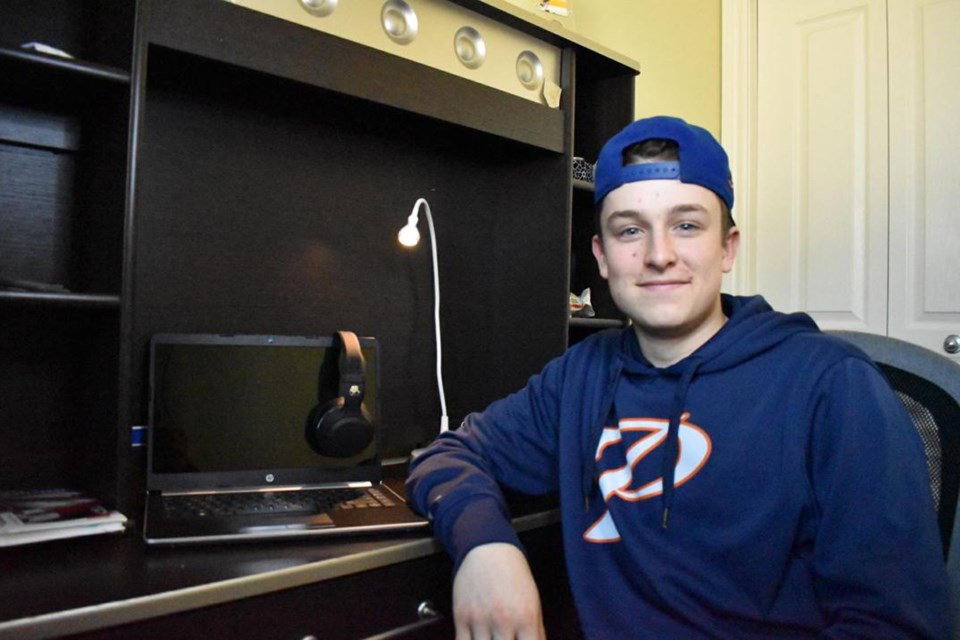 One Grade 12 École Secondaire Sainte Marguerite d'Youville student is using the pandemic to explore his interviewing skills as a content producer. Babs Blabs is student council president Jaden Babiuk’s fresh-as-a-spring-rain podcast, which can be found online at www.anchor.fm/babsblabs.

It already has two episodes out plus one more – with a prominent figure from the community, no less – waiting to be posted.

The original idea came to him on his bike, likely one of the few occasions during the day when he wasn’t doing the talking, he admits.

“I bike to school every day for the past couple of years and I always listen to a podcast on the bike ride. I was like, ‘Man, I talk a lot as it is, so why not record when I talk? I always said that I should do this for about a year. Now that I'm facing extreme boredom levels, we got together at student council and I said, ‘Hey, I could do this, kind of affiliated with the school.’ And that's kind of how it was born,” he explained.

Babs Blabs was born with its first episode premiering on April 20, featuring a nearly 40-minute casual conversation with his physics and chemistry teacher Daniel Veraart. They talk about how current events including how COVID-19 has changed education, plus they predict how it will all turn out.

The concept of the series is simple enough. Babiuk’s blurb on the site says it’s there to inform, provide insight and maybe make you laugh a little. The second interview, posted on Monday, featured this reporter in a rare and exclusive interview made even more interesting as it provided the forum for the interview with Babiuk for this article.

There are only so many teachers at the school he could interview, he explained.

“It's nice to have an outside perspective and outside voice,” he continued, referring to a long list of people who he would love to sign up as future interview subjects, despite how unrealistic that might be. The thing is, he has a lot of curiosity about people and he’s not afraid to ask questions.

“I really like picking people's brains. That's why I think that, it's helped me learn that you can have conversations with people and maybe it's not just me learning: it's other people learning, too, from the conversation. That's why I plan the questions out the way I did, because I think that not just I have the chance to learn, but I think other people have a chance to learn and maybe, you know, find their passion for a podcast.”

ESSMY is in a transition period as its high school classes are being transferred over to St. Albert Catholic High School starting in the fall. Babiuk is one of its last nine Grade 12 students graduating this year. Don’t worry: he’s still keeping up with his studies ... from home.

“It feels really weird because you wake up, and school doesn't really start. And then once school is supposed to be done, it doesn't really feel like it's done. I'm doing work at all hours of the day,” he explained.

“We have occasional classes. I like to go just to talk. I love socializing with people. Student council meetings ... we have that once a week still. We've moved everything online. Now, we have a student council Instagram account and that's actually where we're promoting the podcast. For the most part, it's relatively the same workwise. I think the biggest thing is not being able to have that human conversation every day.”

He already has a few possible plans for post-secondary, though nothing is firmed up yet.

Stay tuned to Babs Blabs when his third interview goes live on May 4.