Because they were girls

An important documentary about sexual abuse is coming to Metro Cinema next week. The Pooni sisters allowed their friend, Baljit Sangra, to film the documentary Because We Are Girls to tell the world their story and give others the confidence to tell theirs, too.
0
Feb 24, 2020 2:00 PM By: Scott Hayes 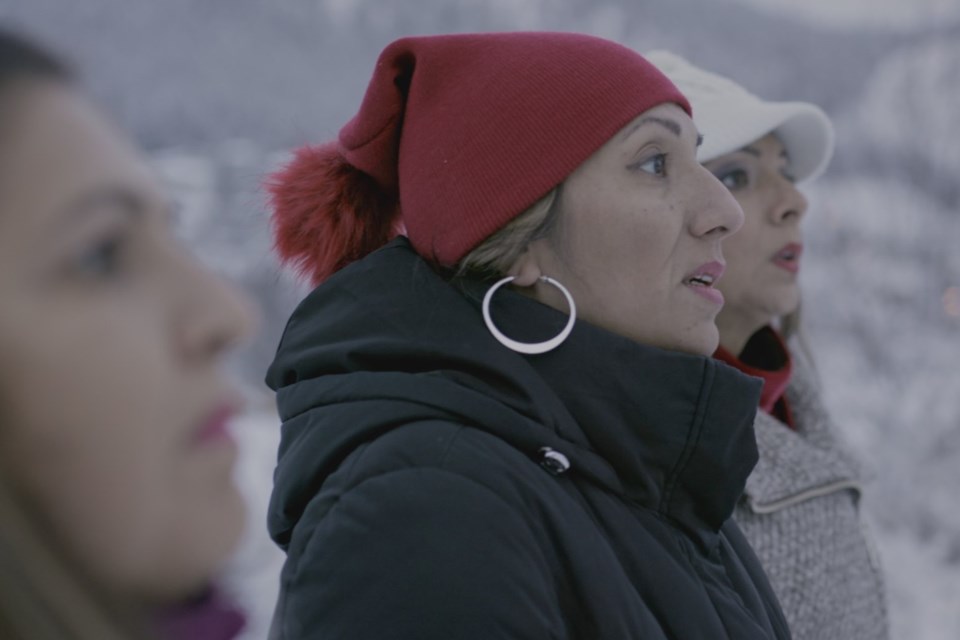 Because We Are Girls is the empowering story of Salakshana, Kira and Jeeti Pooni. The three sisters were sexually abused by an older relative throughout their childhood years. As adults, they broke through the secrecy and the cultural taboos and took him to court to face his justice, becoming heroes in the process.

Because We Are Girls

An upcoming documentary screening at Metro Cinema might need to come with a bold note of encouragement along with a trigger warning. Because We Are Girls offers a look into the awful history of three sisters who were sexually abused by an older relative. In the end, their story is resoundingly positive and powerful as those sisters, now grown, continue to stand together in taking their perpetrator to face justice even up to the highest court of the land.

The Pooni sisters – Jeeti, Kira, and Salakshana – should be considered folk heroes by this point. Not only did they endure their traumas but they became stronger for having the courage to face that person under that supreme gaze of the law and allow themselves to be filmed for this project. In fact, it was Jeeti’s idea in the first place.

Director Baljit Sangra said that her friendship with Jeeti must have been an important factor in that decision.

“I think because we had a friendship and we came from the same background, there was an established trust that allowed for vulnerability,” Sangra said.

The Pooni sisters came from a conservative Indo-Canadian family that lived in the small northern British Columbia mill town of Williams Lake. They kept to themselves mostly, they admitted, but were otherwise a tight family that kept a firm adherence to their traditional cultural values. Girls must be modest and submissive in the Punjabi way.

In the film, Jeeti describes herself as the middle daughter in her parents’ quest for a son. The best day of her life, she continues, was the day of her wedding. That was the day she could leave behind her hometown, leaving behind a dark secret at the same time.

She was 11 when she was raped for the first time. Her 19-year-old cousin was living at her family's house along with several other relatives from India. One day, he woke her up from her bed, and took her childhood away.

The violation was just the beginning of the abuse that continued probably thousands of times, by her account. It was a pattern that eventually came to include the abuse of her two sisters as well. Preserving modesty and submissiveness as best they could, they told no one.

Actually, Jeeti was in her 20s when she made the devastating realization that she wasn’t alone in the suffering. It was a double suffering because it becomes a prison. The abuse was sexual and emotional, she explains in the documentary.

“There were certain things said so that you stay in your order. Those people thought because we’re girls my dad’s not going to pay much attention,” she said.

“We grew up with the same cultural and social values, so I understood why she kept this a secret for so long. I felt like I could really relate to her story,” Sangra added.

The story of power

It’s one thing to be someone who bad things happen to. It’s another thing entirely to be someone who takes those bad things and turns them good. Jeeti Pooni and her sisters Kira and Salakshana survived and became forces for positive change, and they did so without the support of their parents and their cultural community.

To have this story of dominance and shame documented and screened for all to see would otherwise be a mortifying embarrassment. Instead, it becomes a flashpoint for major transformation for her, her family, her community, and the country, one and all. The film, with its jaunty episodes of Indian dancing and song, reflects that transformation, focusing more on the joy of the sisters and how they took control over their lives rather than the alternative. This is their story, and they want to share it with as many people as possible.

“It means the world to me,” Jeeti began. “It’s not just my lived story or the lived story and experiences of me and my sisters. It's a story that basically touches every home. There's so many homes out there: so many women, girls, boys, men out there that share the same story and experience that we have. To have this come out in this big way, I can't even tell you how grateful I am.”

Eventually, her parents came to support them and participated in this film as well.

“Everything just unfolded beautifully. It just all worked in unison. We're here. We have a product, a film, a message that is giving other survivors the ‘okay’ to break their silence or to start their journey or healing in their lives, and to have that sense that ‘holy, I'm not the only one that's been through something like this… I'm not alone, that there's others out there.’ We stand there as a huge symbol of inspiration for others to borrow courage, to start their healing journey.”

For her, there was two decades of suffering and silence. Those days are in the past.

Jeeti and her sisters strive to join Sangra their documentarian friend for screenings across the country to prove the human face of triumph over trauma. Sangra said that it is not uncommon for these presentations – which include Q&A sessions – to experience audience members coming forward with revelations of their own similar suffering.

For telling the truth and empowering themselves and so many others, the Pooni sisters and their good friend Baljit Sangra have done the world a great service by saying that it’s okay to come forward and tell the truth. Taking a perpetrator to court to determine judgment of guilt or innocence is just a detail.