François Girard knows a thing or two about making movies with heavy subject matter but nothing except his experience could have prepared him for the monumental challenge of The Song of Names, an intergenerational detective story about one brother's search for another. Of course, the music is there, but it's the story and the performances that hold up the emotional weight.
0
Mar 27, 2020 4:00 PM By: Scott Hayes 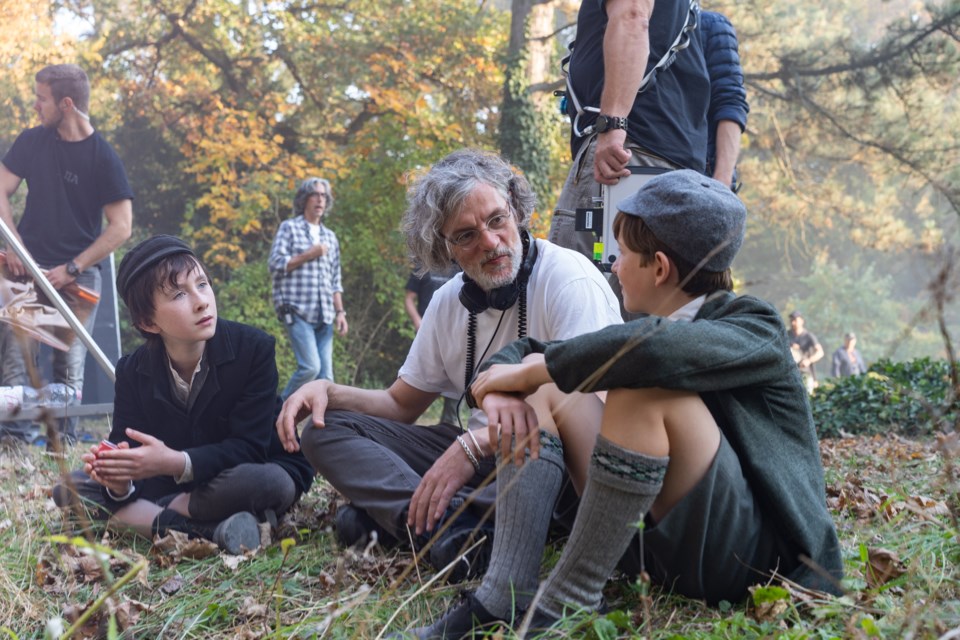 Montréal director François Girard is already well-known for Thirty Two Short Films About Glenn Gould and The Red Violin, two films whose musical inspirations are obvious and whose tender beauties are transcendent as they play with memory and history in both grand and intimate sweeps.

His new film The Song of Names (based on the novel by Norman Lebrecht) is just about as emotional and beautiful as it could get. One man searches his whole life to find his long lost brother, a violin virtuoso who disappeared on the night of his international début in a London concert hall in 1951. No word nor letter left, only a gap to plague his thoughts: what happened and why?

But the story isn’t as simple as that. The young musical prodigy came from a Polish Jewish family and his parents didn’t survive WWII. This isn’t a Holocaust story as you might expect from something like Schindler’s List, however. It’s more about the profound spiritual connections that weave in and out of one’s life.

Girard didn’t take the subject matter lightly. After all, he was the first director to ever set a film scene direct from Treblinka, the former extermination camp in Poland. To put that subject matter in the context of intergenerational trauma was a beautiful and important challenge.

“Now, this is a very particular angle proposed first by Norman Lebrecht, the author of the book, where we're looking at the periphery of the Holocaust, we're looking at the ripple effects, and how the Holocaust and the tragic events of the Second World War affected the lives of those surrounding the Jewish families in Poland and elsewhere,” the director began during a phone interview with the Gazette on Wednesday.

“We're actually never seeing the Holocaust and never depicting it. I didn't need to recreate any of those horrific scenes. It's a very intimate film. It's the story of two people – Dovidl and Martin – and how both their destinies will be changed forever by what happened during the Second World War.”

RELATED: The whispers that resonate on the wind

It’s a story about faith – both Dovidl’s Jewish faith and Martin’s faith that one day he will find Dovidl. We never lose track of how Dovidl’s disappearance was a huge blow to his adoptive family and especially Martin who he became very closely bonded with. Faith, after all, is a never-ending search for the source of a mystery.

Spirituality is the core of the film, Girard explained.

“We're following Martin so, technically, he is the main character: he's the driving the film. We follow him everywhere. Dovidl for a large portion of time is absent: we're looking for him. It's all about Dovidl: his battle with faith; his questioning of faith; his renunciation of faith; his retrieving of faith. He’s in a turmoil that is hard to understand for Martin. Right at the core of the story, there's this big betrayal. The audience is with Martin. We're digging into the reasons why Dovidl acted the way he did and it leads us straight back to the tragedy, the Second World War.”

Girard praised his six main performers (who portray the two brothers during three key periods of their lives) for doing the heavy lifting of carrying the audience through such difficult dramatic territory. Getting big name actors like Tim Roth and Clive Owen who also know how to bring a natural gravitas to their performances was a golden key, he added, but it did bring other challenges. They had to match the chemistries and the evolutions, not to mention their appearances, of the two other sets of their younger characters. They all had to be solid. There are only a few brief scenes where there isn’t at least one of these characters on screen at any time. That’s where he put his attention, he averred, and it was needed throughout the entire production, from writing and casting straight through to shooting, editing and post-production including ADR, the shorthand for Automated Dialog Replacement, otherwise known as looping when actors get to touch up their lines.

He noted that he knew immediately after reading the script that casting would be a demanding process, as if there weren’t enough pressures already.

“The markets and the world and the film world and the money world, they want the A stars list, and what I want and what you want and we all want it, also, is that great actors get cast into the right roles. If I had to go back two years ago, and then you asked me ‘who do you think are the perfect actors for this?’ I would say, Clive and Tim for different reasons: Tim with his edge and sharpness and intelligence that feeds into a kind of sentimentality and then Clive has a character that could come across empathetic. He’s made difficult choices. On the page, it was clear that we needed an actor with great charisma. I tried to think of who has better charisma than Clive.”