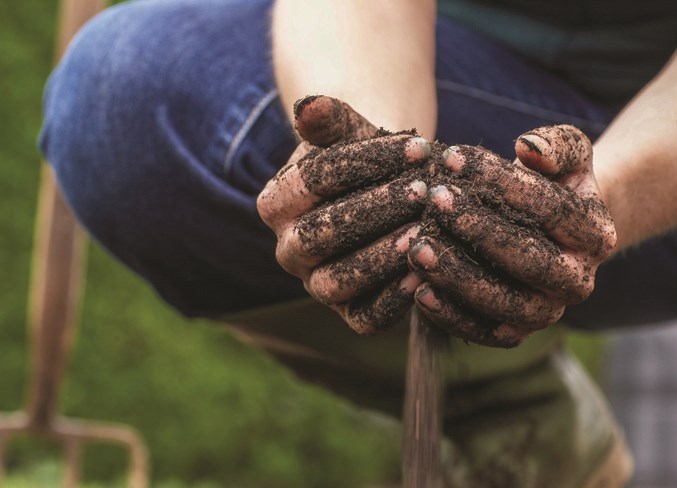 St. Albert's Charles Schroder uses a four-year succession plan in his four larger raised garden beds with carrots, beans, potatoes, and the cabbage family moving to the next raised bed each year. He says the rotation helps to prevent the depletion of the elements, such as nitrogen and sulphur, in the soil while allowing plants, such as peas or beans, to add nitrogen to the soil.

In my first article, I talked about raised beds and preparing the soil.

Starting in year one, I fill the first from August to the next July, occasionally layering plant material with soil. I put this compost, which has been decomposing for more than a year, on my beds in September. I rake it into the top six inches of each bed. The second bin starts to be filled in August and is emptied the following fall.

Gardening starts in January or February, a time for planning: where to plant, what to plant and when to plant. I use a four-year succession plan in my four larger raised beds with carrots, beans, potatoes, and the cabbage family moving to the next raised bed each year.

The rotation helps to prevent the depletion of the elements in soil (nitrogen, sulphur, phosphorous and trace elements) while allowing plants, such as peas or beans, to add nitrogen to the soil. This also helps to some extent to fool the garden pests that tend to go back to last year’s feast to lay their eggs. I also rotate plants around in the other parts of the garden each year for the same reasons as above.

I have a sunroom with grow lights. In early March, I plant peppers, determinate tomatoes and cucumbers in large containers that eventually go outside in late May. Indeterminate tomatoes (the vine type), flowers of all types, and herbs are planted in late March. I use a mixture of one-third garden soil, one-third compost and one-third potting soil for the seedling pots.

Depending on the weather and the long-range forecast, I start planting the cool weather plants – carrots, beets, onions, pok choy, the cabbage family, Swiss chard and spinach as early as possible, sometime in late April or early May.

I wait for warmer weather in mid-May or later to plant pumpkin, squash, zucchini, beans, potatoes, cucumbers and to transplant the tomato seedlings. If we have a cold spell, I will use cloches to protect the tender seedlings.

Near the end of May, I put the containers of determinate tomatoes, peppers and cucumbers outside. I also transplant the tomato seedlings and either stake them or plant them under a rope.

As the determinate tomatoes grow, I tie them to stakes or twist the stem around the rope. In a good summer they will eventually grow up to eight feet tall, bearing tomatoes all the way up.

Tomatoes like heat, so I plant them against the west wall of our house. Tomatoes thrive in the same area, year after year, and like compost made of tomato leaves and stems. I transplant the flower seedlings at this time as well.

In my next instalment, I will talk about weeding, watering and summer maintenance.

Charles Schroder is a St. Albert resident and an avid gardener.