Danny Trejo is a tough guy on screen but in real life, he works hard to change people's lives. A new documentary reveals the incredible behind the scenes story of redemption starring the man who once was a heroin addict facing the death penalty for armed robbery.
Oct 27, 2019 9:00 AM By: Scott Hayes 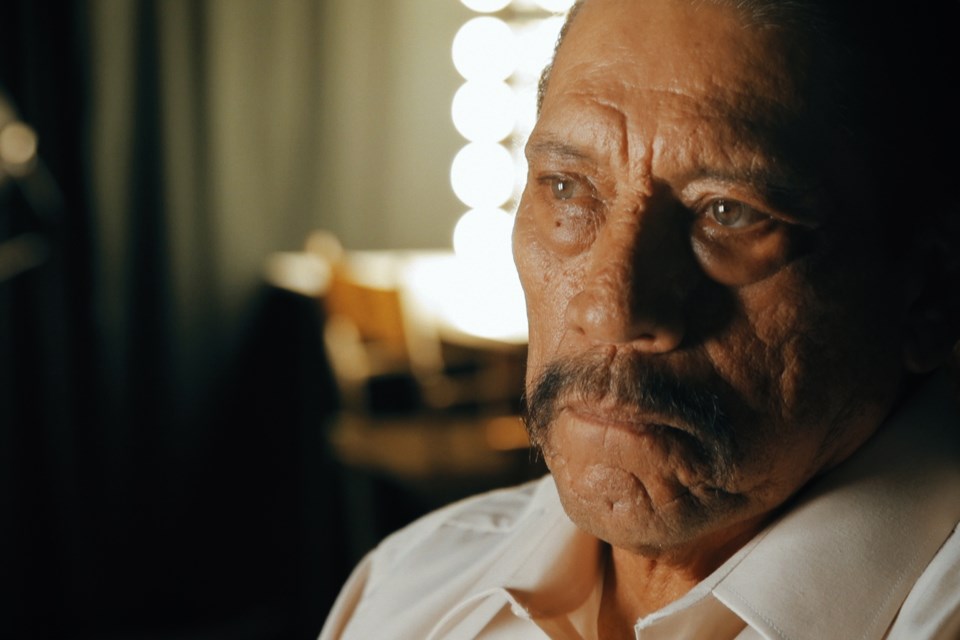 Inmate #1: The Rise of Danny Trejo

Rated: 14A for coarse language and violence

Metro Cinema is located at 8712 109 St. in Edmonton. metrocinema.org

Producer Adam Scorgie will be in attendance for a post-screening Q&A.

Danny Trejo. If you don’t know the Hollywood tough guy’s name then you almost certainly would recognize his weathered, moustachioed face or his world-famous chest tattoo. He’s played the heavy in nearly 400 films, including the campy, gory Machete series and #Roxy, filmed in St. Albert in 2017. His characters are definitely people you wouldn’t want to mess with, especially because he looks like a guy you wouldn’t want to mess with.

But behind the grizzly bear stare is a man who more people would liken to a teddy bear. Trejo is the subject of a new biographical documentary that gets its Edmonton premiere next week.

Inmate #1: The Rise Of Danny Trejo goes behind the scenes on how Trejo went from a heroin junkie at 12 to a violent criminal who went to prison for armed robbery with no prospect of improving his life from there. He got out of jail in 1969 and became an unlikely hero in his own life and in the lives of thousands of others. As often as he can, he visits prisons to talk to the inmates, share his story and remind them that they can always make positive changes in their lives.

He’s the heart of his own incredible story of personal transformation, redemption, and the triumph of the human spirit.

“It is an unbelievable story. I hate saying it because it's so cliché but it is one of those stories that if it was written into a script in Hollywood, you would not believe it,” said the film’s director, Brett Harvey.

He explained he was like many film fans who recognized Trejo’s gruff hombre characters from multiple movies. Once he came to know the man’s real story, he just knew it was something a broader audience should know, too.

“For me, it was the redemption side of it, the idea that anybody – as Michelle Rodriguez put it – doesn't have to be a product of who they are at the moment. Danny is the ultimate shift in redemption. He did most of his 20s in every state penitentiary across California at the time and then faced three counts in the death penalty. He sank to depths that you and I would never know and probably most people in the world will never know. And he has come back so strong. It's truly inspiring.”

Trejo, now 75, acts in several films every year, which facilitates him being able to visit prisons, addiction clinics and youth centres so he can show his face and talk to the people there. Danny is a different type of celebrity, Harvey said.

“He does not look at Hollywood work the way celebrities do. He's just basically, ‘I don't care what role it is. I'm doing a job. I'm making money.’ He's just happy to be working. He'll take roles all over the place. It's basically work and then find all the areas around there, or at least a few that fit within the schedule that he can talk to, because you got to remember too that he's 75 years old. I have no idea where the energy comes from or how he's able to do it.”

The film is indeed a powerful personal story and was a labour of love for Harvey. Producer Adam Scorgie explained the project was in very capable hands with the director, who was not only at the helm but also took on a wide variety of other roles during the production to make sure the film was the best it could possibly be.

“I nicknamed him this year ‘Brett-ley Kubrick’ because he literally does everything for the films,” he said, expressing the term with a lot of admiration and respect. “I work with a lot of different directors. Now, I'm fortunate enough to have a great relationship with him. He's the only one I know that writes, colours, shoots, edits, directs ... he literally did everything.”

Scorgie will be in attendance during Tuesday’s screening and will be on stage for a Q&A session after the film.