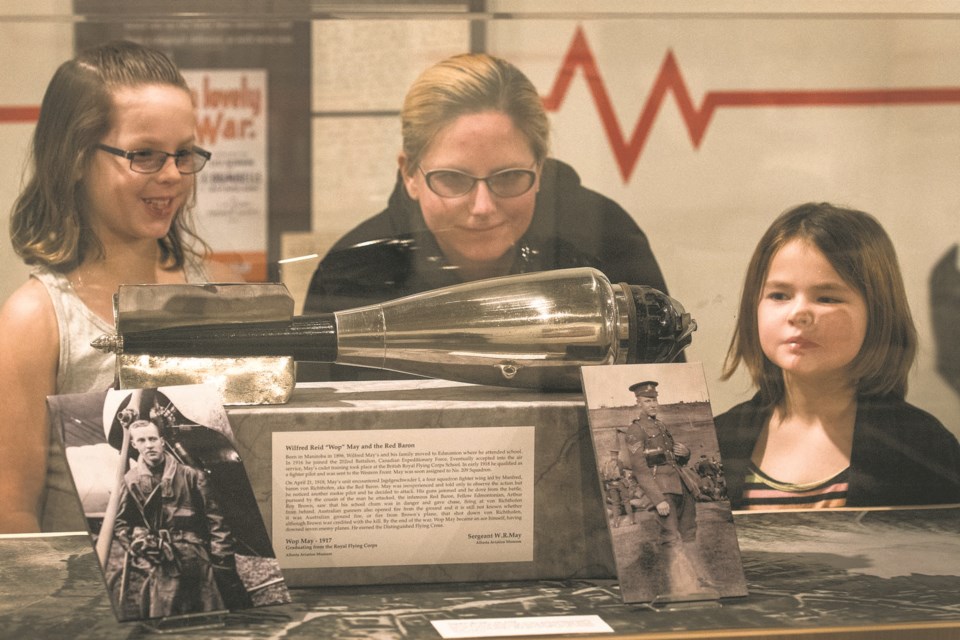 It’s business as usual at the Musée Héritage Museum with a new, unique and engaging exhibit on chairs from local history just opening up. The programmers have school groups coming and going, and the curator is hard at work on the next exhibit called Enemy Aliens, the story of how this country interned thousands of people of various ethnicities during the World Wars.

With all that’s going on, there’s barely any time for the staff members to stop for self-congratulation, even with the news that the museum was awarded the prestigious Robert R. Janes Award for Social Responsibility for 2019. Museum director Shari Strachan said that it came as a huge honour and an even huger surprise.

“It's interesting because we're so busy sometimes in our own spaces, doing what we do, that we don't even look at our whole body of work,” she said. “We're working on the next exhibition or we're building a new program or we're opening the sites and getting those houses ready but on a day-to-day basis, we do work hard to serve the community in all kinds of ways.

“It's an important award. I was writing the speech last night and thinking, ‘Wow, social responsibility. That's a lot of responsibility.’ Without trying to be glib about it, it's really important.”

Offered by the Alberta Museums Association (AMA), the award recognizes the Musée’s work in partnering with Indigenous groups for exhibits and programs that advance reconciliation; engaging youth with local arts, culture, and history; and collaborating with local groups for initiatives that support community well-being.

Over the last year, the museum has offered exhibits on pandemics, the gold rush, and the Armistice, and installed a new section on St. Albert’s residential schools to its permanent exhibit space. In the recent past, it also opened its archives (including a large collection of local Indigenous family histories) for public research and led collaborations in the spirit of reconciliation, most prominently involving its partnership with the city to create the Kâkesimokamik, the healing garden located on the riverbank across from St. Albert Place. There, everyone can learn more about the legacy of residential schools and help the community to heal. Before that, the museum let members of the Michel Band curate their own story in the way they wanted it to be told. In doing so, the museum won the AMA’s 2018 Leadership Award for Engagement.

In its program guide, curator Joanne White states that, while some of the exhibits deal with dark subject matter, “the hope is that we will bring discussion and light to the issues. History is an excellent reminder of where we have been and what we should be paying attention to in our present global context. Racial tension, disease, and war are not so different now. What could change is how we choose to face them.”

The Janes Award recognizes the museum’s ongoing efforts to solve community issues, promote health and well-being, and create a vibrant and sustainable community by building programs that work toward real social change.

In its official news release on the award, the AMA highlights the Musée’s embracing of the Truth and Reconciliation Commission’s Calls to Action, stating that “Every aspect of operations at the Musée Héritage Museum is guided by their inclusive, collaborative mission of moving forward together with their community and celebrating the historic diversity of the area they serve.”

Strachan added that the AMA has an award selection committee, which apparently does its work in secret, further leading to the shock of opening the award letter.

“You almost, in many ways, don't even know you're in the running. You get the letter and it's a bit of surprise. It was a little overwhelming. At first, I thought I was late with a grant application.”

That letter, she said, says how the Musée’s work stands out as a model for other institutions for its ways in engaging non-Indigenous and Indigenous members of the community through programs and partnerships. “It’s a shining example of how a museum can think outside the box and reach beyond its own walls and into the community,” she read.

“This is a big deal. It's very humbling because there are some museums in Alberta and across the western provinces that do some amazing things.”