The Musée Héritage Museum is bringing the public’s attention back to 1939 with a series of new features that will be set up just in time for Remembrance Day.
0
Nov 8, 2019 10:00 AM By: Scott Hayes 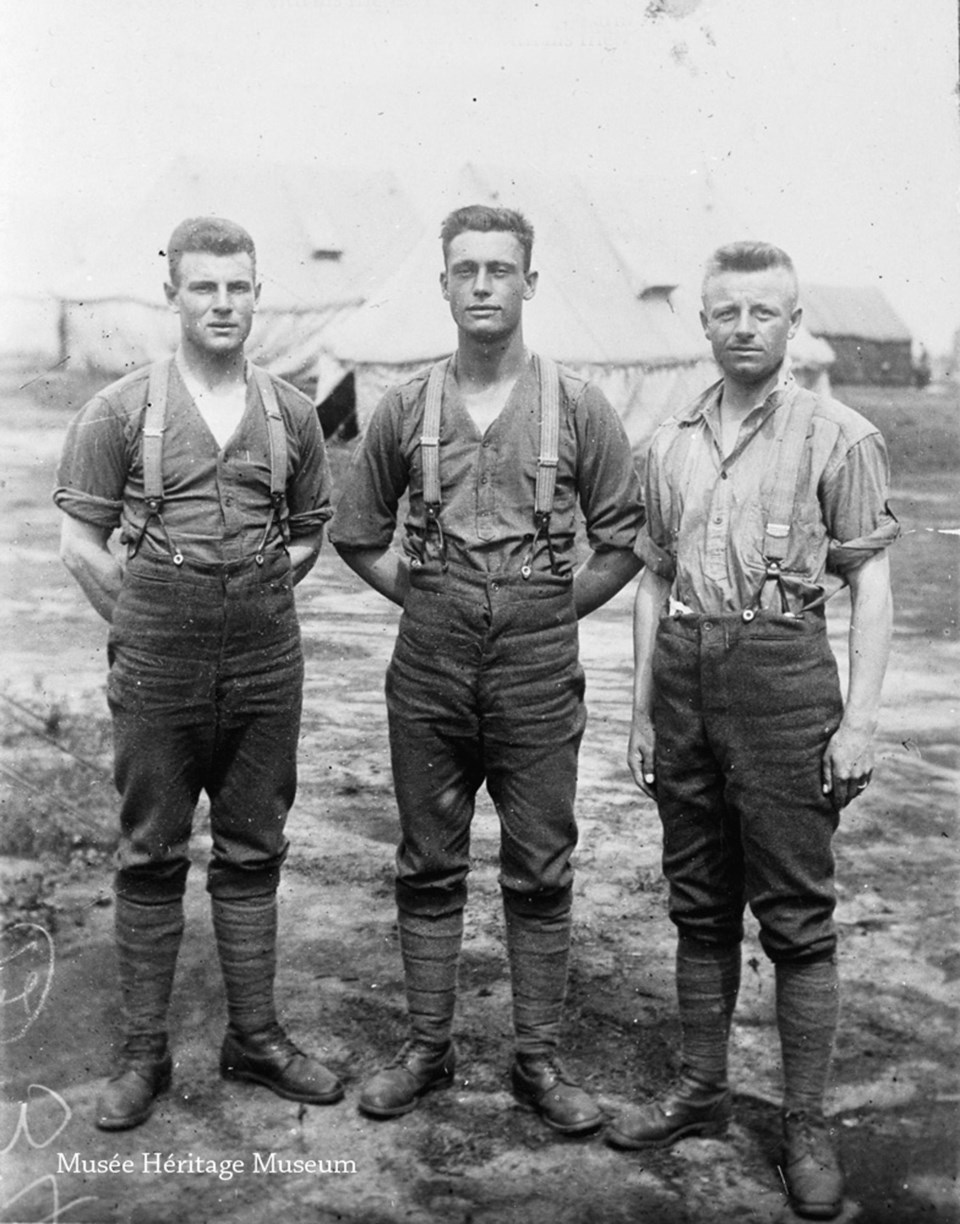 Emile Kremer, right, with his friends in the French army during the First World War, ca. 1919. This is just one photo out of many that will be used in a video display that people can view at the Musée Héritage Museum now and throughout Remembrance Day. The museum will have special hours from 9 a.m. to 1 p.m. on Nov. 11 with special activities as well. MUSEE HERITAGE MUSEUM/Photo

The Musée Héritage Museum is bringing the public’s attention back to 1939 with a series of new features that will be set up just in time for Remembrance Day. This is the 80th anniversary of the start of the First World War and so programmers are taking us back with historical posters and information panels, plus a series of photographs that will focus on local war efforts and soldiers who served.

War history is always booming, says the museum’s education programmer Roy Toomey, noting how it’s fairly common for people to come in and ask about it for their personal research.

“People just want to come in and talk about what their grandparents’ or their parents’ or different family members’ service was. I know the Loyal Edmonton Regiment Museum gets a lot more of that just because of the focus of the museum that they have but even we get that from time to time,” he said.

Toomey understands the passion that many people have for knowing those service details and not just on Nov. 11. It’s a big reason why he became involved in museums in the first place.

“It's always a very important day. To me, it’s probably the most important holiday of the year. That's personal to me. My grandfather served in the Second World War and so he was basically my biggest hero. That was really where my big interest in military history started because he was actually a career soldier,” he said, referring to Company Sergeant Major George Toomey, who served more than 26 years in the army including during the Second World War (with the Second Canadian Armored Brigade) and did two tours as a UN Peacekeeper during the Suez Crisis in Egypt in 1959.

To Toomey, knowing this history is more than just paying tribute to veterans. It’s about understanding and appreciating the value of what they were fighting for, especially so we can all share a better, brighter future.

“I think it's really important. All that political polarization that was happening in those days in the 1930s and '40s that led to the Second World War: communism versus fascism, extreme left versus extreme right. I think sometimes we need to remember that it's really important to remember what that kind of extreme thinking led to, especially nowadays, especially with the advent of social media and how polarized people's views get, left wing and right wing. I think sometimes it's dangerous and I think we need to remember where that has led us in the past. It's those who don't know the past who are doomed to repeat it, right?”

Some historic photographs and other informative panels have already been put up at the museum. The World War 1 Honour Roll will only be put up for Remembrance Day itself as the staff must take care that it isn’t exposed to too much light.

The museum will also offer a few family-friendly activities including a Second World War period board game for people to play, plus poppy and peace dove crafts. There will also be two slideshow presentations in the Discovery Room, with one focusing on North American and the British Commonwealth’s participation and the other on the rest of the world’s participation in The Great War. There are also Second World War and Korean War period jackets and helmets for people to try on.

Since it’s November in Alberta, the museum is also making sure to have some hot drinks available for those coming in from what might be a frosty ceremony at the cenotaph.