CANCELLED: Numismatics for the people 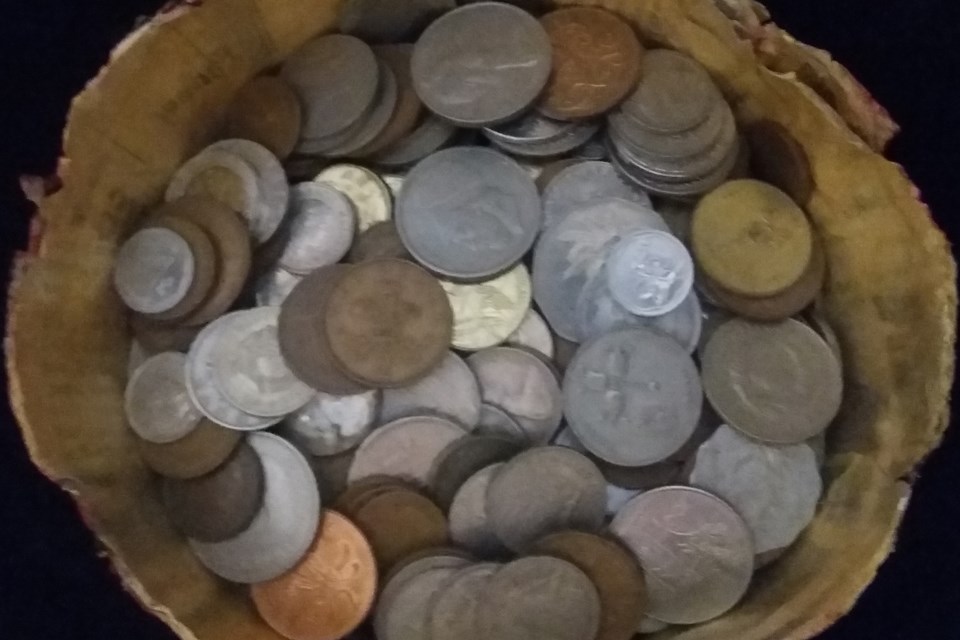 This weekend's coin show is not just for coin collectors and numismaticians says a representative of the local non-profit that hosts the twice-annual event. SCOTT HAYES/Photo

The Edmonton Coin Show has been cancelled. The Edmonton Numismatic Society issued the following statement on the event's Facebook page:

"Taking into account the revised advisories of provincial health authorities regarding the nature and demographic profile of an event as ours, and due to the rapidly escalating situation regarding Covid-19, the ever increasing number of event cancellations nationwide, attendance cancellations and an over abundance of caution, we have unfortunately been forced to cancel the Edmonton Coin Show March 2020.

Please advise anyone you know who was planning on attending.

We sincerely apologize for any inconvenience."

Hosted by the Edmonton Numismatic Society

If you had a nickel for every time you said ‘if you had a nickel,’ then you would be in excellent company at this weekend’s coin show. The biannual event is not just for coin collectors and other numismatists, which is the fancy word for people who study coins.

Just in case you thought that our world of plastic debit and credit cards had already firmly surpassed all interest in legal tender, the Edmonton Numismatic Society has solid attendance figures at both its spring and fall shows to confirm the popularity of money.

“I haven't found personally the waning in interest. If anything, it has become more of a collectible and curiosity as we're moving towards credit cards, debit cards, electronic currency,” began Pierre Driessen, the current secretary of the non-profit society that was founded in 1953.

The Edmonton Numismatic Society is Canada's largest coin and paper money collector society with more than 200 members and a regular newsletter, the award-winning publication called The Planchet. The organization essentially brings together people who enjoy collecting, studying, and researching coins from Canada and across the world.

There is a lot to be learned from taking a longer look at the coins in your pocket, Driessen says. That’s right: some ‘change’ will do you good.

“If you look at the design of coins, how they influenced economics, politics, history in general, social history, any aspect of life basically has been touched by coins one way or the other.”

His own interest in coins started when he was seven.

“I blame my mother wholeheartedly ... her fault, everything there is her fault,” he joked.

“She came back from sort of a business trip from England and she knew I was crazy about the Roman Empire so she had this plaque that she gave me for my birthday. She said to us, ‘Who does that look like?’ I said, ‘That looks like the Emperor Augustus.’ ‘Well, close. It’s the Emperor Napoleon, but made to look like Augustus.’ That started my fascination with French numismatics, metals and coins. It took off from there and it continues to this day.”

Everything in that Napoleonic series, he explained, touches on every subject of interest from war, diplomacy, religion, the law, politics, and economics, not to mention industry and art, the two disciplines directly involved in the manufacture and design of coins. Driessen is utterly fascinated with coins.

He’s not alone in his interest, either. More than 1,000 people come out to each of the two coin show events every year.

The show features dozens of exhibitors and offers attendees the chance to get free appraisals of coins and paper money, silver, gold, and bullion, as well as medals, tokens, watches, and other timepieces. There are educational coin and medal displays, plus two coin auctions: one for kids (with play money for bidding) and a real silent auction for adults. The show also has a nifty draw for a gold coin.

Regular annual membership in the society is $15 (the same price for a family membership) while a youth membership is only $5.