A Flat Earther meetup lands in the city on Sunday. This loose affiliation of skeptics and 'truthseekers' will gather for a robust discussion at Connor's Irish Pub.
0
Feb 15, 2020 1:30 PM By: Scott Hayes 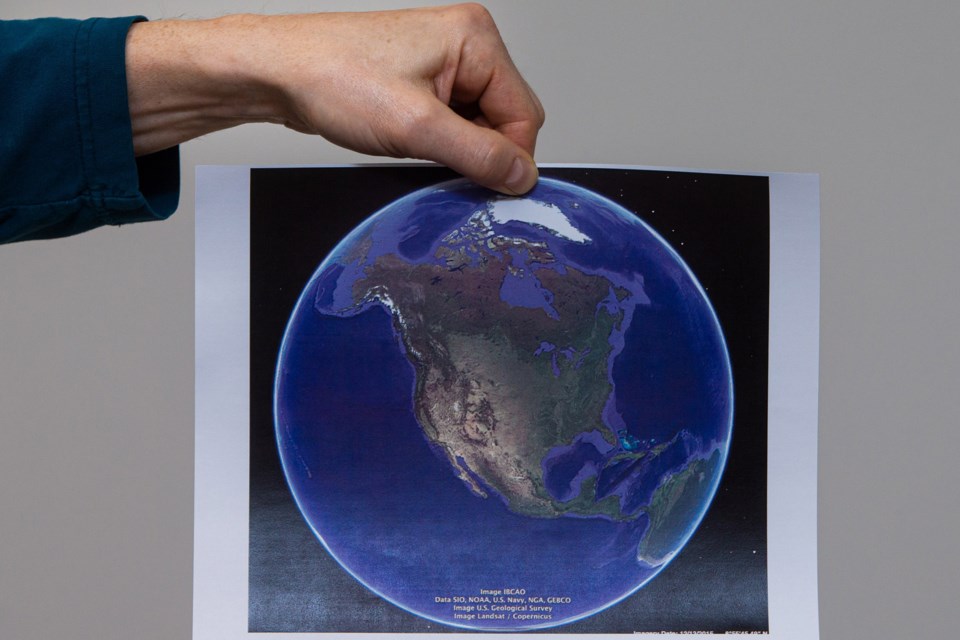 A group of flat earthers will be meeting at Connor's Pub this weekend to celebrate all things flat and to have a chance to socialize. CHRIS COLBOURNE/St. Albert Gazette

The group that refutes belief in a globular Earth is readying for a meetup in St. Albert this weekend. Flat Earthers encourage skepticism surrounding the shape of the planet, often using scientific reasoning to further the debate.

"It's basically conversation about all the deception that we're under," began Edgar Nernberg.

"It's not just flat earth. It's a whole ton of issues that really are, we've been greatly deceived by government, academia and the scientific community to the extent that it's hard to figure out what the actual truth is. We're a group of people trying to figure out what it is: the reality of where we live."

Nernberg describes the local association of like-minded fellows as a very loose-knit organization more akin to a group of individuals that he calls "truthseekers." They have only been meeting for discussion periodically for about a year, after a number of them attended an international Flat Earth Conference in Edmonton in August 2018. He was there along with approximately 250 others, by his report.

"There's an awful lot more people that are searching for the truth."

While he doesn't profess to know the truth, he is a firm advocate in debate and using logic and scientific reasoning to get closer to it. Scientists should question all things, he continued.

Ken Nowosiad agrees science doesn't explain observations about the shape of the planet. He says it doesn't make any sense that we don't feel any movement yet we are actually hurtling through space at incredible speeds over incredible distances.

According to him, the concept of gravity doesn't explain things. Using the example of a merry-go-round, he said standing at the edge of the spinning circle leaves one struggling to hold on, whereas standing closer to the middle offers a hardly noticeable centrifugal force. If the planet is spinning so fast and we're standing so far away from the core, we should experience the same phenomenon, according to him.

His other arguments include using math to disprove the curvature of the Earth based on observing natural landmarks like the mountains from varying distances.