St. Albert teacher's aide walks over 2,000 kilometres, because why not? 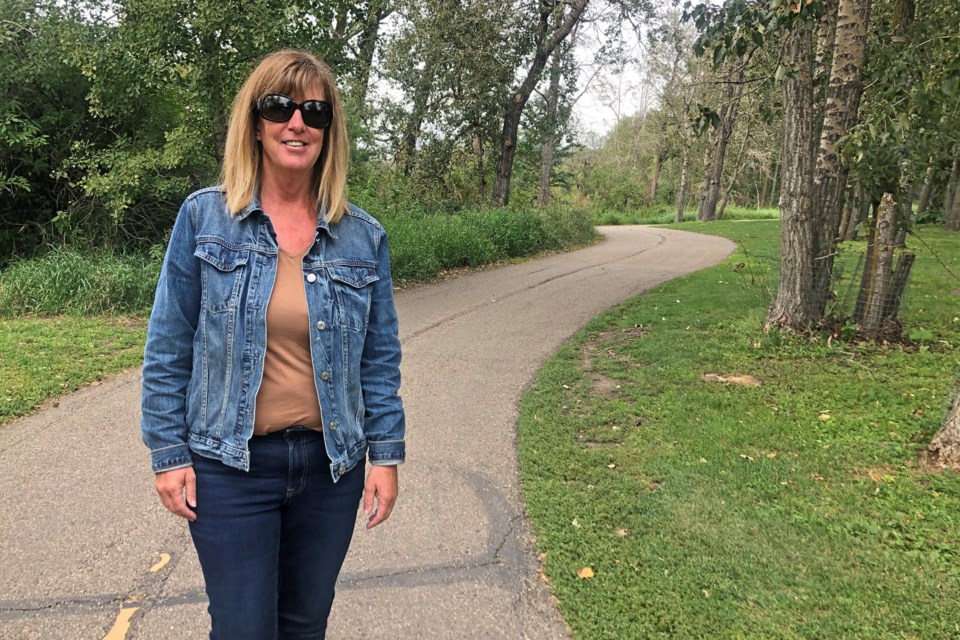 Trekking more than 2,000 kilometres isn't exactly anyone's idea of a walk in the park, but a St. Albert educational assistant made it look easy.

When schools closed down and gyms locked their doors mid-March due to the COVID-19 pandemic, Charlene Marklund's active lifestyle came to a screeching halt.

A self-described "people person," Marklund said she knew she needed to do something to keep her mental and physical health in check during the lockdown.

"So I said to myself, 'I'm going to set a goal of five kilometres a day. I can be happy about that,'" the 55-year old said. "Then I started saying, 'Okay, well I'm going to do seven. I should be able to do seven.'"

Rain or shine, Marklund put on a pair of running shoes and one foot in front of the other, often joined by friends and family multiple times a day. In May, her husband Doug suggested she start keeping track of how many kilometres she was walking, and a challenge was born.

"I wanted to see how many kilometres I could get by the end of August," she said. "Through those months, I think I only missed one or two days of walking. Even when it was pouring rain, I went."

Since then, her two feet have taken her through the streets of St. Albert, into Edmonton, The Plain Of Six Glaciers Tea House trail in Banff, and the Burstall Pass in Kananaskis. She averaged about seven kilometres per day. The longest distance she covered in one day clocked in at 32 kilometres.

At the end of August, Marklund had walked a total of 2,276 kilometres in five months – the equivalent of walking from St. Albert to Colorado. On top of that, she improved her cycling, covering 1,002 kilometres on her bike at the final tally.

She's dropped about two pant sizes and improved her walking speed, endurance and strength since starting the long-distance challenge.

"I wore out two pairs of running shoes," Marklund said with a smile.

"When I started, I had a kind of Mary Poppins walk – you know, la-di-da ... Now I probably go six kilometres an hour."

But the key to this challenge wasn't just physical, it was mental as well. Marklund never let herself get in the way of her goals, even in the middle of a pandemic. She never gave up.

Walking long distances taught her a little more about herself too, she said.

For those looking to start walking for exercise, Marklund says to start slow, and find someone to go with you if you can. It's important to set realistic goals for yourself.

"It doesn't have to be a big thing. Tell yourself, 'Okay, I'll walk for 10 minutes.' Maybe you can't do more than that in the beginning, but build it up slowly. It takes a while if you haven't done anything," she said. "And honestly, you have to have good shoes."

The COVID-19 pandemic has had a tremendous impact on countless lives around the world, and it can be easy to only focus on the negative, especially when times are hard. But Marklund said her experience taught her a valuable lesson.

"I learned that when you're faced with adversity, you can either let it get you down or you can use it as a motivator," she said.

"You can do anything you put your mind to, and you just have to try to find the positive every day."