The best of unlikely friends in Reel Mondays flick

Durham, North Carolina in 1971 must have been an incendiary time for American interracial social politics. Best of Enemies shows us that in living colour with the backdrop of a school burning to the ground and organized white supremacists having a bit of a showdown with those who would end black and white segregation in schools.
Oct 19, 2019 9:30 AM By: Scott Hayes 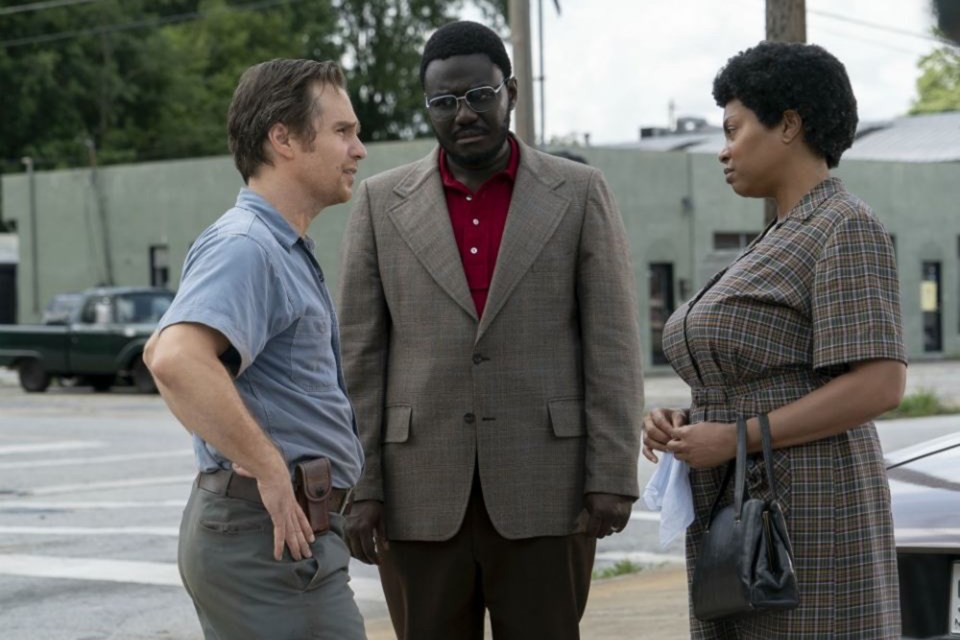 Klansman CP Ellis (Sam Rockwell) squares off against Ann Atwater (Taraji P. Henson) while Bill Riddick (Babou Ceesay) gets caught in the middle, in The Best of Enemies. The film, based on a true story of unlikely friendship, plays at the Arden Theatre on Oct. 21 as part of the Reel Mondays series. STX FILMS/Photo

Written and directed by Robin Bissell

Rated: PG for violence, substance use, and coarse language

Best of Enemies screens on Monday, Oct. 21, at 7 p.m. at the Arden Theatre as part of the St. Albert Public Library's Reel Mondays fundraiser. All proceeds go toward producing the St. Albert Readers' Festival, also known as STARFest. Tickets are $15 each and are available at the Customer Service desk and at Eventbrite.ca. Call 780-459-1530 or visit sapl.ca for more information.

Durham, North Carolina, in 1971 must have been an incendiary time for American interracial social politics. Best of Enemies shows us that in living colour with the backdrop of a school burning to the ground and organized white supremacists having a bit of a showdown with those who would end black and white segregation in schools.

This film is based on a true story and I always wonder how far the fictionalization veers from the truth. It has to be tough to make a racist likeable, especially one whose official title at the time was Exalted Cyclops of the Ku Klux Klan. It’s one of those movies where everyone’s southern accents get laid on pretty thick but that’s because this is meant to be realistic. How am I to know what they would have sounded like in that time and place?

Sam Rockwell plays that Cyclops, a man named C.P. Ellis. He’s the kind of guy who leads groups of white men with guns to shoot at houses in the middle of the night. Ann Atwater (Taraji P. Henson) is a great foil: a civil rights activist who fights poverty and other devastating social issues. When her child’s school burns down, the community has to find somewhere for them to go, and the best option is the school for the white kids. Ellis and his ilk come to loggerheads with Atwater and her supporters but it’s the unexpected common bond that they have between them that helps bridge the huge gap.

You can easily see where a film like this will take you but it’s still a wonderful and edifying journey. Racism isn’t always a comfortable topic but that doesn’t mean it’s any less important to study even in such an entertaining film as this. It sure helps that Henson always plays fierce characters and Rockwell always plays charismatic. Thankfully, he doesn’t do his weird dancing in this tale. It wouldn’t work. Both actors are always immensely watchable and their talents serve to elevate the movie overall and the character arc that Ellis experiences is still one that should lift the spirit. This is a story of redemption and good overcoming evil. In lesser hands, the predictable plot could have turned this into a dimestore TV movie of the week. It’s still a bit hammy, but when you’ve got a real Cyclops as a character then you’ve got to expect it come off as slightly akimbo.