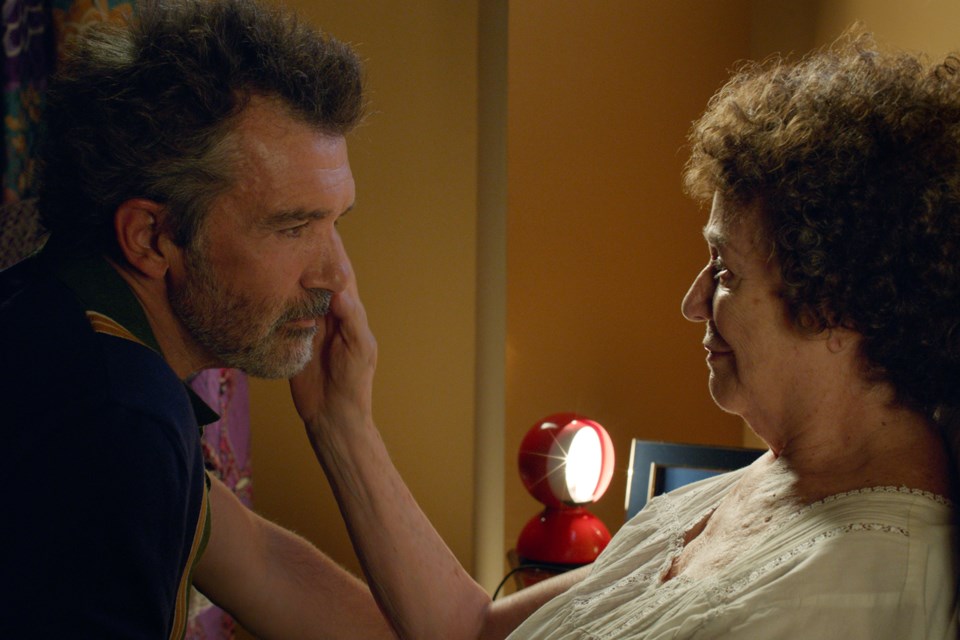 Pedro Almódovar's tender Pain and Glory is the third of a series of films about male film directors. They're all wonderful. MONGREL MEDIA/Photo

Written and directed by Pedro Almódovar

Rated: 14A for coarse language, substance abuse, nudity, and violence

If you’ve never watched an Almódovar film, they’re all treats. His works are dialogue heavy and filled with rich and inviting characters. They are films you wish you could step into, films you wish would never end. They’re that wonderful. They’re also dense films where the pace could be considered glacial by some, marvelously multilayered by others. He doesn’t crank these creations out like so many directors whose work ethic is based on streamlined assembly line factory output. In many ways, they’re all extremely personal, or at least they come off that way. At the very least, they usually have pretty wonderful titles, this new one withstanding.

Pain and Glory (Dolor y Gloria) is the third in a trilogy of works (including Law of Desire and Bad Education) about male directors, which seems to add much credence to the autobiographical nature of these stories. That's supporting evidence, as is the very Almódovar-ian hairstyle worn by Antonio Banderas here.

Banderas plays Salvador Mallo, an inactive director who is struggling to get his creative spirit fired back up, a great challenge as he is not in the best of health. Through a series of flashbacks and vignettes from his current life, we get the full view of Mallo as a person: the important relationships and moments in his life, both good and bad, and the weight they incurred on the decisions he has made and his behaviours. Just as it feels as if his career and his life are effectively over, chance encounters allow him the opportunity to reflect and take stock of his accomplishments and the burdens he has carried for many years, decades even.

All of that might not seem like exciting filmmaking, but I strongly urge you to give it a try. Almódovar is a modern master and auteur who is as interested in his own creations as he is in the artform itself. He demonstrates the ease at portraying the psychology of a fictional character and makes it interesting visually and intellectually. He has a style all his own.

Pain and Glory is a tender and poignant film about mortality and mentality. It shows how moments can have long-lasting effects and that it’s never too late to make amends for past mistakes. It’s a real thing of beauty.