Where'd You Go, Bernadette is a feel-good flick at rock bottom 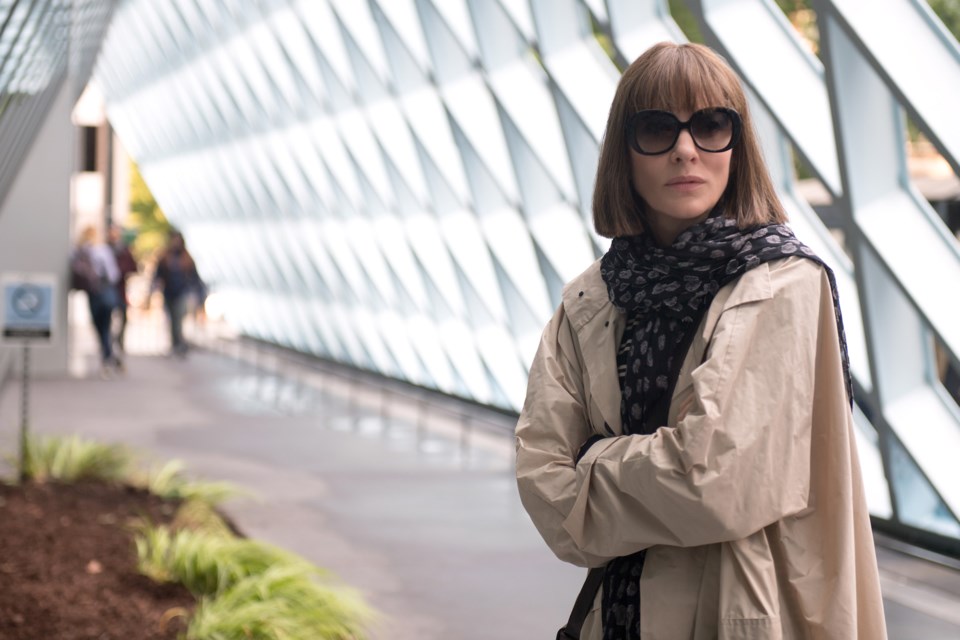 Cate Blanchett plays the titular character in Where'd You Go, Bernadette. She's a reclusive genius struggling to get herself and her artistic architectural designs back in action. The film plays as part of the new winter 2020 Reel Mondays series on January 27. ANNAPURNA PICTURES/Photo

Rated: PG for coarse language and substance use

Playing on Monday, Jan. 27, at 7 p.m. as part of the Reel Mondays film series, a fundraiser for the Friends of the St. Albert Public Library in support of the St. Albert Readers' Festival. Tickets are $15 each or $60 for the entire series of 5 films. Visit sapl.ca or call 780-459-1530 for more information.

We've all probably been there: the end of our respective wits. If we had the chance to look back at those moments at rock bottom, we might have laughed at some of the comical notes and tried to prevent the utterly horrid ones.

Where'd You Go, Bernadette demonstrates this fairly accurately, starting off with a comical look at the jaded, misanthropic, angst-ridden title character played by Cate Blanchett. She's a former architectural wunderkind who seems to have inexplicably disappeared from public consciousness for two decades. Disappearing is something she seems to have an affinity for, as it turns out. Marriage to Elgie (Billy Crudup) should have turned them into a creative power couple but there's something in her past that crushed her spirits and quashed her artistic drive. Instead, she becomes a recluse, a shut-in who has a fabulous relationship with their daughter Bee (Emma Nelson) but whose primary relationship during the day seems to be her virtual personal assistant based out of India. Everyone else seems to want nothing to do with her, including Elgie. This family would be struggling to keep itself from disintegrating if it seemed like any of them were active in the fight.

The story sure makes you wonder what happened to this happening artist before she dropped out. It dangles a few carrots to tease the viewer along for the first half, but spends most of the time watching her avoid people and engaging in various levels of antisocial behaviour when she can't avoid them. Some of it is cringe-worthy; some is fairly snippy. She talks up a lot of shade behind people's backs just as much as they do her. This world is populated by people like the busybody perfectionist neighbour Audrey (Kristen Wiig).

It's only when things come to a head – when Bernadette reaches her crisis point and just leaves – that the plot actually moves forward. What started off fairly playful crescendos at a very steep incline. It comes a bit late in the movie for my liking and the movie's tone seems a bit uneven otherwise as well. Its huge redeeming factors are in how well-made the movie is, how well-acted too, and for its central message about how creative people must create lest they become a menace to society and to themselves. Overall, it's a delightful view of one person's triumph over their own psychological setbacks and professional failures. There's much value there.

Still, I can't believe Crudup's hubby Elgie could be such a jerk to his wife, a MacArthur grant-winning architectural genius. Did this guy really think it was cool that she turned into a helicopter parent to their only child, while he immerses himself in his very important work? Jerk.