Ford’s Explorer has been a successful model since it entered the Sport Utility market many years ago. It has also become a capable rig for police work. So it must be a good SUV, right? Well yes, but I think the time is near for a refresh.
0
Mar 14, 2018 1:00 AM By: Garry Melnyk 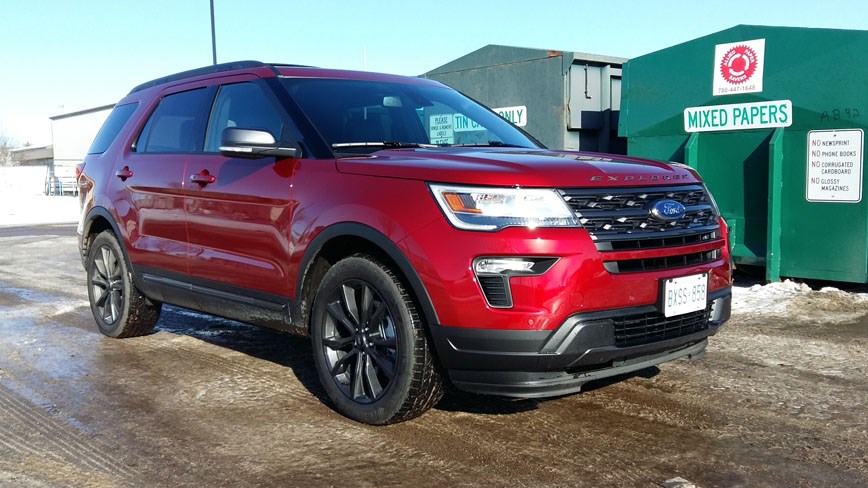 Ford’s Explorer has been a successful model since it entered the Sport Utility market many years ago. It has also become a capable rig for police work. So it must be a good SUV, right? Well yes, but I think the time is near for a refresh.

Not much has changed for the 2018 model year. There are five new wheel designs and some paint and trim changes. The new Safe and Smart option package combines some of the Explorer’s active safety features into an easier-to-order bundle. Also new to the options list is a 4G LTE Wi-Fi hotspot.

Inside the interior isn’t much changed from the previous model year. You get huge, comfortable front seats with lots of stretch-out space. Ditto for second-row passengers. Headroom is also abundant. As for the third row seats, have fun getting back there. They’re only good for kids and getting to them is quite a chore. Though that is not much different than in many other similar vehicles out there.

Back to the front seat for a moment where you get a great view out the front windshield. Wide centre pillars make over-the-shoulder blind spot checks difficult while small rear windows and thick pillars restrict your view out back. I’ll give a thumbs up to the large side mirrors, which make up a little for the shortcomings of the windows.

Nothing has changed to the powerplants for the Explorer. The base V6 and optional turbo four-cylinder engines are both adequate for most consumers, but I think the four would do a lot of huffing and puffing on a trip through the mountains. You can get a twin-turbocharged V6 in the Sport and Platinum Explorer models. My test XLT had the standard 3.5-litre V6 putting out 290 horsepower and 255 lb-ft of torque. Adequate, but a little thirsty for fuel gulping three quarters of a tank in only 344.2 kilometres.

The Sync 3 infotainment system is intuitive and fairly quick in its performance. For families it’s important to note most every connectivity feature is offered on the Explorer, but unfortunately very few are standard. Capable of connecting up to 10 devices, the Explorer’s new, optional 4G LTE Wi-Fi hotspot keeps the whole family online and entertained which is a big plus for long road trips with antsy kids.

On those trips on the highway or around town, the Explorer benefits from an extremely roomy cargo area behind its second-row seat. Actually even with the third row up there is still a lot of cargo space. For the little things you have to stow, like juice boxes, sunglasses perhaps, there are various cubbies and bins throughout the large passenger cabin.

On the road the Explorer certainly rides as well as any other SUV in its class. Steering feel on centre is a little numb, but not unexpected. After all it’s about getting through the snow or mud or more than likely soccer moms getting the brood to the game or Dad shuttling the kids to the hockey rink.

Overall the Explorer is good, but showing its time for a major update. Still with a price of entry at $34,899 you can option up and get a lot for your money. The 4WD XLT model I drove with the right mix of options can be had for under $45,000. If you really must impress the neighbours the high zoot Platinum starts at $60,699.